FOR the past few years, the holy grail for smartphone makers was to have a complete slab of glass that could show just how brilliant a display could be without being blocked by a notch housing a front-facing camera.

Apple first moved towards this trend by maximising its iPhone’s screen surface area as much as it could and introduced a square notch, much to the chagrin of fans and critics alike. Later, other smartphone makers such as OnePlus, Vivo, Oppo and Xiaomi, began minimising the notch size, which resulted in what is known as a ‘teardrop’ design, to make it less obvious.

Samsung’s answer to this was to completely do away with the notch and instead design a retractable camera that will pop up and swivel around when users want to take a selfie. This is personified in the latest Samsung Galaxy A80.

The A80 is the first true bezel-less and notch-less smartphone on the market. So how does it achieve this? The talk of the town is a design that uses the row of back cameras that is elevated and flipped around as front cameras whenever a user engages it on selfie mode.

Some may consider it revolutionary technology while others may feel it’s gimmicky. But given how contentious the presence of a notch at the front of the smartphone can be, I am not surprised by the polarised viewpoints.

IMHO, I’m part of the latter group of users that feel it’s gimmicky, as I’m not a fan of this design for a number of reasons, though I must commend Samsung for trying. Firstly, having the motorised camera setup makes the phone very heavy and bulky. The A80 weighs in at 220g, which far outweighs most smartphones on the market.

Secondly, having extra moving parts on a phone necessarily means that there could potentially be problems. Next, I did find that after flipping it back and forth, the innards of the moving slab attracted quite a bit of dust particles and fingerprints. Finally, while I didn’t experience it per se, I did read other reviews that complained about the camera’s swivel function getting stuck from time to time.

The glass-wrapped smartphone feels sturdy and the look does exude some class. But I found the package just too big for my hands and the weight bothersome. The display was nice though and while the lack of the notch is a big deal with a lot of people, I don’t find the fact that it’s notchless that big of a deal. The A80 sports an in-display fingerprint reader and has a single-firing speaker at the bottom. It has no headphone jack, no SD-card expansion slot, and no wireless charging.

The A80 came equipped with Android 9.0 Pie and that’s good news, while the user interface is its latest One UI. I’ve never personally liked Samsung’s previous UIs but this One UI isn’t too bad, and reminded me of the Samsung Galaxy S10 I reviewed sometime back. However, I do find the rounded edges on the icon folders a tad kiddish for my taste. I suppose one way around this is to use a custom launcher such as Nova Launcher should you wish to.

Samsung is still offering its Bixby assistant but enough has been said about how it performs and as noted in the past, I never find the need to use it. The good thing though is that Bixby is there for those who want to use it but Samsung has omitted a dedicated button to invoke the feature.

Battery performance was mixed. On light days, it just about got through the day. On heavy usage days, particularly when tethering to my laptop, screen-on-time (SOT) suffered. On a good, light day, I could get away with just under five hours of SOT. Other times, less than four hours.

While watching a 90-minute Netflix movie at full brightness, the battery percentage fell about 16%, which isn’t that bad but not great either. Recharging was quick, courtesy of the 25-watt charger which went from zero to 50% in about 35 minutes.

Applications performed OK in most areas of multitasking, including video, audio, several web browsing pages opened, while engaging in email, productivity and messaging functions. I didn’t find any serious lag in performance and the Snapdragon’s 730 mated to 8GB of RAM memory did well. However, there were times I did find opening applications a tad slower than my own OnePlus 6T phone.

But the biggest performance let down by far is the fingerprint reader. It was slow, unresponsive and inaccurate to say the least. Compared to my OnePlus 6T, it performed poorly. Just to note, the in-display fingerprint sensor is optical not ultrasonic like the one found in Galaxy S10.

While I didn’t expect it to get such an advanced sensor at this price point, I did think it should get basic functionality right. There were times I would come at the sensor at a different angle and it just didn’t read my fingerprints properly. I never had that problem with the OnePlus 6T.

Another let down was the single-firing speaker, which just wasn’t loud enough. Tonal quality also wasn't all that great and sounded thin while watching movies. 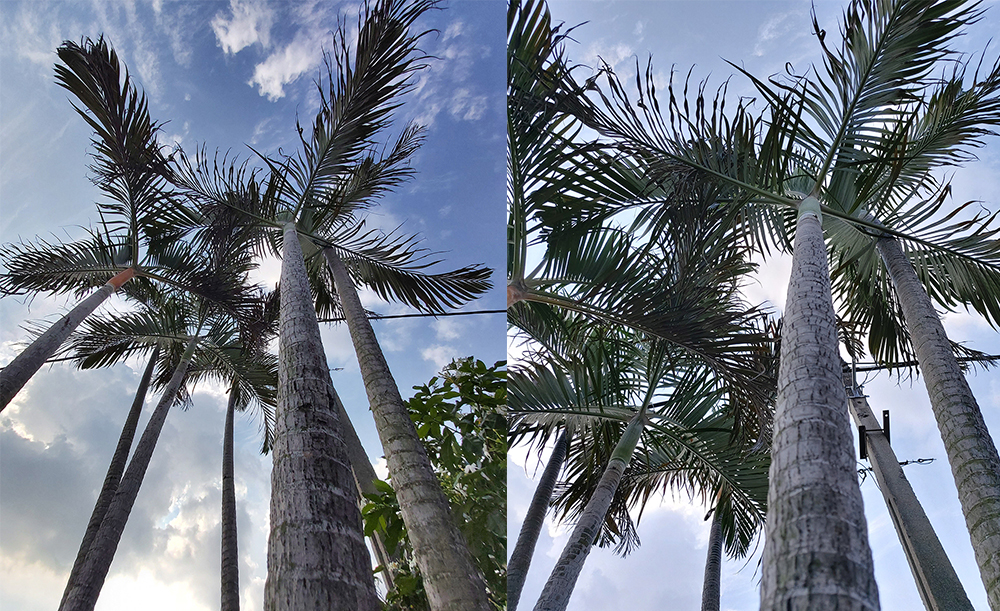 After so much talk about the design of the flip camera, we now come to its performance. Day shots were generally ok but night shots weren’t great. I found that there was too much noise in the shots compared to other smartphones I’ve reviewed in the last year.

There is no optical zoom on the unit, only digital zooms, so don’t expect great quality zooms from the A80. The next feature to talk about is the ToF lens. To get a primer on these kinds of lens, check this out. Essentially, the camera uses infrared to estimate the depth in order to capture accurate information for bokeh effects and 3D photography.

As a result, the portrait mode pictures were nice. In particular is the ToF Live Focus Video, which produces great bokeh effect in video mode, a stand out feature that most smartphones do not have to date. The ultra-wide mode is another good feature on the A80 as it captures quite a wide view and was great to use.

At RM2,399, the A80 IMHO is far too expensive for a smartphone that doesn’t give you much more than the competition. Ironically, even the Samsung A50 may be a better buy at a cheaper price. Except for the novel way the camera is designed in order to give a notchless design, I don’t find the A80 having too many unique selling points.

For that price, you have a number of alternative models from various other brands in the market. Battery life was OK, and camera picture quality was also passable.

The fingerprint reader was a major downside and while the build quality and screen were its strongest points, I can’t honestly see which segment of the market this smartphone is built for.