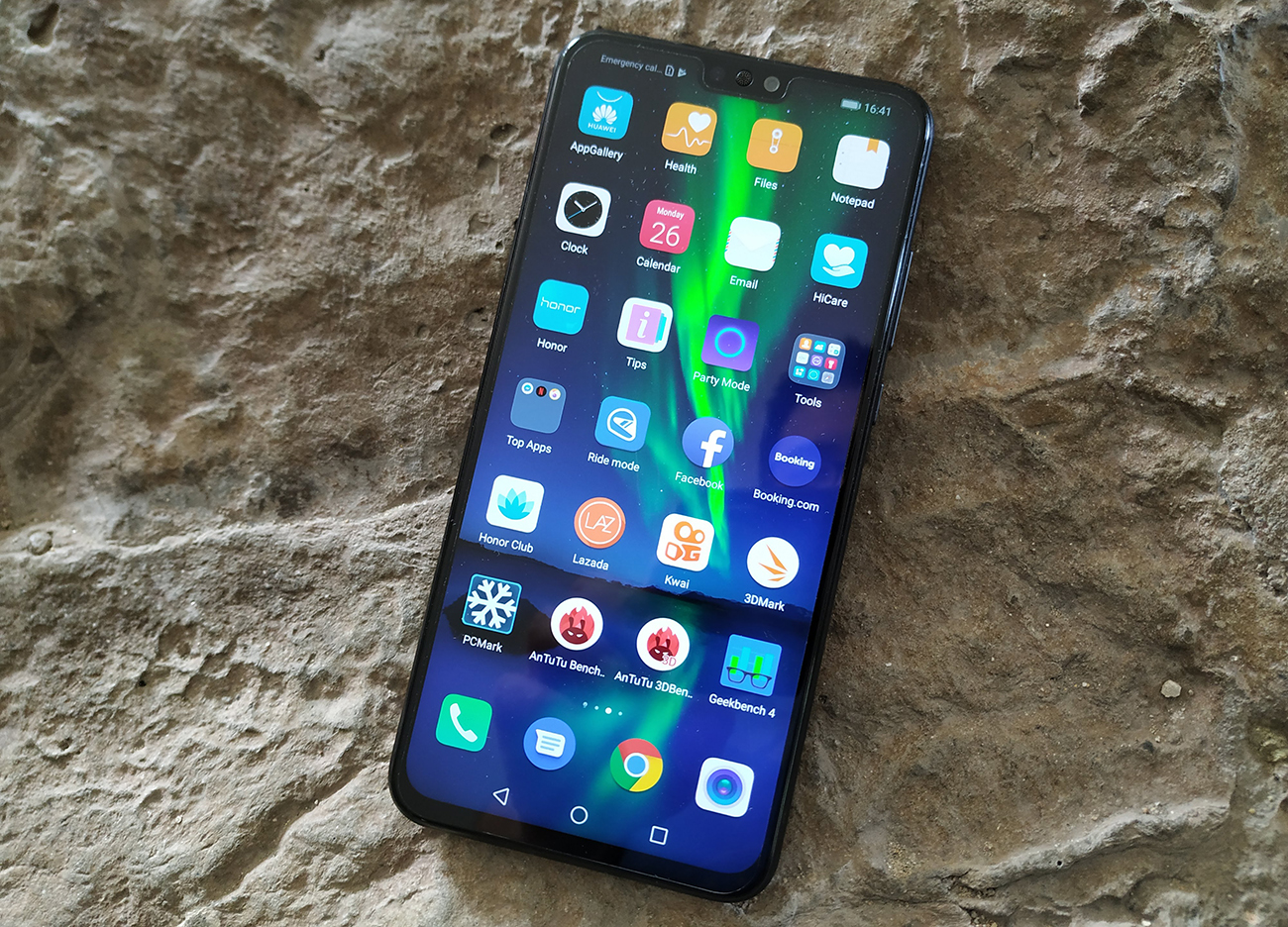 HONOR has come a long way from being the more affordable version of Huawei phones. Now, truly able to stand on their own two feet, the brand seems confident enough to introduce an interesting mid-range model in form of the Honor 8X.

At a glance, the Honor 8X has a surprisingly stunning design. Glossy textured glass back finishes are certainly in trend this year and the Honor 8X does captivate one’s attention as the light dances across its metal rim and reflective surface.

The 6.5-inch Full HD+ (2,340 x 1,080 resolution) display is of the notch variety. At the very least the screen exhibits bright and vivid colours, so I didn’t have much to complain about in terms of image quality. I must admit that it is impressive that Honor managed to cram such a large display within a phone that is only 7.8mm thin. Needless to say, the display is so big that it blankets the front offering a 91% screen-to-body ratio. A combination of metal and gradient glass completes the look though I have to say that the glass does make the Honor 8X rather slippery. This means if the surface you place it on is not completely flat, there is a good chance it will slide right off, risking a bad fall and a cracked screen.

I would say the phone is solidly built. It certainly doesn’t feel cheap but at the same time one needs to be careful with it as it lacks any IP rating that protects it from water or dust damage.

It didn’t come as a surprise that this phone only has a microUSB connector on the bottom. Most of its peers typically come with this option. Nevertheless its inclusion means that you get a fairly dated port with slower data transfer speeds and the need to bring yet another type of cable if your other devices use USB Type C. 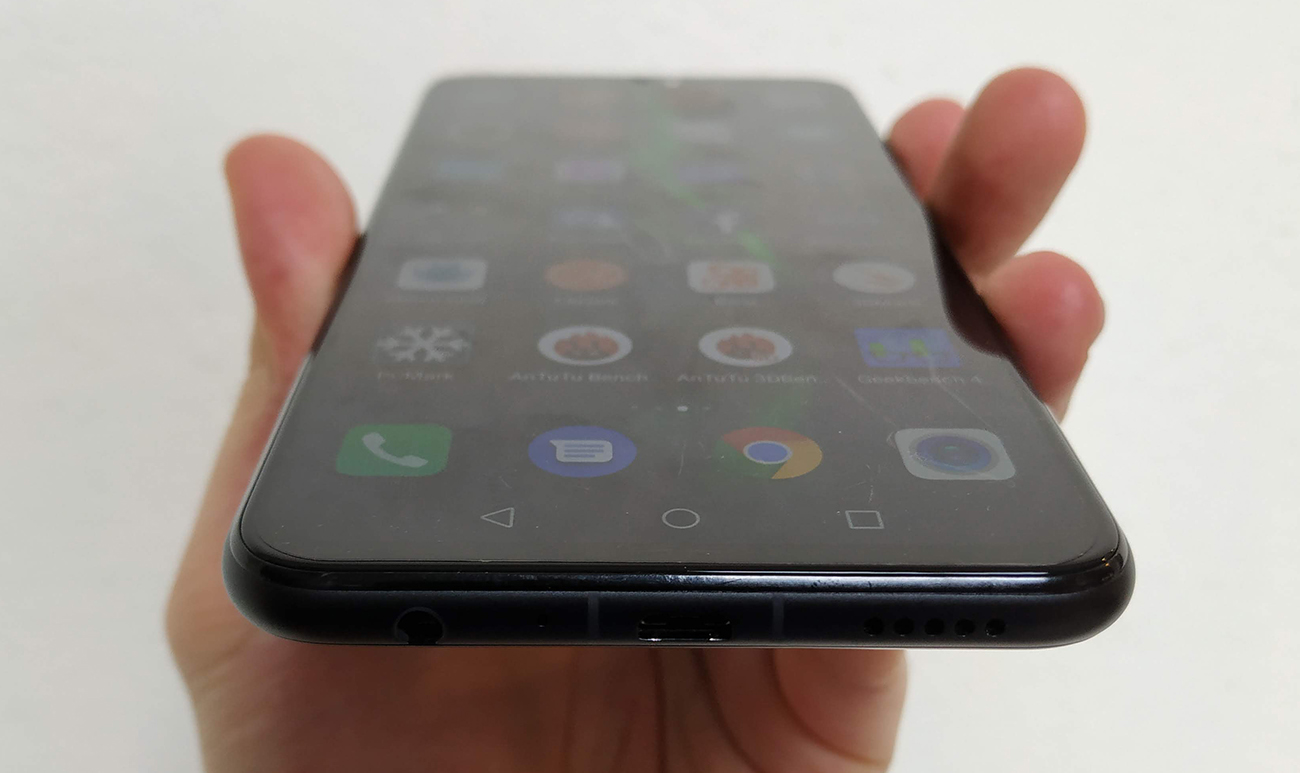 On the bright side, the Honor 8X has fast-charging capabilities though you shouldn’t expect to charge as quickly as a high-end Huawei phone.

In terms of audio output, the sound only comes out from the bottom-facing speaker as the top-mounted speaker is reserved for calls. That being said, the speakers were sufficiently loud but the drawback is it doesn’t sound as good one of those dual-speaker phones.

Security wise, there isn’t much to complain about here. A fast fingerprint reader makes unlocking the Honor 8X easy. There is also the inclusion of a Face Unlock feature but it is admittedly less secure than the fingerprint reader.

On the inside, the Honor 8X features a Kirin 710 processor that puts it firmly in the mid-range. Considering that some of its competitors offer flagship processors at a similar price point, it is a tough argument to make.

The review unit I received had a modest 4GB of RAM and 128GB of internal storage, which is plenty of room for a phone at this price point. Though I find it hard to believe that 128GB may not be enough but there is an option to expand with a microSD card. Thanks to the triple card slot you can still fit a microSD card in without sacrificing a SIM card slot.

Putting it through our usual benchmarks, I found the Honor 8X to be quite a competent workhorse as it zipped in and out of different apps without any problems. Frequently used apps like Facebook, Twitter and Chrome ran without a hitch.

However, one area of weakness is gaming. The included Mali-G51 MP4 GPU simply isn’t well equipped to handle graphically intensive games. Needless to say I was forced to reduce the graphics setting to low or medium in order to get certain games running smoothly.

Honor’s EMUI 8.2 that runs on top of Android 8.1 functions fine. It isn’t close to stock Android by any means but it does offer a ton of customisation. However, I found the inclusion of several pre-installed software on the phone to be rather annoying as it takes up precious space.

The Honor 8X packs a 3,750mAh battery that is big for a phone of its size but given the size of the screen it needs to power, it definitely needs the extra juice. Still, I managed to get a full day of use from it without any problems, clocking in around 13 hours with moderate to heavy usage.

Want to squeeze more juice out of the Honor 8X? Honor has included two additional power saving modes, one regular and the other ultra power saving. No prizes for guessing which saves more but I can say that with ultra power saving turned on, it can easily last three to four days without a charge. Now we come to my favourite part of the review. The camera. The Honor 8X features a dual camera setup on the back. The primary camera is a beefy 20-Megapixel shooter with a f/1.8 aperture and Phase Detection Auto Focus while the second is a lowly 2-Megapixel shooter that is primarily used for depth detection.

In my experience, the Honor 8X worked admirably under the best of lighting conditions but then again most cameras can. It lands well-lit shots with good accuracy and the captured images at the very least don’t exhibit over-saturation.

Honor says that the Honor 8X boasts an AI camera similar to its higher end cousins and from tests I conducted, it does indeed recognise up to 22 different scenarios, automatically adjusting the settings to best suit the scene.

When the sun goes down, the Honor 8X struggles with capturing low-light shots. There is a significant amount of noise and images often tend to be underexposed. The lack of any image stabilisation also frustrated me as I often got blurry photos.

In other bad news, video recording is capped at Full HD at 60 frames per second. Sadly, the lack of 4K recording options is all too common at this price point.

But, it is not all doom and gloom for the Honor 8X. The one bright spot in its otherwise terrible low-light performance is the inclusion of Night Mode. I can say that this mode functions very like the P20’ Night Mode. Hit the shutter button and a four to 20 second timer counts down and indicates how long you need to hold the phone still as it exposes for the scene.

The results are quite literally like night and day with the Night Mode shots looking much brighter, if not a little strange as it lights up dark scenes even the human eye can’t make out. While this sounds great, it is not a surefire solution to the bad low-light performance. I found that I really needed to keep still to take full advantage and without any stabilisation, even my best efforts came out blurry. Not forgetting selfie lovers there is a 16-Megapixel front-facing camera with f/2.0 aperture. Despite not being a selfie lover myself, the few selfies I tried out tended to be over-exposed and blown out as the camera over compensates to expose for my face. n closing, the Honor 8X is a good looking phone but it is not without its flaws. The giant size screen is great for media consumption and browsing though users with smaller hands may find it challenging to use.

The premium feel of the Honor 8X’s design is a standout feature while the day-to-day app performance is good enough for any user. All this packed within a phone that is just RM949 at retail, is certainly impressive.

The Honor 8X ultimately has some good points and some down points to consider. If you crave a phone with a massive screen but still feels manageable and don’t mind the subpar gaming performance and middling camera then consider the Honor 8X. 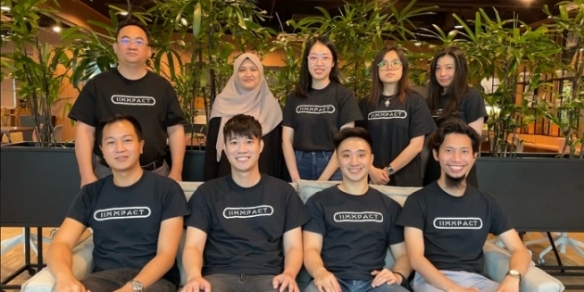