THE thing about a lot of laptops these days is that you’re spoilt for choice if you’re targeting something that is in the sub-RM3,000 range. However, if you’re in the market for something a tad more expensive and powerful, then perhaps the field may get narrower.

There are some worthy contenders at the sub RM4,000 range such as the Dell Vostro 5471 that is on review today. Dell has certainly been at the forefront of laptops and is already a household name in making some of the best devices there are on the market, such as the high-end Dell XPS 15 Digital News Asia reviewed last year.

So how does the more mid-range Vostro fair? Let’s find out. 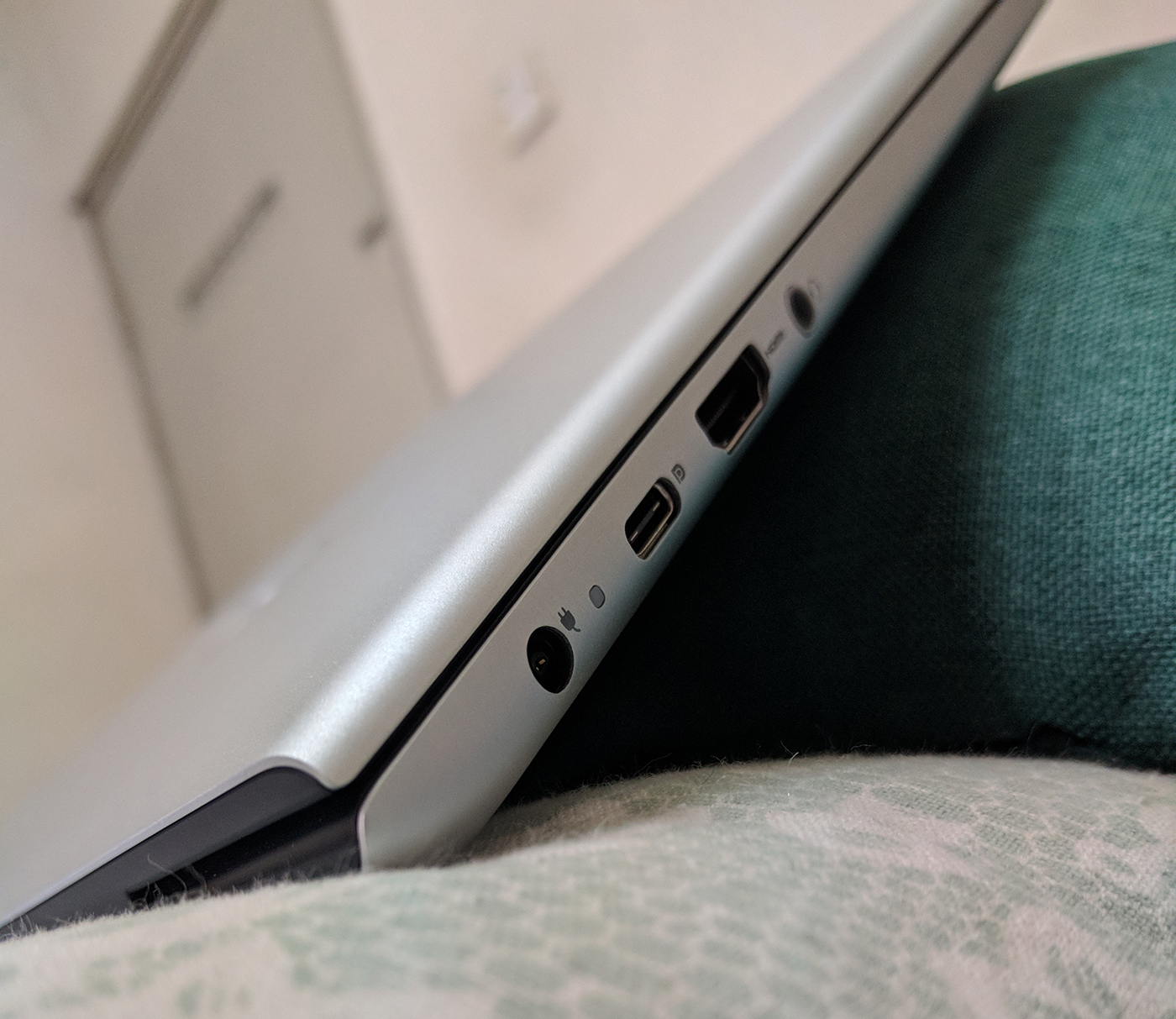 From an aesthetic point of view, the Vostro isn’t the most striking of laptops in the market and in fact, it exudes more of a no-nonsense kind of look. On the left side of the laptop, you have the power jack; a USB 3.1 Gen 1 Type-C port; a HDMI port and the 3.5-inch audio jack. On the right side you have the SD memory card reader; two USB 3.1 Gen 1 Type-A ports, (one of which has a powershare function); and finally, an RJ45 port. The looks and specs squarely put the Vostro 5471 as a business machine and as such, it isn’t designed with ultra-portability in mind, so it’s a trade-off you’ll have to accept.

Opening the cover, you’ll see the power button on the right side. The power button also sports a fingerprint reader for extra security. The screen comprises a 14.0-inch FHD (1920x1080) anti-glare LED-backlit display that is powered by an AMD Radeon 530 Graphics with 4G GDDR5 graphics memory.

The IPS screen is bright, the colours are quite balanced and the resolution is pretty good given its FHD specification. Viewing angles were also quite good; I did not notice a lot of changes and screen brightness wasn’t compromised too badly viewing it from the sides when watching videos with it.

The keyboard layout is pretty spacious and it comes equipped with backlight, which is a nice touch for situations where you have dim lights such as on a plane. The pitch for the keyboard is quite comfortable and for the most part, typing wasn’t an issue. Finally, the Vostro 5471 sports a 720p HD camera with built-in microphones for conference calls. Overall, the Vostro 5471 is a little staid-looking, but it’s functional enough as a mid-ranger device designed for the business person in mind.

The main selling point for me on this unit is twofold; firstly, the fact that it has both SSD and hard drive, albeit this makes the machine heavier; and secondly, two USB-A ports and one USB-C port is a nice touch giving most users enough to get around with. The addition of the fingerprint reader, SD card and HDMI port is also a plus point.

Being a business laptop equipped with 8GB RAM and Core i7 processor meant that day-to-day activity on the Vostro 5471 is a cinch. I didn’t find any lag when running multiple Google Chrome tabs, with multiple other programmes running in the background such as music and video streaming like Netflix all opened at the same time.

Some reviews I’ve seen complained about the performance when playing games on this unit. However, it must be kept in mind that this isn’t what the device is built for. Having merely a base Intel 620 Graphics card isn’t quite going to cut it where high performance games are concerned.

So, if you’re a regular business user, you would find that the Vostro 5471 performs well in typical situations. I also found the startup time for the unit quite good and this is no surprise as there is a combination of SSD and hard drive in this unit.

A lot of laptops are beginning to offer this option simply because there is a trade-off between the quick performance of SSD and large storage space, which is much cheaper when delivered on a hard drive.

With 128GB of SSD for the regular working files and the option to shift large video files to the 1TB hard drive, you’re pretty much protected from running out of space. And if you need faster performance without adding weight, there is the SD expansion slot option.

Speaking about performance, the Vostro 5471 didn’t give out too much heat while running most apps. I only experienced a slight rise in temperature when streaming on YouTube as that is to be expected.

The one thing that irked me was the audio quality and volume. When streaming Netflix, I found the audio ‘thin’ and lacking in punch. It was also not as loud as I would have liked it. This is something you best check when considering the unit.

Also, battery life could have be slightly better. For the most part, I managed to squeeze about a working day out of it, but some days, it only went up to two-thirds of a day, depending on what you’re running in the background.

The thing about this is that if it’s a business laptop, this is kind of a let-down as you certainly don’t want to be caught off guard having to run around hunting for a plug point if you needed to give a presentation at the end of a business day.

As for the teleconference via the webcam via Skype, the tests I conducted were satisfactory; don’t expect 4K resolution but with a 720p camera over a stable broadband WiFi connection, it worked satisfactorily.

Meanwhile, trackpad usage was pretty good and given the generous space, it was quite easy to maneuver around. Finally, the only bundled software is the base Windows 10 and McAfee Security, both of which are fine to use. I would say that the Dell Vostro 5471 is a pretty straightforward business-based laptop to use. Its ergonomic lines to me were OK but some people did comment that its staid-looking design turned them off.

The only thing I have to complain was the battery life performance and the fact that the pricing is a little high. At RM3,799, it’s premium to pay for but do bear in mind that this is a Core i7 unit with both SSD and 1TB hard drive.

While the price may benefit the specifications, a buyer may wonder if he could get something less, say a Core i5 unit with SSD plus an external hard drive for extra space and still pay less than RM3,799 for it.

Like I said, there are many laptops these days to choose from and having separate combinations could be an option one could consider. Outside of this, as a complete unit, I would say that the Dell Vostro 5471 is a pretty complete deal.