THESE days, the PC manufacturer Dell has a falling problem. Along with global PC sales, its own sales are dwindling. The former world number one is now third, behind Lenovo and HP. To make matters worse, smaller manufacturers like Asus and Acer are snapping at its heels.

According to Digitimes Research, all-in-one PC shipments declined 3.9% in 2015 and will reach around 13 million units this year. In other words, compared to the total projected PC unit sales of over 300 million this year, the Dell Inspiron 24 7000 all-in-one is aimed at a niche market dominated by the Apple iMac. It is clear right at the outset that the Inspiron 24 7000 is not an Apple clone - far from it. The buyer is faced with a large 23.8-inch screen with rather large bezels. The screen is enclosed in a metal frame. But the rear side is all plastic. The screen rests on a diminutive metal base which holds most of the ports. The monitor stand has a double hinge. This enables it to go completely horizontal on a table and be used as a tablet, albeit the world's thickest tablet.

The screen itself is an IPS touchscreen display with a resolution of 1920 x 1080 pixels. The resolution is adequate for its size, but hardly exceptional. It is also glossy. This means you will need to adjust the brightness settings in a brightly lit office or home environment. To its credit, even in its brightest setting, the Inspiron 24 7000 screen produces excellent colours.

All the unit's ports along with the speakers are located in the base unit. On the two sides, there is a SD card reader, four USB 3.0 ports and a 3.5mm headphone jack. The rear side has an audio out port, ethernet, two USB 2.0 ports and a HDMI in and out ports. The HDMI-in is a nice addition as it gives you the option to use the screen for another PC.

The major standout feature of the Inspiron 7000 is the Intel RealSense 3D F200 camera with face recognition capabilities. The three-camera setup includes a depth camera, RGB colour camera and an infrared laser projector to detect faces and hand gestures. The colour camera is also a standard webcam and is capable of capturing video at up to 1080p at 30fps. The Intel camera also accounts for the screen's rather thick bezel.

The Inspiron 7000 uses a sixth generation quad-core 'Skylake' Intel Core i7-6700HQ processor running at 2.6GHz. It also includes 16GB of DDR4 RAM and a Nvidia GeForce GTX 940M mobile GPU with an additional 4GB of video RAM. The Inspiron 24 7000 can have a 1TB or 2TB 5,400RPM mechanical hard drive. The mechanical drives can also be paired with a 32GB SSD which can hold the operating system.

Overall, this means the Dell all-in-one has roughly the same internals as a mid-range laptop.

As expected, the Dell Inspiron 24 7000 does well in CPU performance. But it is not all rosy in games and 3D applications. The Nvidia 940M, despite being a discrete GPU, is only marginally faster than Intel's own integrated HD Graphics core. So playing any kind of modern games is out of the question. This all-in-one is also not going to be a major contender for the hardware-intensive CG industry. It is very much a device for the office.

Our version of the Inspiron 24 7000 came with a trial version of Office 365. Using Intel's RealSense camera and Windows Hello (Microsoft’s biometric login solution in Windows 10), you can log in without touching the keyboard.

But there is a shortage of apps to make good use of the camera. There are some apps which will scan your face and include it on a 3D avatar for supported games and applications. It is definitely useful for a modern Narcissus, but not a whole lot for a regular office user.

Dell should be given credit for trying to innovate with the Inspiron 24 7000. Far too many products we see these days have a 'me too' feel about them and that is certainly not the case with the Inspiron 24 7000. Although it does not set any speed records, this Dell all-in-one is stylish and versatile. It is a worthy challenger to the iMac and other PC iMac clones. It is also ideal for a cramped office table. 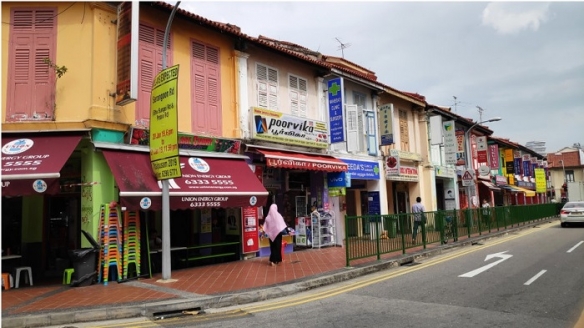