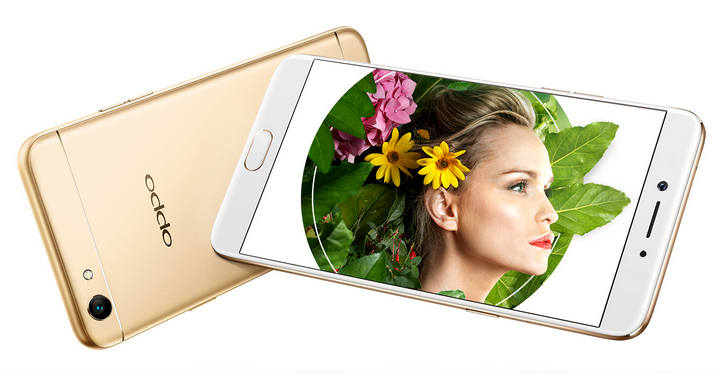 IN ITS never-ending bid to please selfie lovers, smartphone maker Oppo has announced yet another affordable model, the A77, which is available now in Malaysia and is priced at US$303 (RM1,290).

The new handset comes in gold or rose gold with the main highlight feature being its 16-Megapixel front facing camera that has a wide f/2.0 aperture for allowing even more light into the shot.

Adding to that is Oppo’s Beautify 4.0 software to help take elegant-looking shots with an added blurred background effect. There is also a Palm Shutter feature that helps snap a photo without having to reach for the button.

Oppo has included a 13-Megapixel camera rear camera that it says can snap photos at impressive speeds whether the subject is moving or in a dimly lit scene thanks to its Phase Detect Auto Focus (PDAF) technology.

The camera is also said to have an Ultra HD mode for snapping large resolution photos and an Anti-shake 2.0 function to help keep shots clear.

With attention to detail and precision design, the A77’s 5.5-inch full HD screen is complemented by a narrow 2mm wide bezel compared to Oppo’s previous models like the F1s.

Much like other Oppo handsets the A77 features a fast reading fingerprint reader that unlocks the device at a slight touch even when the user’s finger is moist.

It is not all just about looks with the A77 as a Mediatek MT6750T octa-core processor with 4GB of RAM and 64GB of internal storage gives the handset the power to multitask and switch between apps be it for work or play. Meanwhile, a large 3,200mAh battery helps keep the A77 going throughout the day.

The A77 supports not one but two 4G SIM slots to help keep you connected to high-speed Internet connections. An additional microSD card slot allows users to expand up to 128GB in size.