CHINESE phone maker Oppo has a name for itself with its selfie orientated camera phones. The F1s that DNA reviewed back in August was hailed as a budget selfie king that offered selfie lovers a capable phone that did not break the bank.

Oppo has followed up with the R9s, its latest contender in the mid-range segment that aims to deliver better photos not just in the front but also on its rear camera. But the R9s is so much more so let’s get into what makes it special.

Encased in an all-metal body the R9s’ design stubbornly follows the same design language set by its predecessor the F1s. While it looks like the R9s has taken inspiration from certain flagship phones, the design is still generic.

On the bright side, the build quality feels really good and solid. Though the R9s is a mid-range phone by definition it has a premium-like satin finish that is soft to the touch.

However, the smooth metal body feels slippery, making it easy to slide out of your hands. For this very reason, it would be wise to slip the R9s into a protective cover as soon as you buy it to prevent accidental drops.

The R9s is quite thin, measuring just 6.6mm thick and only weighs 147g. It is worth noting that this is one of the narrower smartphones in the 5.5inch class range, making it compact and more comfortable to hold than similar phones of its class.

Below the screen is a fingerprint reader that doubles up as a home button, though it is not a physical button but functions like the iPhone 7’s button in that it vibrates when pressed.

It is impressive that the R9s’ screen unlocks in just 0.2 seconds even with the screen off. Just tap and it wakes up almost instantly, letting you get straight to your tasks without delay.

Lastly, the dual-SIM card tray resides on the right side of the phone right next to the power button while the volume keys sit on the left.

When it comes down performance, the R9s comes powered by a Qualcomm MSM8953 octa-core processor which for better or worse isn’t the quickest in the market but it trades power for energy efficiency.

In everyday usage, I encountered no problems in the R9s’ abilities to handle regular web browsing and productivity tasks. The R9s had no problems running 3D graphics games like Riptide GP: Renegade or Star Wars: Force Arena smoothly during our test.

It comes as a surprise that the R9s is rocking a full HD resolution AMOLED display, a nice touch that gives it better contrast, vivid colours and was bright enough to be seen outside in sunlight.

To my surprise, the R9s’ built-in speakers are actually quite loud. Both music and calls sounded clear on the phone.

ColorOS 3.0 is the name of the flavour of skin Oppo has laid on top of Android 6.0. I will say off hand that I am not a big fan of the interface as it feels unpolished.

For example, in the pull-down menu, the phone defaults to show the quick settings instead of actual notifications.

This meant that every time I received a message or email, I would need to pull down the notification bar and swipe right to see them. On the bright side, I loved how the R9s comes with 64GB of built-in storage out of the box that leaves plenty of room for pictures and videos. In addition, the storage is expandable up to 256GB with a microSD card.

I did, however, find it odd that the R9s is missing Near Field Communication (NFC) connectivity in its feature set. It will be missed but it is not necessarily a deal breaker to most users.

The R9s packs a pretty hefty 3,010mAh battery that delivers a good full day’s worth of use. Having browsed the web, watched YouTube and played a game, I was impressed the R9s still had nearly 40% of battery left.

The battery also benefits from VOOC fast charging that should help get the phone charged and ready to go within an hour.

Much has been said about the R9s’ camera, so naturally, I was curious to see just how well its camera actually performs.

While last year’s R9 was hailed as a selfie camera phone with the emphasis placed on the front camera; the R9s upgrades the rear camera to even things out.

Both the front and back cameras sport 16-Megapixel cameras to appeal to both selfie-takers and those who prefer to shoot regular photos.

I am not much of a selfie snapper myself but the R9s comes with all the features you would want to take better pictures of yourself such as a bright  f/2.0 aperture lens and Beauty mode to enhance your looks.

With that out of the way, let’s look at the main improvement the rear camera. Firstly, it packs a Sony IMX398 sensor with an even brighter f/1.7 aperture to better take pictures in low light.

Autofocus was remarkably quick and accurate while in bright sunny conditions though it struggled a little in low light. Pictures were pleasing as they were sharp, contrasting and I even managed to take nice close-up shots complete with pleasing ‘bokeh’ effect (blurred background).

Low light performance is admirable and it is certainly ahead of its class. Though there is noise present in pictures but it is still very much usable.

The R9s has other modes to choose from like a token Expert mode for you to take manual control of the camera’s aperture, shutter speed and white balance settings. There is also an Ultra HD mode that combines six photos to produce a high-resolution 36-megapixel image. Perfect for you pixel peepers out there.

As a video camera, the R9s offers users the option between regular full HD or 4K videos.

Colour reproduction and level of contrast is good upon closer inspection plus the inclusion of electronic image stabilisation (EIS) that helps to reduce shaky footage. Mind you, EIS works to a degree but it still can’t fix very shaky videos taken while walking.

Shooting in 4K at 2,160-pixel resolution, videos were definitely more detailed than their full HD counterpart. Oddly, I found that EIS was absent when shooting in 4K and the slow shutter speed resulted in blurry footage whenever I recorded indoors or in low light.

So while photos are generally good, there is still lots of room for improvement in the video department for the R9s. Just stick to full HD mode and you should be fine. The Oppo R9s certainly offers plenty of bang for your buck with a nice compact yet solid build quality that reflects its ambitions to offer the feeling of being premium but at a price that is within reach.

Though the design is admittedly a little generic but the feature set within more than makes up for it.

It may not be a performance powerhouse but it is good enough for everyday tasks paired with some light gaming. I was quite impressed by its energy efficiency that I felt confident enough to leave my power bank at home.

The R9s’ very capable camera delivers good quality photos that are easily best in class but in terms of video recording, there is still lots of room for improvement.

In closing, the R9s shines when matched against the hotly contested mid-range phone segment. Sure there are some hits and misses but the overall package is a good fit if you want a smartphone that is power efficient and a good photo taker. 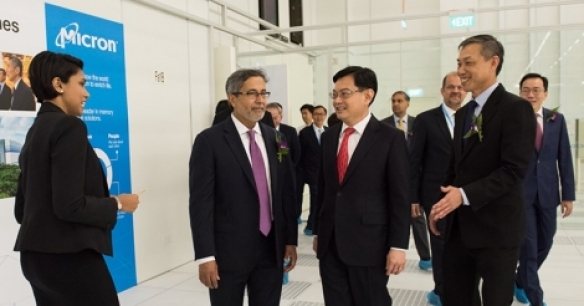