ANOTHER day and yet another Android vulnerability has been discovered. Four security holes in Qualcomm chips used widely in Android devices have left as many as 900 million users vulnerable to malicious attacks.

According to Israel-based security firm Checkpoint, the flaws dubbed QuadRooter is found in the firmware which control the Qualcomm chips. These could allow potential attackers to "trigger privilege escalations for the purpose of gaining root access to a device" using malware which would not require special permissions.

Patches are already available for three of the four holes. But most users are at the mercy of the smartphone manufacturers who need to send the updates and this is yet to happen in most cases. Owners of Google's Nexus devices have already had patches pushed to their phones. But other manufacturers are yet to follow suit.

According to Checkpoint, the "vulnerabilities can give attackers complete control of devices and unrestricted access to sensitive personal and enterprise data on them." The affected firmware is pre-installed on the devices at the time of manufacturing. This means that Qualcomm has to supply the bug fixes to the manufacturers or carriers first before they are transferred to the customers.

Without an advanced mobile threat detection and mitigation solution on the Android device, there is little chance that a user would suspect any malicious activity has taken place. If exploited, QuadRooter vulnerabilities can give attackers complete control of devices and unrestricted access to sensitive personal and enterprise data on them. Access could also provide an attacker with capabilities such as keylogging, GPS tracking, and recording video and audio.

This is hardly the first time that a serious vulnerability has been exposed in Android devices. For a list of the top 5 Android vulnerabilities discovered in 2015 alone, see this video.

At least this time, Google has the excuse that the actual security hole is with the underlying hardware, not its operating system. But this is small comfort to the affected users.

Even Google is frustrated by the slow pace of updates from the device manufacturers. Earlier this year, there were rumours that Google was planning a 'shame list' of hardware manufacturers who were tardy with security updates. The latest QuadRooter vulnerability and reaction to it might accelerate the creation of the list. 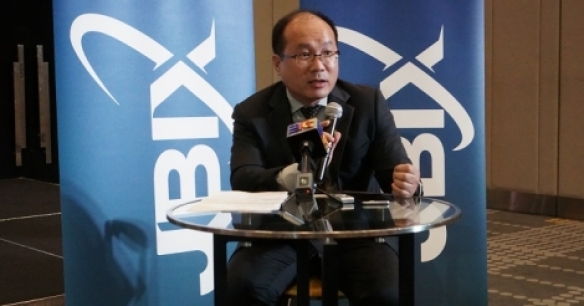 Cradle to crank it up, looking for more hard tech startups