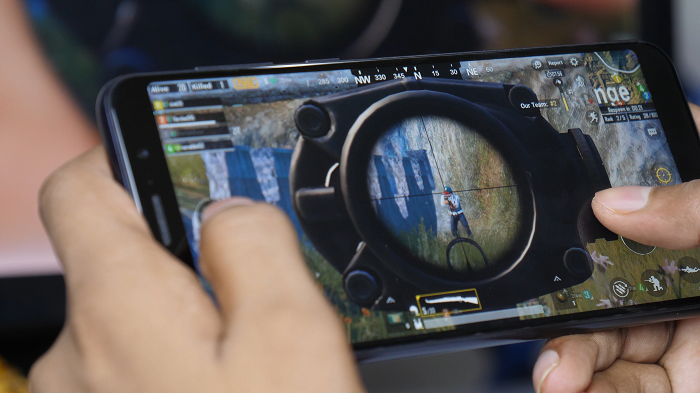 They form a minor niche in the smartphone market, and usually by companies already producing gaming hardware – the ASUS ROG phones and the Razer phones being examples.

But it’s not exactly a new thing. The history of cellular phones have been littered with attempts at producing phones that double as handheld gaming devices, most of them failures. Some may recall the Nokia N-gage, the first attempt that was launched in 2003, with its strange design and games that came in the form of MMC memory card cartridges.

The N-gage was soon followed by the N-gage QD, which sought to address the problems of the original (namely having an earpiece at the thin sides of the phone). There were other attempts by other phone makers, such as Samsung’s SPH-B5200 “Premium Gamephone”, which had a two-way slider.

The first true gaming smartphone, however, may be the Sony Xperia Play, launched in April 2011. Running Android, the screen can be slid sideways to reveal physical PlayStation controller buttons and virtual thumbsticks. Sony intended it to be a PlayStation Phone – it even has a store that sold classic PlayStation One games – but there was no follow up, and the idea of the PlayStation Phone faded into obscurity.

From the ashes of these failures are a new generation of gaming smartphones. Unlike the one-off attempts of the past, these gaming smartphones are seeing new iterations. We’re already seeing multiple new launches in 2019, including the Razer Phone 2, the ASUS ROG Phone 2 and, more recently, the Black Shark 2 Pro.

It may be the right niche at the right time. Mobile gaming is now a massive industry – the segment takes up 45% of the global games market, according to games and esports analytics market research company Newzoo. Gamers are expected to spend US$152.1 billion (RM635.8 billion) on games in 2019, and US$52.9 billion (RM221.1 billion) will come from smartphone games.

Some even consider mobile games as the future of gaming. Epic Games CEO Tim Sweeney, at the Games Developer Conference 2019, says that mobile games are becoming competitive with console games, and that companies throughout the industry are not taking advantage of the potential of handsets.

Mobile games have gotten more complex – games like Mobile Legends Bang Bang, PUBG Mobile and Fortnite Mobile aren’t just massive hits, but also manages to transition PC games and game types for touchscreens. And the more complex mobile game gets, the more optimised and powerful hardware will be in demand.

The 5G and cloud gaming boom

Upcoming trends in video games and telecommunication are also shining a favourable light on gaming smartphones. “We think that gaming smartphones and mobile gaming is the future of portable gaming. That’s because of the arrival of 5G and cloud gaming,” says Black Shark Global’s marketing vice president Yang Sun.

5G connectivity will be ushering lower-latency gaming, and in turn herald wider adoption of cloud gaming, which refers to a type of online gaming that allows players to essentially stream games from a host server on the cloud. Because the processes of running the game is handled by the server, gamers essentially don’t need powerful hardware to play more graphically-demanding games.

“Some may think that cloud gaming do not require powerful hardware, we on the contrary believe that there needs to be a higher-level hardware to support it,” Yang adds.

Hardware, of course, doesn’t just refer to more powerful processors and more RAM on a smartphone. Other aspects, from the screen to the speakers and other accompanying accessories, can make it into a more whole experience, and Black Shark is banking on that.

The Chinese company is perhaps the most uniquely positioned in the gaming market. Where its competitors like Razer and ASUS are already in the gaming hardware market before venturing into smartphones, Black Shark is conceived with the sole objective of making gaming-centric smartphones.

Xiaomi is one of the primary backers of Black Shark, but as the company’s executives are quick to point out, it is an independent entity.

Gaming forms a large part of Black Shark’s DNA. Yang says that 98% of its 500 employees are gamers, with 80% of them focusing on research and development. This, Yang says, is how the company is setting itself apart. 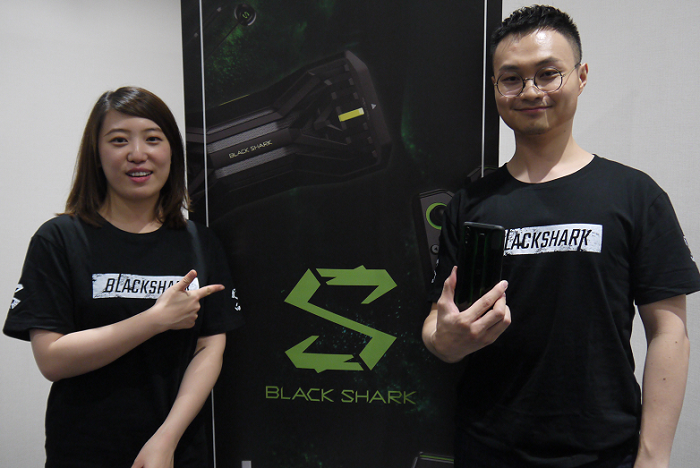 The result are devices with design choices that are geared towards gamers. As Black Shark Global product marketing head Lei Shi tells Digital News Asia, while there are no doubt smartphones that are similarly proficient for gaming thanks to powerful hardware, Black Shark instead focuses on the details.

Taking the Black Shark 2 Pro as example, the device has a screen with much faster response time as well as low touch latency, which translates to smoother and more responsive gameplay. A pre-installed software allows players to resize the digital directional pad on their games.

“These are small points, but if you’re a gamer and you play mobile games a lot, you will find them to be highly useful,” Lei says. “Most of our R&D staff are gamers. When we play games, we think of the features that we want, and then we add them to the phone. As gamers, you will be able to tell the difference.”

As for what they perceive to be the future of gaming smartphone, Yang says that the combination of good, powerful devices and the right accessories could make smartphones the game-changer of portable gaming.

“We see gaming smartphones as devices that can carry several functions. With the right hardware, 5G and cloud gaming, you will soon be able to play the same game everywhere, and in different ways,” she says.

Much like how the Nintendo Switch works, Yang says that a smartphone can be attached to a TV and, with wireless controllers, essentially function as a console. The gamer can then continue with the same game on the go. “There will be more flexibility in the way we play,” she says.

Widespread 5G connectivity will also mean that augmented reality (AR) and virtual reality (VR) gaming will soon be more prominent in mobile gaming. For this, Black Shark is fully prepared.

“We are saving the technology and sensors in-house in preparation for this,” Yang says. “For when the time is right.” Gaming fans, sit tight, there’s more to come from this player.