THE Huawei P20 is the Chinese phonemaker's first flagship device to be released in 2018. While the P20 is lacks some features that make one envious of its larger brother, the P20 Pro, it still has enough to make it a lot better than last year’s P20.

It offers a FullView display, 128GB of internal storage and an improved camera with AI shooting capabilities. Quite possibly this makes it one of the more affordable flagships to own in 2018. Let’s take a deeper look at the Huawei P10. Huawei has managed to differentiate the P20 by giving it distinguished contoured edges and a smooth glass finish on the front and back that is quite eye-catching.

Colours matter, hence Huawei opted to offer the P20 in a variety ranging from Black, Champagne Gold and Pink Gold to Midnight Blue. But the most striking colour, Twilight is pearl-like combination of blue and purple.

The other physical attribute to note about the P20 is that it follows in the footsteps of the iPhone X and has a notch in its FullView FHD+ (2,244 x 1,080 resolution) display.

This isn’t an OLED panel like on the P20 Pro. Nonetheless, the LCD panel offers good colour reproduction and brightness. The P20 is therefore, ideal for watching Netflix, YouTube and general web browsing.

In terms of form factor, the P20 feels good in hand thanks to its slim 7.65mm body and though it has a rather large 5.8-inch screen, it never felt like we needed to stretch our fingers too much.

Connectivity-wise, you get the typical USB Type-C port on the bottom but no headphone jack which is a shame. This is perplexing as the P20 is only IP53 rated, making it able to survive dust and a light splash, so there is no excuse as in the case of the P20 Pro that has IP67 for waterproofing, to leave this out.

The phone has dual SIM card slots but forgoes the microSD card slot, which is disappointing.

Powering the P20 is Huawei’s own HiSilicon Kirin 970 processor, the same one used in last year’s Mate 10 Pro. Though the processor is slightly dated at this point, it still offers plenty of power, so we can’t complain much.

It is supported by 4GB of RAM, which doesn’t make it the fastest but you won’t notice any slowdowns either. As mentioned earlier, it has a roomy 128GB of storage but you can’t expand it.

You get 120GB of storage after factoring in the 8GB taken up by the operating system and pre-installed apps, such as Huawei’s Gallery, Music Player and Video Player, that come with the phone and we could do without to save precious storage space.

During our time using the P20, the phone had no problem multitasking between different apps. As far as benchmarks go, the results speak for themselves. It is indeed a steady workhorse that gets the job done.

Graphics-heavy games like Into the Dead 2 and Asphalt 8: Airborne proved to be no problem even at the highest settings. Popular games like PUBG Mobile, Arena of Valor or Mobile Legends: Bang Bang all ran fine on it, so you can definitely count on the P20 for mobile gaming.

Huawei’s EMUI 8.1 interface that runs on top of Android 8.1 is certainly better than last year’s as it feels lighter, is less cluttered and closer to a stock Android feel. Variety and choice are aplenty on EMUI, so you can, for example, customise the notch by turning it off and masking it with a black status bar instead. The same can be done for the app drawer, if you have been missing it.

Huawei only included a 3,400mAh battery, which is small by most standards and disappointingly doesn’t feature wireless charging. We wondered if it would suffer the same poor performance as its predecessor.

Fortunately, the P20 proved to be quite efficient and was easily able to last through a typical 13-14 hour work day (web browsing, social media and use of the camera) with 40% of battery left in the tank.

It even surprised us as it was able to last from 8am to 11pm with heavy usage of the camera for photography. Video usage will, however, drain the battery faster, but nevertheless, the stamina was impressive. 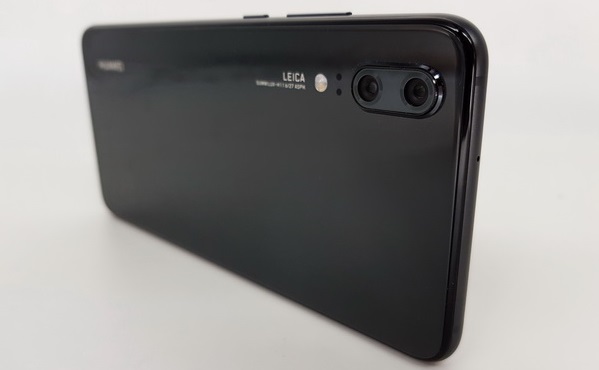 There is no denying that the camera is the main hook when considering the P20. While the P20 Pro hogs the limelight with its tri-camera setup, the P20’s two Leica branded lenses aren’t half bad either, with a 12-Megapixel main shooter (f/1.8) and 20-Megapixel monochrome sensor (f/1.6) that provide depth information and texture.

The primary camera benefits from having a 1 / 2.3- inch sensor, which is bigger than the regular smartphone camera.

The P20 comes with an AI image-processing engine that optimises the camera’s shooting mode to match 16 different scenarios from food, pets, scenery, portraits, night and much more.

While the AI does help in the majority of situations, it has a tendency of over-sharpening and saturating images. At the very least, there is an option to turn it off.

Judging from test shots, the P20 is a very competent shooter both in daylight and lowlight. The details of the images are very crisp and exhibit good dynamic range and colour detail even in low light.

Speaking of low light, the new Night Mode is a blast to use. What it does is expose for a low light scene and combine images to make a final image. From our time using it, the mode worked well enough that we could hold the phone for up to four seconds handsfree and still get a decent shot.

While it doesn’t have actual optical zoom, it makes up for this with a hybrid zoom that is more like a digital zoom but still retains plenty of detail. Up to 2X zoom offers the best result, as anything more than that tends to lose quality.

To get a better idea, have a look at some sample photos that we took while on assignment. Shots taken in bright day light exhibit lots of detail and are as good as you can come to expect from a flagship device. As evening falls, the P20 didn't fail to deliver clear photos despite the dwindling lighting conditions. A busy market scene with people passing by in relatively low light yet the P20 is able to freeze the action. Look closely between the P20’s notch and you will find a 24-Megapixel selfie camera with an f/2 lens. The front camera is a definite big improvement over its predecessor and even has the fancy studio lighting features that are all the rage these days but sadly that feature doesn’t work well.

Apart from taking photos, the P20 is able to record up to 4K resolution at 30 frames per second. For the most part, we recorded in Full HD quality and weren’t disappointed with the excellent quality.

Huawei’s use of AI Stabilisation, described as an electronic stabilisation system that works with its Neural Processing Unit chip, is remarkably effective and manages to keep videos very stable even when recording while walking and zooming in on subjects.

One new addition to the P20’s video capabilities is its 960fps slow-motion capture, a feature common on most flagship models. Much like the others, Huawei’s slow motion is only able to capture videos in 720p resolution and needs lots of light to work properly. 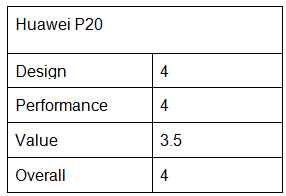 It is pretty difficult to make a good flagship smartphone that stands out these days given the fact that so many have similar features. Despite this, Huawei’s P20 manages to differentiate itself from the rest.

Huawei put a big bet on the P20’s dual cameras and the results certainly prove it’s right on the money. The AI assistant is great for newbies looking to get into photography while there is always Pro mode, Night mode and Slow-Mo for those who want to get creative. The P20 stood in for our regular camera during a recent overseas trip and it offered quality photos and videos. As mentioned, the low-light shooting on the P20 is fantastic.

Beyond the camera, the P20 scores well with its stunning design, good-looking screen, lasting battery life and fast performance to handle anything you can throw at it.

The P20 is not without its downside, chief among them being the meagre IP53 rating. Understandably there needs to be a differentiation with the Pro model but given the fact that some mid-range phones offer IP67 protection, this is no excuse for Huawei. The absence of the headphone jack means you will need new wireless headphones or an adapter for your old wired ones.

Still, for US$667 (RM2,599), the breadth of features that you get with the P20 is astounding at the price point and is worth considering if you don’t mind its shortcomings. Otherwise, go with the P20 Pro if you find this one not up to the mark.