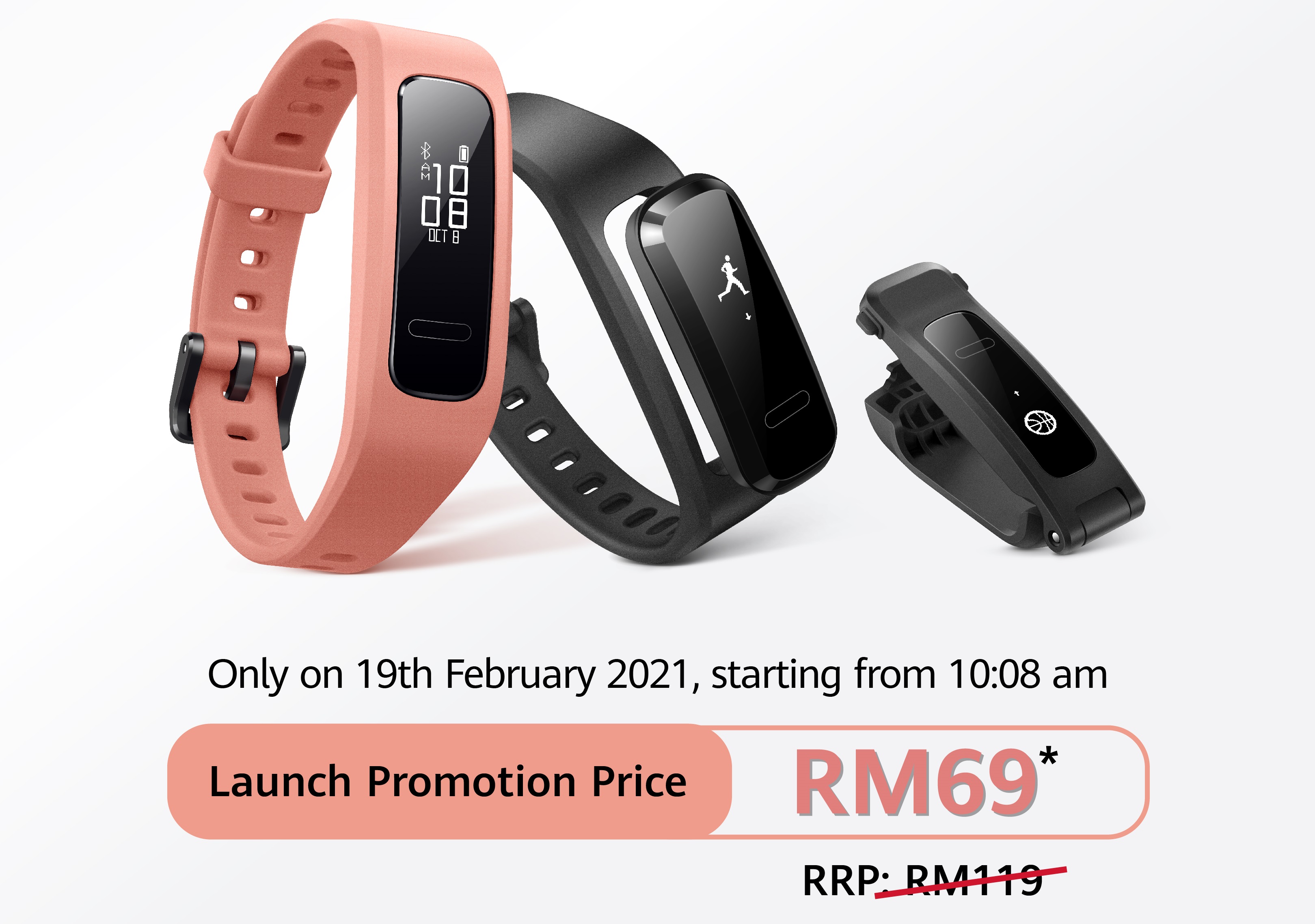 FITNESS trackers doesn’t have to be expensive. But It also shouldn’t be completely barebones either. The Huawei Band 4e (Active) seems like the right balance – a fitness tracker that is affordable yet, comprehensive. The new addition to the Huawei Band family is set to arrive in Malaysia on February 19, at a mere US$29.50 (RM119), it said in a statement.

Beyond typical fitness tracker functionalities, the Huawei Band 4e sports a few unique features of its own. To start with, users can choose to attach it to their running shoes, which the company claimed will allows it to capture more accurate performance statistics from running and cycling to team sports like basketball. You canstill choose to wear it on your wrists, but the alternative option is certainly welcome.

The collected data on performance will allow the Huawei Health Application to analyse and provide suggestions to improving one’s running gesture, and help reduce potential sports risks, the company claimed.

The six-axis motion sensor touts the ability to monitor one’s pedalling rate when on a bicycle, which helps the cyclist pedal more efficiently at the suggested rate and reduce risk of joint injuries.

The Band 4e also features a mode to help with basketball – it can track and record vertical jump data including jump height and hanging periods, alongside other movement stats such as speed, distance covered and steps taken on court, the company said. The data collected will be converted to statistics in the Huawei Health application and can be monitored through an Android smartphone.

According to Huawei, the Band 4e has a battery lifespan of two weeks on regular use. On standby mode, the device can last up to 21 days on a full charge. It can also bear simulated 50-metre static water pressure for 10 minutes (in a normal temperature), which means it’s fine for swimming.

Customers who purchase it on the launch day via Huawei Store and Lazada, however, will be entitled to an RM50 discount for one day only, making the device a mere RM69 (while stocks last, of course).