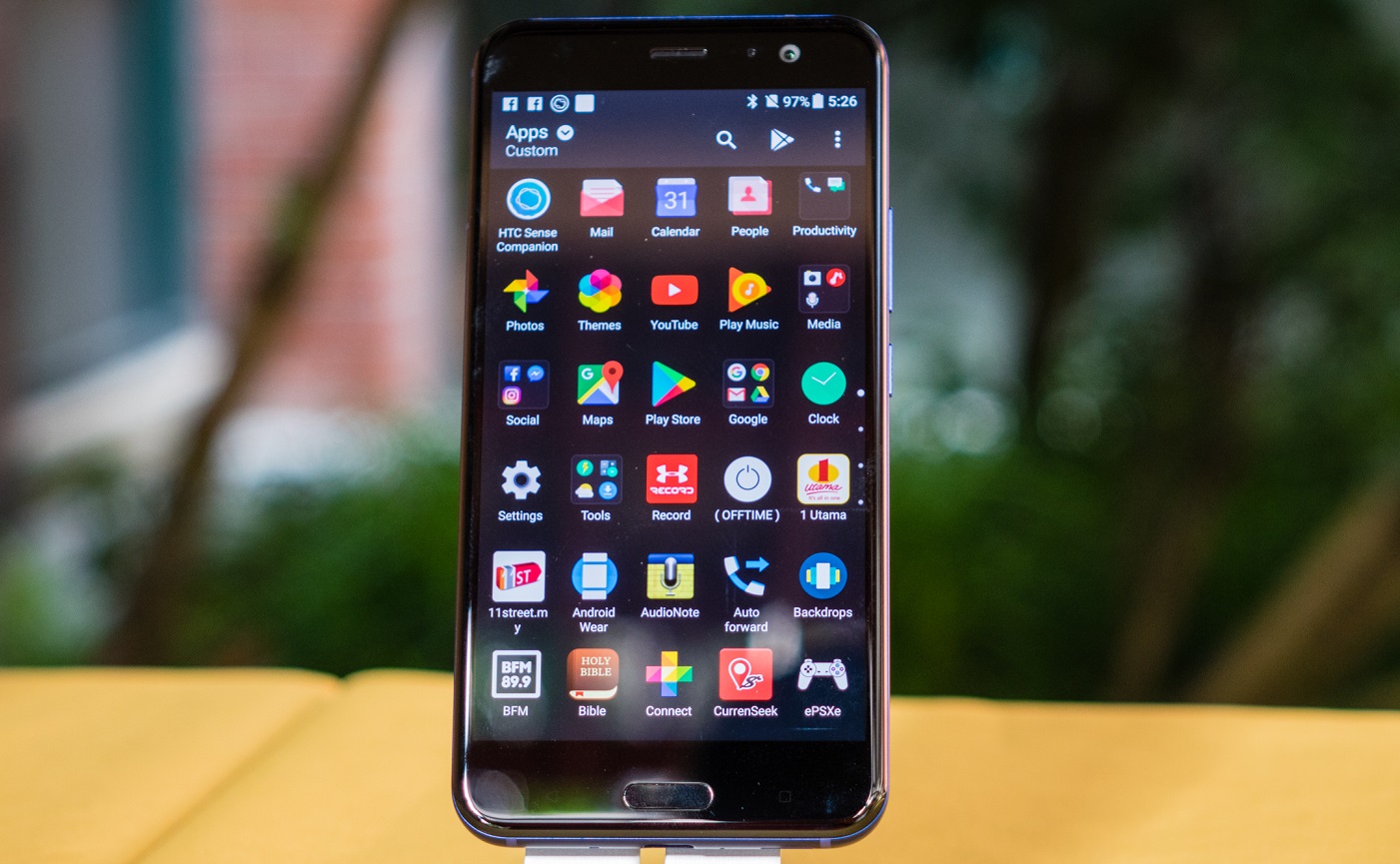 FANS of HTC have been waiting with anticipation for the Taiwanese smartphone maker’s next flagship product. The company has been struggling to find its next big hit and the last few models have been met with mixed reviews.

That said it is understandable that we met the new U11 with a bit of scepticism at first glance. Did its shiny metallic looks just shout “different” for all the wrong reasons or was there an actual quality phone underneath it all?

Let’s get right down to what makes the HTC U11 tick and see if it's worth your hard-earned cash.

If you are familiar with HTC’s previous U Play and U Ultra handsets, you might notice that the U11 has a similar design language with a ‘Liquid Surface’ design that is a combination of metal and glass.

The design is undoubtedly a little conventional given all the unibody smartphones on the market but it is a refreshing look. The glossy back plate is reflective like a mirror, exhibiting different hues of colours from different angles. Its mirror-like qualities also make it perfect for framing selfies, an added bonus for the super vain.

On the downside, having such a glossy surface means that it is a fingerprint magnet, attracting dirt and smudges the moment it is out of the box. Suffice to say you should get a casing for it pronto if you want to maintain that pristine metallic back. In terms of screen quality, the U11’s 5.5-inch quad-HD (2,560 x  1,440) display looks really pretty despite it not being AMOLED quality. Text and visuals remained sharp while the colours are decidedly quite convincing.

The only complaint is the auto-brightness isn’t very accurate as it tends to overcompensate for the brightness levels. You might find yourself tweaking the brightness settings within the notification bar a bit too often.

The U11 is definitely not as slim as some other phones we have tested yet despite its extra girth, it has omitted the 3.5mm headphone jack which can be an annoyance to music lovers.

At the very least HTC has thrown in a decent sounding USB-C ‘USonic’ headphones with the handset. There is even a USB-C to 3.5mm adapter if you can’t bear to part with your favourite pair of headphones. The problem is you just might replace it and be forced to get a new one all over again if you are careless.

Design issues aside, the U11 has all the right features in the right places with a fingerprint reader integrated into the home button. Throughout the review period, we found the reader to be a consistently reliable when unlocking the phone numerous times throughout the day.

Bonus feature for those who are accident prone, the U11 is actually IP67 rated making it water and dust resistant. This means it will survive a fall into the pool with a maximum depth of 1m and below for 30 minutes; plenty of time to fish it out. The headline feature of the U11 is Edge Sense, a unique feature that lets you control the phone by merely squeezing bottom half of the handset. As absurd as this sounds, it is kind of handy especially when you are not able to tap on the screen.

Edge Sense is totally customisable so you can use it to launch different apps with the squeeze action. You could say switch on or off the torchlight, launch the camera, start an audio recording or launch Google Assistant.

Edge Sense is supposed to be able to work contextually within any app you use it but that feature is a little finicky and not as accurate as we would like it to be. It is awkward that you need to hold your phone in a particular way in order to activate Edge Sense but at the very least kudos to HTC for trying to innovate.

HTC has a long history with the Android operating system, being one of the first smartphones in the world to implement it. This legacy is clearly evident in the U11’s release of Android 7.1 Nougat as it is free of duplicate apps and bloatware making the experience breezy

In terms of software, the U11 is relatively free of bloatware making the experience responsive, clutter free and intuitive.

Running the U11 through the usual benchmark tests, we were impressed at the exceptional scores. Its Antutu and Geekbench 4 scores were definitely above average and within the same range as flagship phones like the Samsung Galaxy S8+.

The U11 is well-equipped to handle graphically demanding games based on the high 3D Mark score. Surprisingly, the PCMark Work 2.0 score is exceptionally high, denoting that the U11 is great for web browsing and productivity related tasks.

In terms of battery life, the U11 managed to last us comfortably over the course of one full day.

During a day of particularly heavy usage, that included more social media usage, web surfing and camera usage, the U11 was left was 27% at the end of the day. Lighter usage left us with just over 40%, so all around the handset provided satisfactory performance. On paper the U11’s camera doesn’t sound half that impressive as you get a single lens 12-Megapixel shooter lacking the dual camera setup expected on most flagship phones.

Despite this, the U11 is crowned as the best cameraphone by imaging analysts DxOMark, achieving great technical scores across the board.

Perhaps the secret behind the U11’s terrific photo quality is a combination of a large 1/ 2.55-inch sensor, wide f/1.75 aperture lens and terrific image stabilisation that brings the very best out from the camera.

Seeing is believing though and our everyday usage test with the U11 confirmed that this camera is an absolute beast when it came to producing sharp pictures shot after shot.

Its low light performance was incredible too as the pictures just make the scenery brighter and pop compared to real life.

Also worth noting, the camera’s performance was impressive, to say the least sporting an incredible HDR Auto mode that brings out the detail in images recovering blown out highlights and shadows.

The autofocus was super quick to achieve a lock on in most conditions, admittedly fast-moving subjects like children still don’t get captured as well but in most other cases it worked perfectly.

Video quality while not as amazingly sharp as the pictures are pretty good. The image stabilisation feature present on the camera helps keep the video smooth and steady even as we recorded on a moving train. HTC is clearly trying hard to make a market leading phone out of the U11. While the design isn’t going to win awards, it is the features that the U11 will be most remembered for.

There are simply so many to pick and choose from the glossy back plate, water resistant body, the sharp display, gorgeous camera and unique “squeeze” feature.

While the direction is without a doubt unorthodox, the U11 manages to stand on its own as a very capable, practical and enjoyable phone to use. Offering the best bang for your buck if you are eyeing a flagship smartphone.

Apart from the great software performance, the other standout feature for the U11 definitely goes to its camera which is among the top performing cameras on a smartphone.

The battery life definitely offers generous amount of stamina that should satisfy even power users.

Possibly the biggest strike against the U11 is the omission of the 3.5mm headphone jack. Without it, listening to music on the U11 isn’t as enjoyable as it should be.

To sum it all up the HTC U11 has more positive than it has negatives and is definitely one of leading contenders as the best phone of 2017.

Samsung Galaxy S8+: Plenty of pluses all round 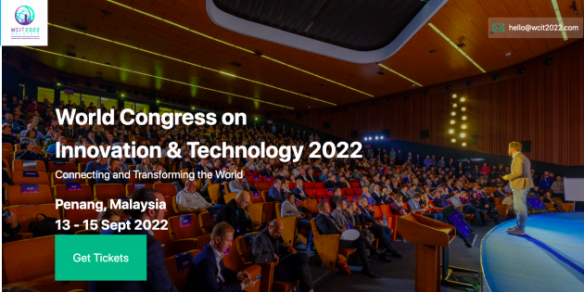