CONSIDERING how smartphones have decimated the market for standalone cameras, audio recorders, watches, FM radios and portable game consoles, the e-book reader may not be very far behind if the YotaPhone 2 takes off.

Russian manufacturer Yota Devices first introduced the YotaPhone back in 2013. A year later, it released the sequel, which arrived in South-East Asian shores in early 2015. 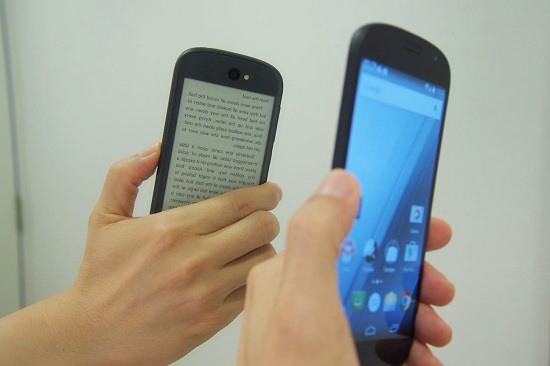 There is simply no other smartphone like it. From the front, it looks like a typical Android device with a high resolution 5-inch display, but turn the device around, and you’ll see a second electronic paper (E Ink) display that’s primarily used for reading e-books (like Amazon’s Kindle e-reader). No one can deny the innovation that has gone into this device, and the geek factor is pretty much off the charts. First impressions-wise, the packaging gets top marks for the way it’s designed to unfold and unveil the YotaPhone 2 and its accessories.

The device is almost oblong-shaped due to the gentle curves at the top and bottom corners, and feels comfortable against the palm. While the front display is flat, the second screen is curved on the sides and has a matte, smooth finish. Both screens are protected by Corning’s anti-scratch Gorilla Glass 3.

Due to the smooth, soft-touch rear display, the device can get slippery, so using a bumper (sold separately) would be highly recommended. The power button and volume keys are on the right side, and the single nano-SIM card tray is cleverly hidden within the volume rocker. 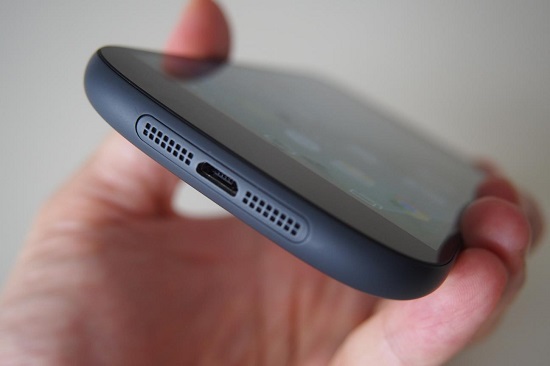 At the bottom of the phone you’ll find the speaker grille and micro USB port, while the 3.5mm audio jack sits at the top. The YotaPhone 2 is not the thinnest device around, but at less than 9mm thick, it’s still pretty amazing how its engineers have managed to squeeze two screens into this unit.

The colours are rich, if perhaps a tad warm. Generally, images, videos and games look fantastic, and it performs well under bright sunlight. The E Ink display meanwhile, measures at 4.7 inches due to the thicker curved side bezels. Sporting a 960 x 540 resolution (235 PPI), the 16-level grayscale screen is also touch-enabled.

Unlike a backlit display, an E Ink display behaves like normal paper and is dependent on ambient lighting. It reflects light and has wider viewing angles, which makes it more comfortable on the eyes, especially during marathon reading sessions.

If you’re one of those who usually complain about how computer and smartphone screens make your eyes feel tired from the constant glare of the backlight, try using an e-book reader to take away some of that strain.

The other benefit is that E Ink displays require very little energy to run and a screen’s state can stay on indefinitely even without any power.

With the YotaPhone 2 unfortunately, there are two main problems that hinder the reading experience. Firstly, it’s simply too small to be used comfortably as an e-book reader. In a world where consumers are used to reading off 6- to 8-inch displays on mainstream e-books and tablets, the YotaPhone 2’s display just feels limiting.

There’s no doubt that the 5-inch display size is a sweet spot for the modern smartphone. It allows for one-handed usage and is ideal for making calls, texting, taking photos, posting updates, listening to music, and playing games.

But, not so as an e-book reader. It didn’t take long for us to revert back to our larger-sized readers (or physical books for that matter), just because we could hold it at a distance and not feel as if our thumbs were in the way, or that the words were too small.

Sure, we could change the font size, but that only means having to scroll or flip pages more frequently.

And there lies the second and more significant issue.

The E Ink display on the YotaPhone 2 has a very slight but perceptible lag, especially if you’re using the touch screen to flip the page.

At times, it would also recognise a swipe as a tap, which means that rather than turning the page, it will display the book’s settings. That immediately kills the pleasure of reading.

But if we were compelled to read on the YotaPhone 2, we would use the native Yota Reader, although that’s not linked to any online stores where we could access the current best-sellers. The Kobo reading app is a good alternative, followed by Google’s Play Books app – both have access to freshly updated content which you can spend your hard-earned money on. Just use the volume keys to activate the page turn, rather than swiping on the touch screen. The Amazon’s Kindle app is optimised for a colour display on an Android device. As such, you’ll have to adjust the settings first before it can show up nicely on the E Ink display, and make sure to tap on the left and right sides of the screen to flip the page, rather than the centre, which calls up the settings.

Aside from reading e-books, the secondary display can also be used as the main display. 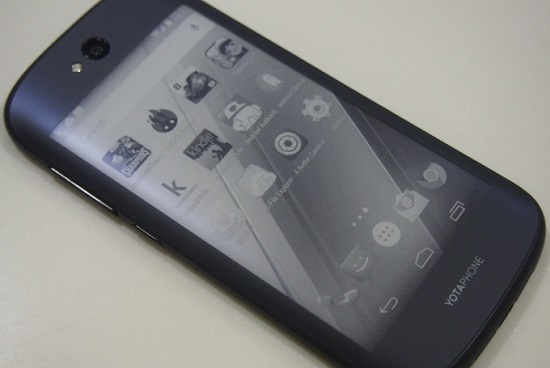 Called YotaMirror, this mode allows you to basically operate the device fully on the rear screen, in order to extend the device’s battery life. The lag from the rear touchscreen can quickly turn other activities in an exercise in frustration.

Our advice is to just use the brilliant front display for what it’s made for and leave the rear screen for reading e-books and documents.

Thanks to the quad-core Qualcomm Snapdragon 801 chipset running at 2.2GHz, the YotaPhone 2 is generally very responsive (on the front display) and ran all of the apps and games we threw at it, without any hitches.

Installing large apps and multi-tasking were a breeze, due to the 2GB of memory and 32GB of storage, but it lacks a micro SD card slot for additional storage.

In terms of battery life, it really depends on the usage, since you could potentially extend the life for days if you just used the always-on rear screen, rather than activate the backlight on the front display.

Suffice to say, the 2500mAh battery was enough to last a typical working day for us when we used it as our main device, but if you activate the YotaEnergy app, you could extend the phone’s basic functions for up to two days. The device supports Qualcomm’s Quick Charge 2.0 standard, which provides up to 60% battery charge in just half an hour. Useful when you need to get back into action quickly.

We didn’t expect anything spectacular from the 8-megapixel rear camera or the 2-megapixel front camera, so we were pleasantly surprised with the results.

There is a tiny shutter lag when taking photos, but nothing that would grate, and the auto-focus works for the most part, even though it did struggle in dimly-lit environments. The standard Google camera app offered up the usual functions, including the ‘Lens Blur’ (pic, above) and ‘Photo Sphere’ options, which are nice to play around with. However, some of the pictures we took ended up looking a little washed out – but again, you’re not buying this device for its imaging chops.

On the software side, what you’ll get is a clean Android build, running version 4.4.3 (KitKat) with the Google Now launcher.

The company says it has plans to upgrade the device to Android 5.0 (Lollipop) in the coming months but didn’t give a specific time-frame.

Thankfully there is very little bloatware, save for a couple of YotaPhone-related apps, such as YotaHub (which lets you customise your rear screen) and some light casual games that you can play on the E Ink display. Priced at S$1048/ RM2600 and sold directly online in Singapore and through Lazada in Malaysia, this device is certainly aimed at the higher end of the market, costing as much as, if not more than, flagship devices from Samsung, HTC and Sony. If you have a desire to own a truly innovative and unique smartphone that lets you indulge your passion for reading without carrying a separate device, then paying that premium may seem worth it.

The nice thing about e-book services these days is that you can synchronise where you left off on a larger device, and carry on reading on the YotaPhone 2 when you have some downtime.

But until improvements are made to the E Ink screen’s responsiveness (hopefully through software updates), or when it’s fitted with a larger e-reader display (the next iteration perhaps?), we can’t wholeheartedly recommend buying a YotaPhone 2.

And so, don’t throw away your Kindle, Kobo or Nook e-readers just yet – there’s still some life left in this space. The only question is, for how long? The YotaPhone 2 is a highly capable and well-specified Android smartphone and e-book reader in one, but the E Ink display needs to be larger and lag-free to be truly credible or comfortable to read.  The high price also puts it beyond the reach of the mass market.