CHINESE handset vendor Oppo Electronics is planning to sell its smartphones through online channels in Singapore, even as it continues to pour more resources into physical retail distribution and merchandising.

Oppo Electronics Singapore’s sales director Terence Tan (pic, below) said, “For e-commerce, we are now in the creation stage”. 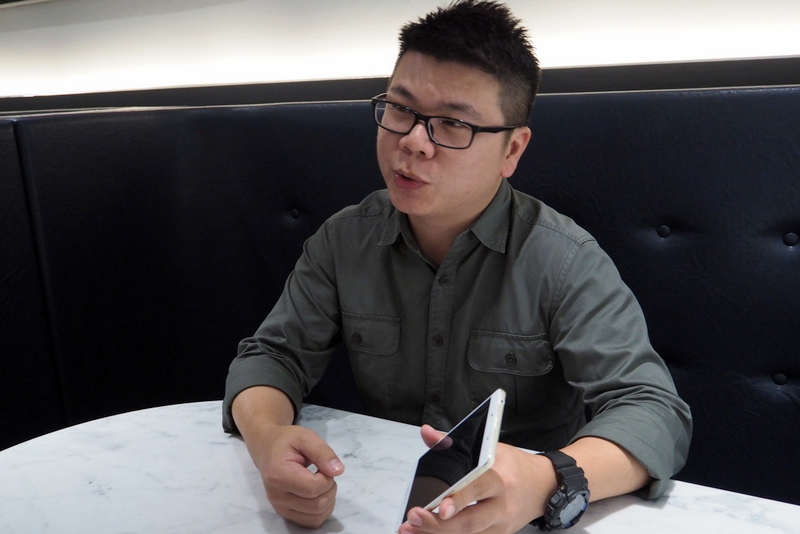 Speaking to Digital News Asia (DNA) at the media hands-on event of its Oppo R7s smartphone, Tan said the online distribution platform is ideal for products which are no longer widely available through physical or operator retail channels.

“At times, maybe the shelf-life of the good models come to an end with operators, but there are still people looking for that phone. It would be a good platform on the e-commerce side to continue reaching out to customers looking out for it,” he noted.

He cited the company’s flagship model Oppo N3, which was launched early this year. The smartphone which sports a unique motorized rotating camera is still sought after by customers.

“People ask for it even though it’s an old model. So we’re trying to quickly develop the e-commerce platform for the start of 2016, which…for us is very important,” Tan said.

That being the case, Tan said Oppo still continues to be squarely focused on its retail partners and visual merchandising plans, since this strategy was key to the company’s success in Singapore (and the region) this year.

“As a new brand, for the whole of 2015, we are focusing into the offline [distribution] which is retail physical business. I think this [form of] reaching out, being in Singapore, I think we need to give a bit more [of a] personal touch,” Tan explained, saying this form of marketing made it easier for Oppo to become a household brand especially among the suburban dwellers, or “heartlanders” as they are known in Singapore.

That means additional investment in hiring its own staff to support retail outlets with Oppo devices on shelves. “We are very hands-on, so even dealing with VM (visual merchandising), we put it up ourselves. Because by doing it ourselves, we put our heart and soul to putting up the best display and get the best eye-level display in the shop, and we’ll continue to do that,” Tan added.

Among them is the Oppo R7s, a new addition to the company’s mid-range R7 series, which includes the Oppo R7 and Oppo R7 Plus. 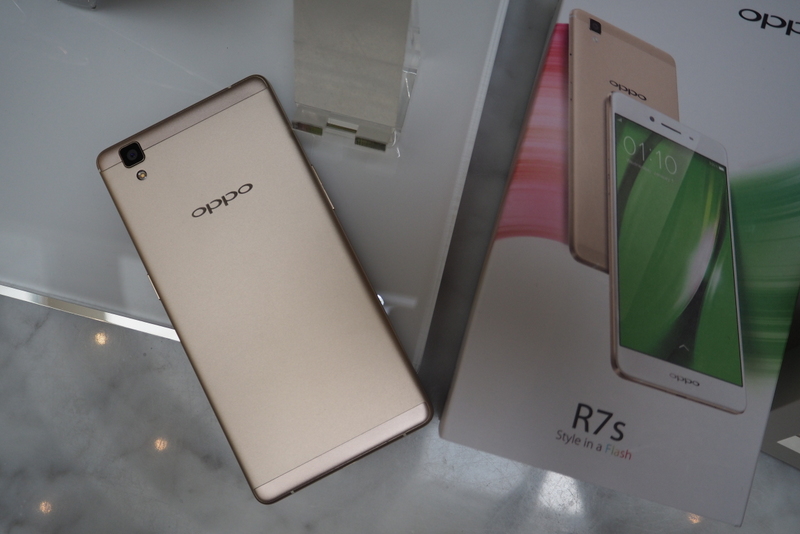 The company cites the R7s as one of the few Android smartphones to come with a large memory capacity of 4GB, which allows for faster app boot-up times and smoother multitasking. This is paired with 32GB of internal storage, which is expandable with microSD cards of up to 128GB. Design-wise, the new model is also one of the first Android smartphones to offer a ‘rose gold’ colour option (pic above), in a clear attempt to ride the wave led by of Apple iPhone’s new gold hue. 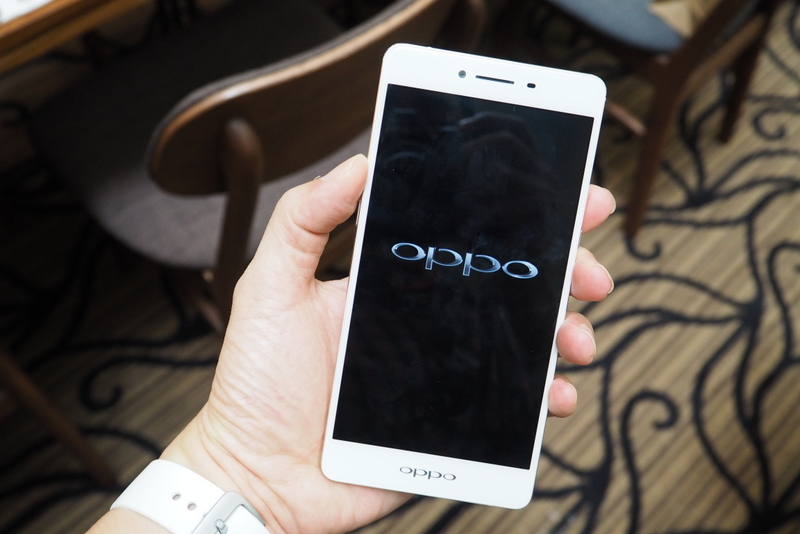 The device is constructed entirely from a single block of aluminium with Corning’s latest Gorilla Glass 4 protecting the 5.5-inch display on the front.

Unlike its predecessor Oppo R5 (which DNA has reviewed here) which was all about being the slimmest device in the market, the R7s seems more focused on balancing a slim profile without compromising on other features. As such, the 6.95cm thickness isn’t industry leading by any measure, but at least the 13 megapixel rear camera is placed flush against the back and doesn’t protrude out.The device is powered by Qualcomm Technologies Inc’s Snapdragon 615 chipset (like the previous R5), a popular processor used by many other handset manufacturers this year.

When we asked why Oppo decided on this processor, the company’s product manager cited the 615’s stability in performance as a key consideration, compared to the higher-end Snapdragon 810, alluding to some of the overheating and throttling issues on the 810.

Don’t expect this smartphone then, to outperform the flagships of the world running on the aforementioned 810, or even models powered by MediaTek’s mid-range processors, especially when loading up complex levels on graphically intensive games.

During our time with the device, everything seemed to run very smoothly, and there were no discernible lags or stutters with the animations and app launcher. Oppo's Color OS 2.1 software, which runs on top of Android 5.1 Lollipop comes with some neat enhancements which new Android users may appreciate. The smartphone comes with a 13 megapixel rear camera with a Samsung image sensor and an f2.2 aperture, hardly ground-breaking and pretty much standard fare in today’s competitive smartphone imaging market.

The front sensor, sporting 8 megapixels and f2.2 aperture is slightly more impressive, and it does come with ‘beautifying’ features and a software-activated ‘screen flash’ technology to light up your selfies in dark environments.

Other notable features include a beefy 3070mAh battery that supports the company’s proprietary ‘VOOC’ fast charging technology, as well as the beautiful and saturation-rich Super AMOLED display. Available from today Nov 26 for the price of S$599, the R7s is hardly wallet-busting, especially when you consider that it comes with a pretty attractive 2-year warranty programme that includes a one-time free accidental damage repair within the first year, and a free one-for-one exchange within 30 days.

For Tan, he’s hoping this product, being the last launch of the year in Singapore, along with several waves of local media sponsorships on television and cinema, will help position the company well in the coming year.

He added, “I think we have built quite a healthy ecosystem in terms of channel relationship, promoters and training, and engagement with local consumers. We have done pretty well for the whole year, we will continue to do that”.