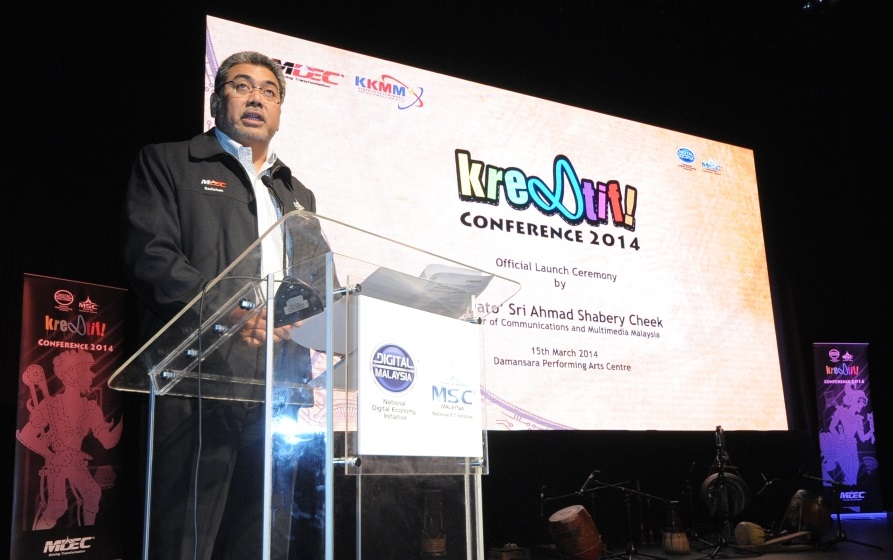 MALAYSIA’S creative content industry is estimated to be worth RM16 billion (US$4.9 billion), according to Multimedia Development Corporation (MDeC).

This estimate is based on figures from the advertising, TV and films, radio, animation, games, music, interactive software and new media segments, said its chief executive officer Badlisham Ghazali (pic above).

“In fact, we are now even exploring different revenue streams from gaming, licensing and merchandising, edutainment and mobile apps.

“Platforms such as this will help support the creative content industry which already contributes about 1.6% to Malaysia’s GDP (gross domestic product),” he said at the Kre8tif! Conference 2014, a two-day conference held recently at the Damansara Performing Arts Centre in Petaling Jaya.

Kre8tif! Conference 2014 was the fourth edition of MDeC’s international creative content conference, which aims to spark innovation and the exploration of the major trends across the creative sector, MDeC said in a statement.

The agency manages the Multimedia Super Corridor (MSC Malaysia) which seeks to develop the ICT and industry, and of which creative multimedia is a major segment.

“Malaysia has come a long way in developing its creative industry over the past decade,” said Malaysia’s Minister of Communication and Multimedia Ahmad Shabery Cheek, who officiated at the event.

“In the past few years we have seen the successful introduction of the country’s very own [animated] movies and series to the international arena,” he added.

The conference featured industry leaders and pioneers from various arts, entertainment and design industries, including John Hughes, founder of the Rhythm and Hues studio, three-time Academy Award winner for Best Visual Effects (Babe, The Golden Compass, and most recently Life of Pi).