IN January 2011, IBM started calling its social agenda, Social Business, but acknowledges that the term was actually coined by Dallas, Texas-based consultancy firm The Dachis Group.

The company cites research from management consultants McKinsey & Co which found that if one added engagement into the sales and marketing functions of a company, revenue increased by a hefty 15%.

Beyond the revenue impact, the social revolution is also going to change the culture of companies. Again, Carter cites a McKinsey prediction that the era of social will trigger the birth of five times as many new job types as internal IT did.

“Anytime you have such a huge change as this, it will impact transformation and culture,” she says.

Another reason for the change was that IBM wanted to drive home its belief that using the technology and tools of social can help various other business functions besides marketing, ranging from human resources to supply chain management, research and development to operations.

There was an even higher impact if engagement was infused into ideation or what is more commonly known as getting customer feedback in product development.

“Companies that did this saw a 20% higher chance of product success in the marketplace,” claims Carter.

But at the same time, she had a word of caution for companies that may be too gung-ho and think they are social if they have a great strategy they are about to execute around social. “Culture eats strategy all the time.”

What she meant is that while many view social as a technology, that is not true.

“Adoption (within the company) is more important. This is not your ‘build it and they will come’ scenario,” she says.

Many companies have great social strategies but themselves are not ready to adopt to the changes social brings. This is where culture comes in and revolves around how a company does business, rewards behavior, communicates and judges risk.

“There is an underpinning of social in all of this,” she says.

Basically any company that wants to take advantage of the transformative power of social has to itself undergo a cultural transformation that makes it open and receptive to taking advantage of the strong influence social is having among its customers, partners and even its own staff.

The need for a cultural transformation can be seen from the conversations Carter had at a regional marketing conference she attended in Sabah early May. Marketers representing some of the largest Asian brands were present and the conversations Carter had with them revolved around the marketers trying to figure out how to convince their colleagues that social was the way to go.

A bigger challenge among them was to get used to being the orchestrator of the message and not the controller anymore as a key characteristic of social is the participatory nature of the conversations.

Another challenge for the Asian marketers Carter feels was their reluctance to open up and consider working with the chief ifnroamtion officer (CIO) of their organization in order to get better results from any social approach they undertook.

“There was a lot of resistance from them when I suggested they work with their CIOs as many felt their CIOs did not understand social and trying to work with them would take too long. They (chief marketing officers or CMOs) wanted to do something sooner rather than later,” she says.

It is an unfortunate situation as IBM’s case studies have revealed a best practices scenario where according to Carter, “fabulous solutions” and best results from social strategies arise out of the collaboration between the CMO and CIO.

The Fifth IT Era

So how important will the social business era be?

Carter says that IBM believes it is the Fifth IT Era, with the first four being the mainframe, departmental computers, personal computers and then the Internet. A trend does not get a larger description that that.

She says that by 2015, social business will be a US$200 billion business, and cautioned CEOs not to underestimate its impact. “In the early days of the Internet many dismissed it as a fad just for kids and you hear that today about social, but that will be a big mistake.”

Companies that adopt social business will become more engaging in nature, more transparent and even nimbler. These are competitive attributes that many CEOs are already trying to achieve in their organizations.

On a professional level, CEOs should take note of a prediction from Forrester Research which notes that only about 20% of CEOs use social in their work and personal lives. Their prediction is that in five years, you won’t be selected CEO if you do not use social. While it may very well be a US-centric prediction, Malaysian CEOs should take note of this. And for organizations, “How do you convert your CEO to become a social CEO?” says Carter (pic).

To illustrate how seriously IBM takes social, she said that IBM has what she calls a Social Intelligence Centre which monitors 24x7 conversations about IBM. The reason is that IBM wants to stay on the ball about what is happening around it and to even tap into early technology changes so that “we can change quickly to adapt.”

In another instance at an IBM conference Carter was slated to speak at, the team monitoring Twitter feeds picked up a negative turn within the audience as it waited impatiently for the demos. The demos were brought forward from their scheduled time and the audience was happy.

While Carter exhorts social as the way to go but with accompanied measurement critical to demonstrate ROI (return on investment), she also picked gaming as a trend that will have huge impact on any social activity an organization undertakes.

“Gaming is part of the future of social,” she said, adding that the average age of the gamer today is 35. This dispels a common perception that it is a teenager to below-30 activity.

Studies have proven that users experience 80% higher recall when they play a game. That is why IBM has its own games such as Innov8, an education focused game, and CityOne, which revolves around its Smarter Planet focus.

As powerful as gaming can be, Carter is unequivocal in her belief that the best combination that will help any organization get its messages across is the combination of mobile, gaming and social. “This will change the way one does marketing.”

Marketers are already trying gaming with around 30% of the marketers from the Sabah conference using gaming in a social context.

While it is a no-brainer that more marketers will start trying gaming in an effort to get better recall from their initiatives, everyone also needs to take note of this term called, tippers.

Five different studies have been done on this area and the results are surprisingly consistent showing that about 15% of any group or community are the tipper/ influencers.

“This is whether they are online or in the physical world,” Carter notes.

The challenge for marketers is to then identify who these 15% are and to engage with them and form a relationship with them so that they can influence other customers.

Naturally, it is not a given that a company’s tippers actually like what they do. Carter said companies then need to identify who are the customers who actually like their products and then work on trying to get them into the tippers category so that they can influence other customers in a positive manner.

“This is where the smart marketer will engage with his CIO because technology allows you to identify your tippers and those who like what you are doing. So, you need to form a good relationship with IT,” she advised.

For marketers reading this, don’t assume you know who your tippers are. Carter cited the example of a European energy drinks company which assumed its tippers were athletes.

That would be a logical assumption, but they were wrong. It was actually gamers gulping down litres of Red Bull to stay awake all night!

Do you know who your tippers really are?

* Karamjit Singh really hopes DNA will be able to identify its tippers within six months of going live, but he can’t afford IBM’s help! 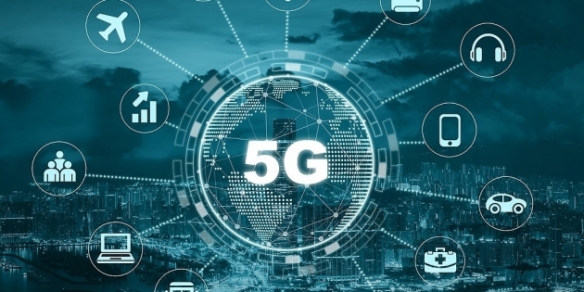