FRESH from a weak first quarter earnings announcement where sales fell 16 percent year-on-year amid a US$188 million loss, Sony’s smartphone division, Sony Mobile Communications is hoping to turn the tide around with new devices that leverage its strength in smartphone camera sensors.

The company unveiled two new smartphones on August 3, targeted at what the company calls the “super mid-range” category, otherwise known as the premium end of the mid-range market.

Going by the specifications of the newly announced Xperia C5 Ultra and Xperia M5, this pair of devices features imaging hardware that would appeal to smartphone camera buffs.

Tony McNulty, Vice-President, Value Category Business Management at Sony Mobile Communications said, “We understand that camera capabilities are important to smartphone users, so we ensured that Sony’s existing camera brilliance was once again surpassed in the new Xperia C5 Ultra and Xperia M5 without compromising on other features across design and performance.” 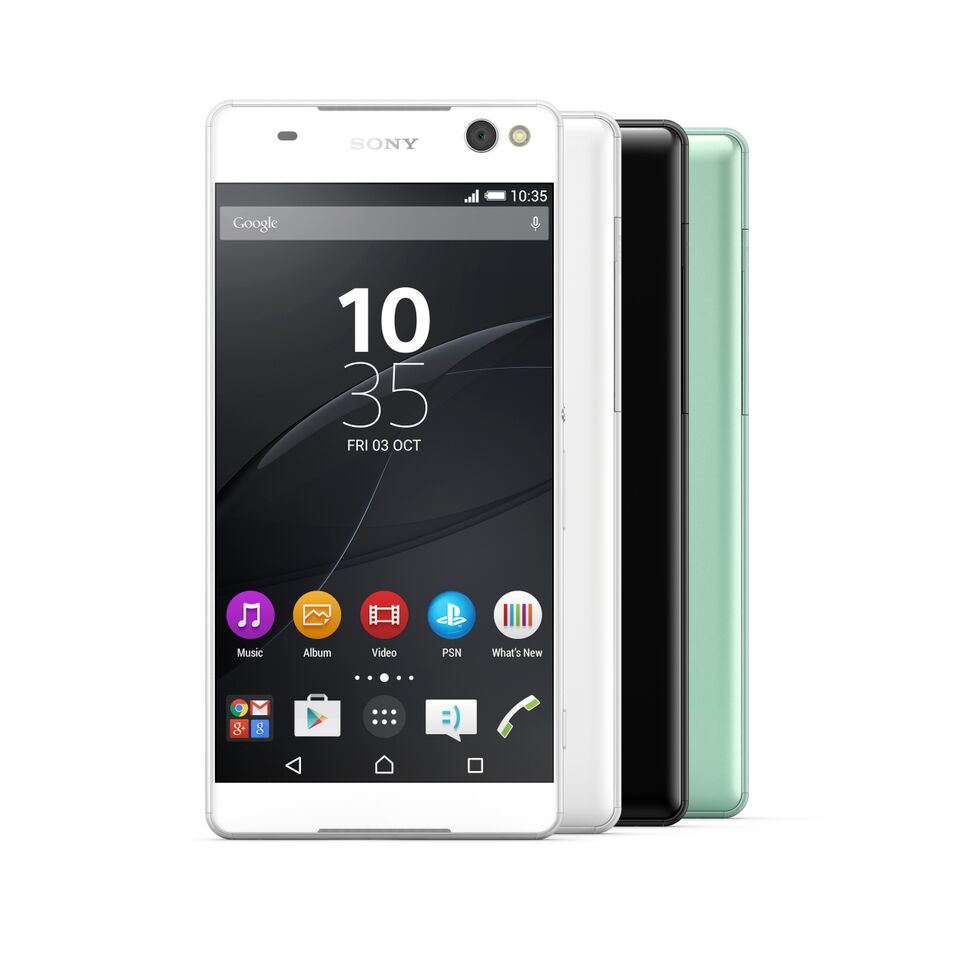 The Xperia C5 Ultra is a 6-inch smartphone (or phablet) which features not one, but two 13-megapixel cameras, a boon for users who enjoy taking self-portraits or ‘selfies’.

Both cameras are powered by Sony’s Exmor RS imaging sensor, and includes HDR (high dynamic range) functions for both pictures and video.  HDR functionality helps to reduce the high contrast levels between dark and light areas within the image.

Sony also endowed the front camera with a 22mm wide angle lens, which lets users shoot selfies without stretching out their arm, as well as make it more convenient for group selfies.

A flashlight is included for the front camera to ensure that selfies are always well exposed.

On the software side, the cameras include an Auto scene recognition mode, which analyses the picture and selects the best capture settings, depending on the situation.   There are also a number of Selfie Camera applications which users can download to enhance their shots. While the display’s HD (1280 x 720) resolution isn’t the highest in the market, Sony believes the thin bezels around the display and Sony’s Bravia television display technology will ensure a high quality viewing experience.

The Xperia C5 Ultra will be available in three colours, including black white and soft mint (green).  It’s powered by a 1.7 GHz 64-bit octa-core processor with 2 GB of memory and supports 4G (fourth generation) mobile networks.  Sony is also claiming a 2-day battery life for the device based on the company’s own tests.

Users who require a mid-range smartphone that can withstand dust and water with aplomb can look forward to the Xperia M5.  This follow up to the Xperia M4 (read our DNA Test here) has been upgraded with a 21.5-megapixel camera. The high megapixel count is useful for situations where users can’t get close enough to a subject and will need to zoom in.  Digital zoom functions typically degrade the image significantly, but the M5 comes with a 5x Clear Image Zoom function that Sony claims will not result in a loss of quality.

Other imaging performance features include a 0.25-second hybrid autofocus that utilizes both Phase detection and Contrast detection methods to ensure a faster and more accurate auto-focus capability.

Upping the stakes further, the M5 will come with a 13-megapixel front camera that sports an auto-focus feature, something that’s not present in many of today’s front-facing smartphone cameras. 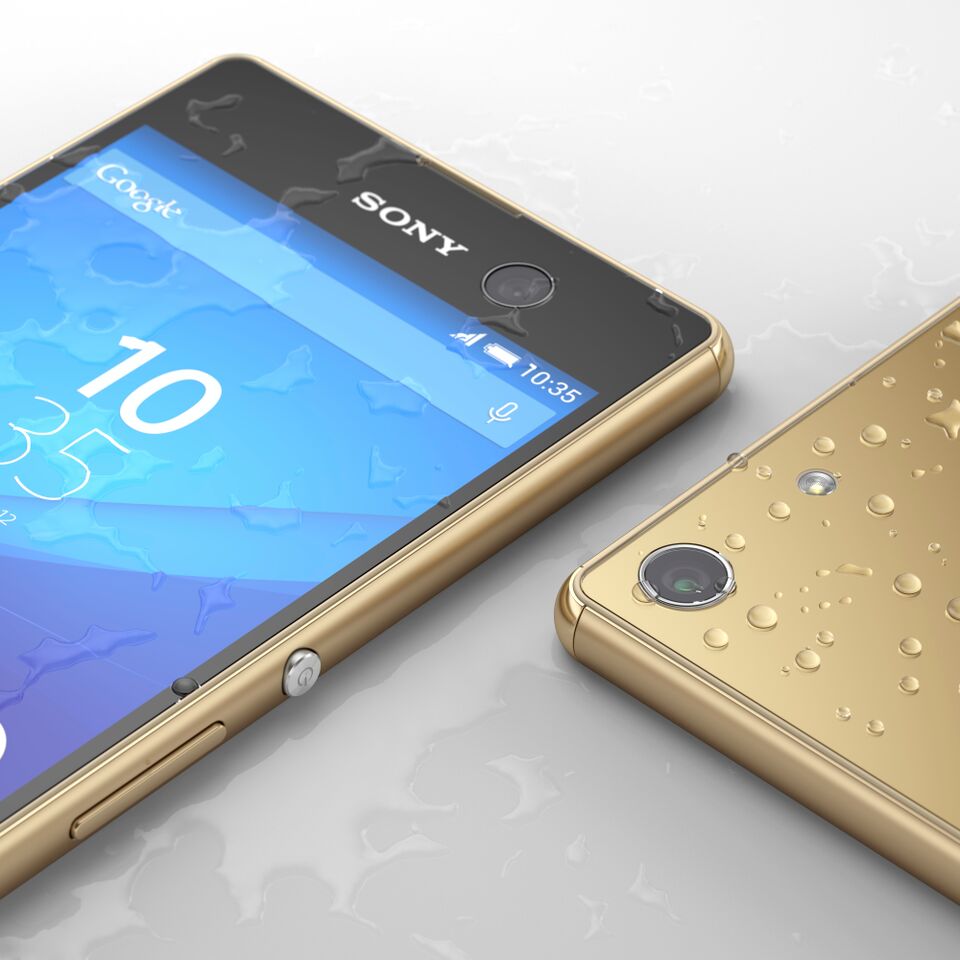 The feather in the device’s cap of course is the aforementioned waterproof and dust-tight build, despite having an exposed USB port.  Users won’t have to worry about accidentally dropping the M5 in a kitchen sink full of water then, in case that ever happens.

In terms of design, the Xperia M5 continues to draw inspiration from the premium range of Xperia Z devices, with Sony’s signature ‘OmniBalance’ style, the chassis sandwiched between two sheets of glass on both sides.  It will be available in white, black and gold finishes.

Unlike the M4 Aqua which had a Snapdragon processor under the hood, the M5 will be powered by a MediaTek Helio X10 processor and 3 GB of memory, which Sony says will provide performance and speed while optimizing battery life.

Having high resolution cameras are useless if you lack the the capacity to store the photos.  To that end, both the new Sony offerings support expandable storage of up to 200 GB, which is quite impressive.

As expected, pricing for these devices exceed the US$300 mark for a mid-range Android smartphone.  The Xperia C5 Ultra will retail for S$598 / US$459 while the Xperia M5 will be priced at S$648 / US$499.  Both these recommended retail prices refer to the off-contract, single SIM variants of the smartphones.

They will be available in stores in selected countries across emerging markets from end August 2015.

Let us know if Sony's new smartphones are enticing enough for you to drop your hard-earned cash, in the comments below.