ICT grads: Views from the ground

THERE seems to be a mismatch in the Information and Communications Technology (ICT) graduates and jobs equation. Demand is high, so is the supply. And they do not seem to intersect.

Digital News Asia spoke to some independent software experts and an entrepreneur in the high technology space to get their views.

Here are excerpts of the interviews.

DNA: What is the state of ICT graduates, especially when you benchmark local against foreign graduates? Does the foreign vs local grads situation dominate the discussion? If so, how?

Ditesh: There is a very strong demand for technically-capable software graduates and the industry is willing to pay good dollar for such graduates, but supply has been weak.

Local graduates are trained to be "push-button" engineers and this level of sophistication cannot carry them far in the industry. Some local and foreign students in Malaysia are certainly "hungrier" as they wish to set themselves apart from their peers. This hunger drives them to be better equipped than their peers.

Dhillon (pic): The state of our IT graduates certainly doesn't fare well when comparing with, say, Singapore.

It's clear our neighbors down south are more IT-savvy in general. They have key ingredients our Malaysian students seem to be missing – the willingness to learn and a thirst for knowledge.

Malaysian graduates also cannot compare with their Singaporean counterparts in terms of caliber when it comes to matching their skills and, more importantly, initiative, with those shown by foreign graduates.

I'm generalizing and there are, of course, diamonds in the rough, but I'd say that a large portion of Malaysian graduates are “unemployable” without first being trained prior to being deployed in the real world.

Tan: There are no problems for the best of local graduates as they can easily find work, mostly with multinational companies. They succeed because they can think independently, are resourceful, creative and inquisitive enough to solve problems.

I find that also true of foreign graduates because they too exhibit these traits, but as a small company, we can't hire foreigners because of visa issues.

In general, I would say that a lot of our IT graduates don't go beyond their given university assignments and they are just content to get by. But in today's world, there is just no excuse for not knowing anymore, especially for programmers, as there are vast resources available on the Internet.


DNA: What, if any, are the weaknesses of the IT grads in the country? Why do you think this is so? 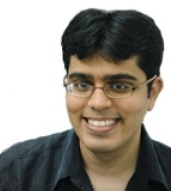 Ditesh (pic): There is a lack of fundamentals amongst graduates. IT, far more than any other industry, requires a strong grasp of the fundamentals and it is this grasp that eludes local IT grads as they have been trained in the vocational aspects of the industry.

Secondly, the lack of proficiency in English has had the dual-fold effect of keeping knowledge segmented and reducing meaningful communication between industry practitioners.

The lack of proficiency in Mathematics meanwhile effectively kills any opportunity to dive deep and gain  IT mastery. For example, all developers should not only know algorithms but also be able to analyze them, and analysis requires strong math skills and many universities gloss over this.

This deficiency makes graduates remain "push-button" engineers as opposed to getting involved in the creative/ innovative aspects of the industry.

Dhillon: Malaysian students just can't be bothered to put in the extra effort. No doubt this apathy has somehow built up over the years most likely due to a poor curriculum for IT (stale, stagnated and overall uninteresting).

But at the end of the day, IT is changing at such a rapid pace that one has to take the initiative to stay ahead. It is impossible to expect universities to adapt their IT courses "on the fly," semester-by-semester.

Malaysian students have also been taught from young to just memorize and regurgitate facts for exams but not really bother with understanding the subject matter. It doesn't help that most have also been told not to question the authority of teachers.

Put those two things together and you have students who are completely silent when asked if they have any questions at the end of a lecture. 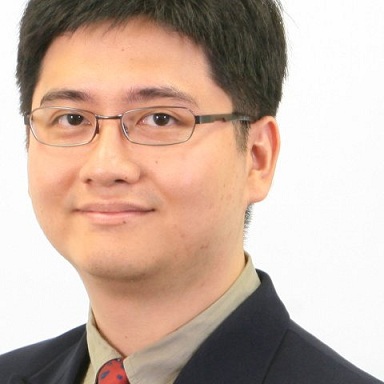 Tan (pic): I find a lot of graduates don't even want to make an attempt to answer questions for fear of being unsuccessful. For example, I hire engineers in three phases -- first an online test, then a phone interview to suss out non-technical abilities like communication skills, and lastly, a real hands-on technical interview.

What I find is that many graduates don't even want to attempt the first step – my online questionnaire, which requires them to reason out their answers. This "defeatist," or as some people know as "kiasu" or "scared to lose," attitude is what I find objectionable.

DNA: Apart from the graduates' weaknesses, could there be anything else wrong with the current way we produce our IT courses and curriculum?

Ditesh: Causal reasons can certainly be attributed to a weak higher education system which has not paid sufficient focus to fundamentals. There is also a lack of a strong technical sub-culture in our country which had led to a de-emphasis on the fundamentals.

The best local graduates have the right attitudes to their learning environment. They recognize the futility of learning from their lecturers or their peers so they instead turn to online resources to learn more about their field of study. They join open source efforts not just to contribute but also to learn from the best in the world and push themselves to be equipped with the skills to compete in the global market.

Dhillon: It doesn't help matters that universities use a course name such as "computer science degree" very loosely. There appears to be no standard definition of what one should learn as a computer science major. Malaysian colleges and universities also appear to select their curriculum via a random topic generator.

As such you end up with some graduates who had to do C++ and actual mathematics as part of their degree while others get away with having to write something simple in Visual Basic for the courses – yet both these graduates hold identical degrees. There's just no standard, and everyone is a computer science graduate.


Tan: Local universities simply need to get more technical as many courses have been "dumbed down," and they no longer teach core subjects.

For instance, some may teach applications development but without the understanding of fundamentals of programming, graduates would not get down to the nitty-gritty and cannot troubleshoot when things go wrong.

There is also too much spoon-feeding and rote learning going on, which lead students to not exercise their thinking. Lecturers should be framing the problem for students and encouraging them to come up with solutions rather than giving answers to them.

Some of our local lecturers too are out of touch with the industry and have little or no real-world experience, and this also compounds the problem as they aren't able to share crucial real-life experiences with their students.

DNA: What should be done to address some of these challenges?

Ditesh: The rot stems from the educational system. The problems are so deeply rooted that it’s hard to untangle the mess that is the education system.

Perhaps, in a nutshell, one could argue that the academia needs to be run as actual academic institutions and not as graduate factories. Much of the strategy, direction and implementation in education policies and capacity-building have been done behind closed doors by hand-picked committees.

This approach has clearly failed to show any results. It's time to ask for an open and honest debate about the issue. Let there be a rigorous discussion by all who see themselves as stakeholders. This should be discussed openly in newspapers, over the airwaves, in blogs, in IT organizations such as Pikom (the Association of the Computer and Multimedia Industry Malaysia), in conferences and in government agencies.

Let leaders emerge from the community, industry and academia and let them lead the rejuvenation of the education system.

Dhillon: The problem is a whole lot bigger than a "fix a handful of things and stuff will be better" approach. It will require a change not only in the education system but also the IT industry in general.

Malaysian companies unfortunately have become entrenched in the thinking that their workforce is easily replaceable and that the value in their company lies in their products and not in their people. They also tend to underpay as compared with the IT industry globally, believing that should an employee want to leave, it will be easy to fill the gap by hiring more fresh graduates.

They forget however that the cost spent in retraining is often very much greater than staff retention.

Without interest, you can't create good graduates no matter if you change the syllabus or employ better teachers.

Parents need to inculcate and nurture their kids to do what they are inclined to do rather than force them to do the courses they want them to do. Schools have to expose them to things like programming computers at an early age and not just how to use apps such as Microsoft software.