RECENTLY, I was down south across the Causeway attending the annual CommunicAsia conference when I chanced upon this bizarre story by Reuters.

The newswire had reported that according to a recent survey, American travelers don’t want to leave home without their laptops and smartphones, fear the devices will be stolen, and suffer “outlet outrage” if they can’t find somewhere to recharge them.

* Almost one-half of the 2,500 people questioned said they feel anxious without the technology and nearly three-quarters of younger travelers admitted to suffering outlet outrage.

* More than three-quarters of people questioned thought losing their device would be more stressful than misplacing their wedding ring, and 64% said they would sacrifice things such as toiletries to make room in luggage for their laptops or tablets.

* In the survey, 46% said they had compromised personal comfort or hygiene to keep the devices charged, and 15% of 18- to 29-year-olds said they would search public bathrooms for an outlet if they had no choice. 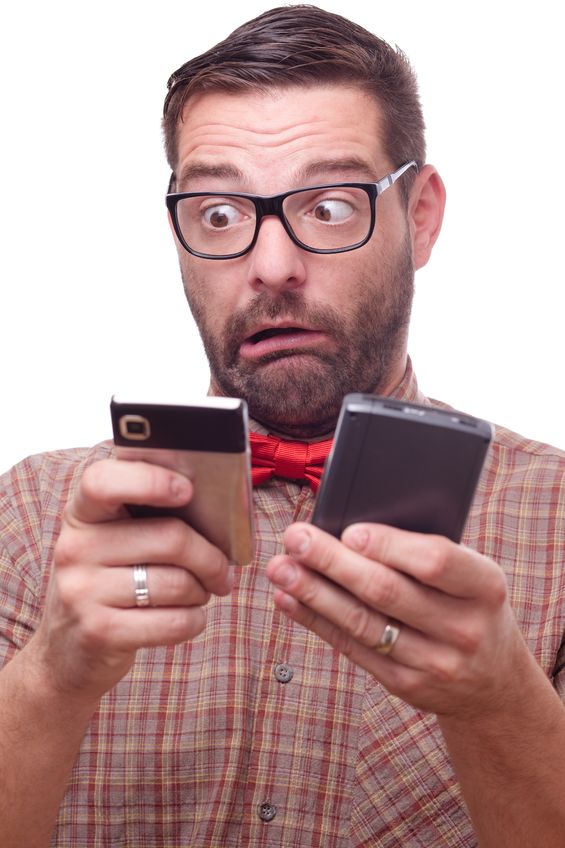 “The survey revealed how deep the emotional bond has become between travelers and their devices and how far they are willing to go to feed their always-on craving and stay connected,” Reuters quoted Mike Fard, a marketing strategist with chipmaker Intel Corp, as saying in an interview.

Wow, was what I said to myself when I read the story. But as I continued doing so, I also realised that as I looked around me, the findings of that Intel poll could very well refer to people here in Asia, too, particularly in Singapore.

It had been a year since I last went down south and as I observed ordinary Singaporeans going about their business on mass rapid transit (MRT) trains and at stations, bus stops, taxi stands, food courts, and restaurants, there are definitely more people focusing on their smartphones at these places compared to a year ago.

I even saw one twenty-something girl focused on her tablet computer watching what looked like a daytime soap opera while walking during rush hour in a MRT station!

Well, I can’t be sure if the stats from the Intel poll apply to Singaporeans directly but anecdotal evidence suggests that many on the island state would not be able to do without their smartphones/ tablets throughout the day.

To be fair, I think the poll result would also apply to Malaysians too, albeit the figures might be different.

I can understand that this situation is bound to happen. As an avid user of technology myself, I too have benefitted from having a smartphone while on the go.

But staying in touch via email is no longer merely what people want. People today want to be connected, 24/7, particularly on social media, wherever they are.

They no longer see their device as something that they carry along, such as the car or apartment key; rather their smartphones have basically become an extension of their persona and character.

Hence, the irritation they experience when they don’t have their smartphones with them or the desperation they show to get to an AC plug, when their devices run out of power.

However, my sense is that while it can be argued that the smartphone and tablet are a very big part of life today, we must be very careful that such technological inventions do not take over our lives.

Like any other chemical substance that can be abused and which often incapacitates or influences people for the worse, the smartphone too can easily influence behavior.

To me, what was alarming in the poll were two other figures that were revealed: 21% said they experienced device envy, thinking someone else’s laptop, smartphone or tablet looked better than their own and that nearly 90% of young travelers — presumably young adults between 18 and 35 years of age — feel happier when they have their devices with them.

So have our happiness or moods become so dependent on our electronic devices until the point that it defines our state of mind and heart? Would not having our smart devices with us make us lousy company when meeting our loved ones and friends?

Are our young people so addicted to this new “drug” called the smartphone or tablet?

Like I said earlier, we can’t know if this trend is empirically true of our society here until someone comes up with a poll as an indicator.

But it does beg the question, what can we as individuals do to prevent our young from going down the road of device addiction?

Having written about technology for a long time, I’ve come to the conclusion that you can’t stop technological trends and that no matter how much one does, technology will continue to roll out its advances whether we like it or not.

These advances can be good and bad and while technology per se is agnostic, people aren’t.

As human beings, we can and should decide what we want technology to do for us and not let technology rule and have full control over us. A self-confessed tech geek like me should know better that we do need technology in our daily lives to help us make it better.

That said, we still need to find the balance of what’s good out there and use it to improve the quality of our lives, while taking cognizance of how dependent we are on technology and make sure we take a measured response to mitigate against it taking over our lives.

May I humbly suggest that this is the something that all of us using technology should do, so that we can manage our lives much better instead of letting technology rule the day.

This column previously appeared in The Malaysian Insider