OVER the past month, I interviewed a cross section of people, from tech industry veterans, members of academia, recruiters, technopreneurs and independent experts, to bring you our inaugural cover story -- the state of our information and communication technology (ICT) graduates -- to you, dear readers.

One of the most glaring takeaways unearthed while writing these stories was that many graduates today find it difficult to communicate, let alone pass stressful and stringent technical interviews.

As a result, many employers struggle to fill positions because our ICT graduates in general aren't able to function well without this ability to communicate. That aside, the quality of our graduates is also sadly not up to par, technically speaking, according to industry watchers. Whilst the best graduates can secure jobs easily, a majority sadly struggles to get jobs and retain them.

When being interviewed, candidates may not always successfully answer everything that is thrown at them. As a fresh graduate, I too had been stumped on a number of occasions (try describing what the Fresnel Zone and what it means to RF propagation is as a freshie, without Google).  But despite this, it never stopped me from attempting to communicate what I thought was the right answer to those tough questions.

I was also able to articulate and communicate clearly these concepts when asked, and although my answers weren't 100% correct, I was able to put forward logically-argued reasoning to my answers.

It would be unconceivable for a fresh graduate to know everything when faced with an interviewer. But at the very least, candidates should be able to understand the basic principles of the subject and be familiar with the one thing that most graduates would have spent a bulk of their final year on -- their thesis project.

My prospective boss then knew this and that was the reason why he asked me to explain to him, in my own words, the minute details of my project, which I could do convincingly. This included the basics of the projects, what it sought to investigate, what the outcomes of such an effort were and what lessons I learnt.

Another reason I felt I was successful in my interview was that I came prepared. I was entering a then-nascent industry -- cellular (mobile network) engineering -- which meant that I needed to read up on this.

Armed with basic knowledge gained at university, I prepared for my interview by getting myself a specialized book on this subject (there was no Wikipedia and the like then), and began learning what GSM technology was all about. Again, this is what I felt set me apart from the other candidates.

After coming away from doing these stories, I can't help feeling dismayed and discouraged especially when I hear that graduates today aren't able to communicate and articulate themselves beyond the most obvious questions of "What is my name?" or "Where are you from?"

Furthermore, what gets me even more riled up is when I hear stories of how prospective candidates don't even bother finding out what kind of company they're being interviewed by, what their core business is, let alone being prepared to answer technical questions.

So whose fault is it? The government? The academia? The industry?

What went wrong in only a short span of 15 years? And what should the ICT industry do about it and how do they go about addressing these issues?

Some of the answers to these questions can be found in the stories I've written. Yes the industry must band together and work more with the academia, who need to realize that technology is outpacing what they are able to keep up with in terms of their syllabus and curriculum.

Parents may overact and discourage their children who are interested in technology to join ICT courses. Others may push their children to study ICT when they don't want to. Instead of doing either, parents must do what's best for the child's education and seek their best potential for the sake of their future.

Some may accuse the government for being at fault, and blame the primary and secondary education of our country.

But will this fix the country's ICT graduate woes? I doubt it.

Fortunately, I do believe that Malaysia still has what it takes to reverse this situation. Instead of blaming everyone and everything else, there is an opportunity for all in the industry, academia and the student fraternity to address these issues because ICT is a field that benefits from the wealth of information that is available, much of it free, on the Internet.

However, to address this effectively, students must realize that the world is far more competitive than it was before due to globalization, and that they need to develop the right attitude to stay on par with the competition.

They need to work doubly hard, go the extra mile in gaining knowledge, try and not be afraid to fail, do much more than just pass exams and push themselves to the next level. And they need to start realizing this now, and take affirmative action to stem this tide.

Then perhaps our technology graduates can begin to return to the raison d'être for their existence -- to contribute to the nation and advance Malaysia's aspiration to be a technological powerhouse in the region, and beyond.

Time to raise the bar 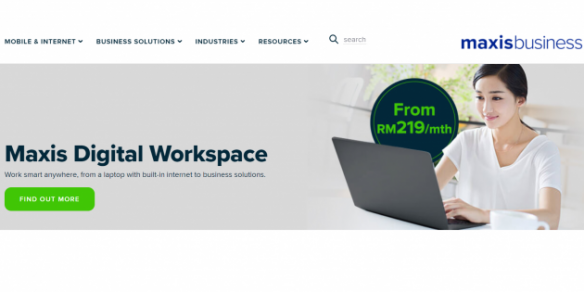