BELL Labs India believes one of its research projects, currently on trial, may do away with the need for bandwidth throttling by Internet service providers (ISPs).

ISPs the world over have been threatening to deliberately slow down Internet access to manage and regulate their networks from large downloads during peak periods – whether to combat congestion or to discourage peer-to-peer network users from downloading pirated material.

Bell Labs India’s “smart loading” technology came off the back of research into white spaces networking – looking at unused portions of a spectrum – as a way of addressing the Internet infrastructure needs in emerging markets, according to Dr Viswanath Poosala (pic), executive director and president of Bell Labs India.

The Bangalore-based center had begun by looking into the needs of an emerging market like India, where there are half-a-billion people under 25 years of age who are increasingly connected.

Speaking to the Malaysian media recently, he says, “Iimagine if most of these under-25s decide to download videos of last night’s Euro 2012 match at around the same time – I’m pretty sure all the networks will crash. They’re not capacitated to support this.”

“What we have been looking at is alternate ways of delivering content to users without killing the network, at a fairly low price,” he adds.

Capacity is never used in a flat way, he notes. How smart loading works is that a user downloads an app on his smartphone, for example. When he wants to download a series of YouTube videos, the app can prompt him with a choice of getting the downloads immediately at the standard price, or to wait for a non-peak period and get the downloads at a much lower price.

While it may have been developed for emerging markets, smart loading is on trial with multiple operators in developed markets globally.

However, there are caveats to making smart loading work, notes Viswanath. “There must be enough variation in the network capacity and we must be able to detect and track these.

“Second, we must also be able to make use of price elasticity to allow this – that is, offering incentives to users to download during non-peak periods.

“The trials we are working on are addressing the technical issues, but what we have yet to do is determine whether users are willing to go for this,” he says, adding that Bell Labs India has only gathered feedback from college students in Bangalore, and they are very enthusiastic about the idea. More broad-based feedback is needed, he notes.

“That’s the interesting thing about Bell Labs in India. We take advantage of being in India to develop technologies for emerging markets, then look for parallel markets with similar needs – and there are many – and finally work to make them globally applicable,” he says.

Products or services for emerging markets must all have certain characteristics, in addition to low cost. They must have low-energy requirements, and indeed, must not assume that power is available 24/7 or that everyone is on the grid. User interfaces must be simple to take into account language differences or even literacy levels. Finally, they must be scalable.

“For developed economies, like the United States for instance, some of these are still important characteristics but they usually come under the ‘good to have’ category; you can just focus on the technology aspects,” says Viswanath.

“But they’re absolutely essential to an emerging market. Without these characteristics, there is no point launching a mass market service or technology in such a market.

“The beauty of having these constraints in India is that it forces you to innovate harder within these parameters. Companies are realizing that emerging markets are going to be the majority of the total addressable market for ICT products,” he adds. 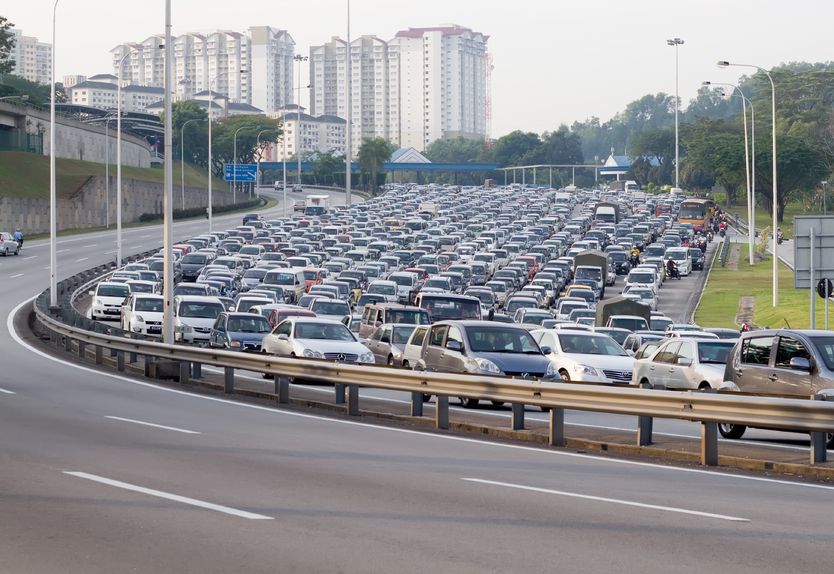 The ‘other’ traffic problem

Viswanath also points to another Bell Labs India project, “Teleport,” which uses aspects of crowd-sourcing and Bluetooth to tackle traffic congestion on the roads of Bangalore.

Using traffic sensors to give commuters an idea of how many cars are on the road is not new – Singapore does it, for instance. Bell Labs India approached it from a different angle however: It’s not about how many cars there are, but the fastest route.

After getting the go-ahead from the district police commissioner, Bell Labs deployed 400 to 500 low-cost and low-power Bluetooth sensors across the streets and major intersections of Bangalore. Quite a number of cellphone users in the high-tech city leave their Bluetooth activated. When a user passes one of these sensors, it identifies his MAC ID number – and only that, Viswanath notes – and tracks how long he takes to get from Point A to Point B.

“As more travel times are calculated, you get very accurate information on all travel times – the system can help users determine the fastest routes to get where they want to get to by avoiding the most congested areas,” he adds.

The system is intelligent enough to cluster groups of data to discount Bluetooth users who are pedestrians or those using motorbikes and bicycles.

He says that in those two markets, Teleport is being used as a “green” solution. The sensors are solar-powered, and by avoiding congested areas, cars are not stalled and burning up fuel unnecessarily.

“This can also be moved up the value chain,” he adds. “Once you have 500 sensors deployed in a city, you can put in pollutions sensors, cameras, microphones to communicate – and what you have created is the base for a smart city.”