SHORTLY before Facebook announced that it was planning to go public, founder Mark Zuckerberg asked employees from around the world to attend a meeting at the company’s new headquarters in Menlo Park, California. Around 2,000 of them gathered under a big white tent on the lawn, as Fortune writers Miguel Helft and Jessi Hempel reported in their compelling story in the March 19 edition.

Everyone thought Zuckerberg was going to talk about the impending IPO, but the 27-year-old CEO surprised them all.  Instead, as Fortune reported, the gathering was to discuss priorities for 2012.  Zuckerberg urged his team to stay focused in the year to come. “Keep shipping,” he told them.

With so many businesses facing new competition around the globe, it may seem like practices such as slowing down to hold a strategy session aren’t important any more. But as this gifted CEO showed, setting a clear direction—and making sure employees know what it is—is more important than ever to keeping your company’s edge.

You don’t have to set a battery of priorities to dominate your industry.  I’m recommending to the companies I advise that they focus on a single theme, in an ideal scenario.

We’re approaching half-time for 2012. Does your team know the key priority for the next six months? Pick one thing that will have the biggest impact on your company – and focus on that. As the late Eli Goldratt, author of The Goal and creator of the theory of constraints advises, look for the weakest link or bottleneck in your industry, your company – even yourself – and find a way to address it. That will help you to focus your mission on something that’s worth pursuing.

It’s incredibly liberating to limit your choices – to only have one major thing to accomplish.  If you get that done, many other elements of your business will almost take care of themselves.

For instance, when I finally committed the time to writing the book Mastering the Rockefeller Habits, I found that getting it right helped me to solidify many other parts of my business. It attracted the right kind of customers and opportunities to help me grow my firm.

Narrowing down your company’s focus will liberate you to do great things.  In turn, opening up your company to tap into the brains, time, and effort of millions of others will accelerate your success.

Over the last century, CEOs have needed to focus on getting the right people on the bus above all. Today, you still need to employ the best talent in paying jobs. But you also need millions of other brains on your side.

Zuckerberg’s genius is that the people doing most of the labor for Facebook—and creating its value—aren’t his employees. They’re you and me: the “volunteers” who are posting pages on the site. None of us have been paid a penny to put our valuable content on the site—and he’s making a fortune from it.

How can you get millions of volunteers on your side? That should be a key question at your next strategy session. Today, a simple effort like making an inexpensive, funny video that customers turn into a viral marketing sensation on YouTube can be worth millions, much like what founder Michael Durin has done with his Dollar Shave Club video that has attracted over 4 million views.  How can you inspire your company’s fans to contribute their knowhow and networks to your company?

Stay Focused
Ajay Prahbu, COO of global outsourced engineering firm QuEST, has always given strategy high priority. It’s the reason the company, founded in 1997, now has about 3,500 employees and had about $180 million in revenues last year, with sales increasing by about 35% a year.

From the outset, QuEST had a clear mission: to win Goliath clients in industries such as aerospace by serving as a challenger to the existing supply chain. “The entire company is focused on going after these customers,” says Prahbu. QuEST won GE as its first account by finding ways to solve its engineering challenges faster and better than competitors. It distinguishes itself through extraordinary efforts to keep customers happy and protect their intellectual property.

QuEST’s growth didn’t happen by accident. Twice a year, the company convenes all of its key sales and engineering executives and other pivotal players in one location. “We spend three to four days of intensive thinking and talking about what we need to do in the next six months,” says Prahbu. The company focuses on setting goals—such as deciding which customers to pursue in the coming six months—and taking stock of its progress on existing initiatives. “That helps us to align people,” he says.

Just as staying focused on strategy has helped Facebook, it’s also helped Prahbu’s firm. QuEST expects $300 million in sales this year. If you give strategic planning the same high priority he does, you’ll be surprised by what you can achieve—especially if you get your fans on board. 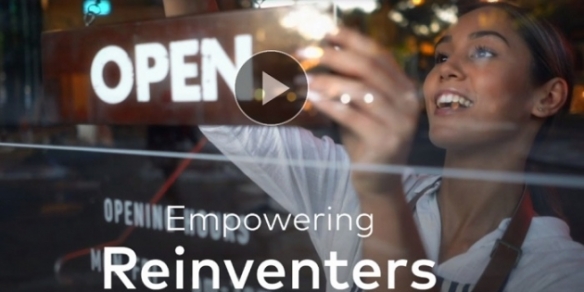