Dassault Systèmes drives user experience to the forefront: Page 2 of 2 Asked for an overview of the company’s progress and footprint in South-East Asia, Khaou says that the automotive industry accounts for more than 50% of revenue from the region.

This is mainly due to Thailand being a base of manufacturing and research and development for many Japanese car brands, with Indonesia also a growing market for the automotive sector.

“This region is still a growing market for the automotive sector, with Thailand investing more in local projects, and because of the growing middle class and corresponding demand for cars in Indonesia,” he adds.

“Don’t underestimate Proton and count them out just yet; they’ve more than 200 engineers working on design and are putting a lot of investment on engineers and knowledge creation. The company is committed to the vision of creating its own car and intellectual property,” he says of Malaysia's beleagured national car-maker.

With Perodua, established in 1993 as a joint venture company between Malaysian and Japanese partners, the company is driving design based on manufacturing assets, similar to one of Dassault’s largest customers Toyota. “The way we work with Toyota is very simple. They drive engineering based on manufacturing assets, so they value the plant because that’s in line with the Toyota Production System which is about continuous improvement. That’s where the value of the company lies, where any new car can be produced anywhere.

“The same principles apply at Perodua, where no matter the design, the focus is on how to put a new car into the same factory. The second new engine manufacturing plant being built with Daihatsu Motor Corporation is designed on this basis,” he adds.

Khaou (pic) describes Malaysia as a “very interesting” market for Dassault, especially with its plans to design and manufacture an energy-efficient vehicle locally to differentiate itself.

He says there are also other significant industries for the company in Asia Pacific, namely those focused on natural resources such as mining companies.

“Today, the overall market is declining for commodities, but in this region, in Australia and Indonesia especially, we’re still seeing demand for our solutions.

“We have a small team in Indonesia dealing with mining industry software, helping implement solutions to aid in things such as simulated mine explorations based on geo-data,” he adds.

The energy sector is also a major vertical, with South-East Asia undergoing rapid urbanisation, which has led to the power industry demanding solutions that would aid in planning power grids for growing hubs.

Given his long tenure overseeing operations in Asia, when asked what has been the most significant shift he’s observed in the last two decades, Khaou points to not a change but a steadfast trait of the region.

“I see the same pattern from all our customers in Asia, whether it is 20 years ago or now – they are still looking for expertise and getting skills.

“There is also this envy and hunger to learn from others, that has stayed the same. On our side, we’ve stayed the same as well in the way we seek to figure out how we can provide these customers with both the software and skills, be it via knowledge transfers or competence building,” he adds.

Dassault Systèmes in FTD pact for Malaysia and Singapore 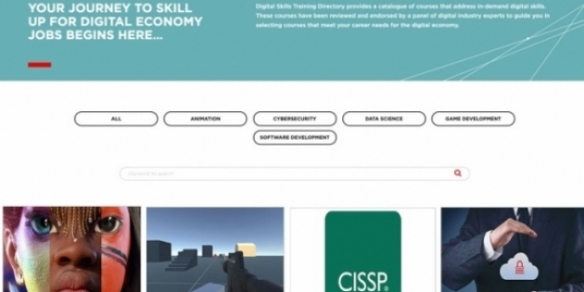