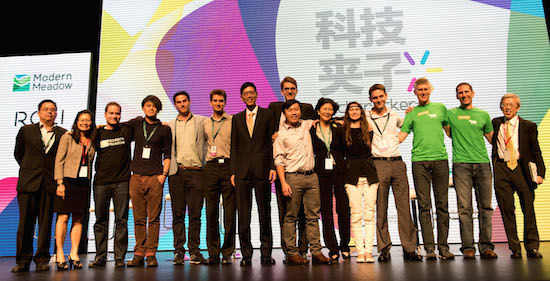 IT was an inspiring showcase of disruptive technologies at the inaugural TechCracker Singapore hosted at the National University of Singapore’s (NUS) Cultural Centre on Oct 7.

With its theme of disruptive technologies and its possibilities, the half-day roadshow featured presentations from seven technology startups – all Horizon Ventures investees – from around the world. In his opening remarks, Iswaran (pic) said that it was “apt” for Singapore to host the second leg of this roadshow after its debut in Beijing in May, given the nation’s matured startup ecosystem and recognition as an innovation hub.

“In July this year, INSEAD’s Global Innovation Index ranked Singapore in seventh position, up a position from eighth last year, as the most innovative economy in Asia,” he reported.

According to the report, total early-stage entrepreneurial activity in Singapore, which represents the percentage of working-age population about to start or who have recently started a new business, has grown from 4.9% in 2006 to 10.7% in 2013.

Stressing the importance of innovation and entrepreneurship as drivers of the island nation’s economic future, he also took the opportunity to provide an update on some of the Singapore Government’s efforts in nurturing this growth.

Startups with technologically innovative or disruptive ideas can tap on SPRING Singapore’s Technology Enterprise Commercialisation Scheme or TECS, which provides funding for proof-of-concept or proof-of-value projects.

Iswaran said that the scheme has funded about 170 technology projects since its inception in 2008, while SPRING Singapore’s Startup Enterprise Development Scheme (SEEDS) also provides innovative startups with equity-based co-financing.

“As you can see, we like our acronyms,” he quipped.

JTC Corporation, the country’s principal developer and manager of industrial estates, is also further developing [email protected]-north to build on the success of the Block 71 infrastructure for startups. Two more blocks (Blocks 73 and 79) are being developed, to create a comprehensive startup launchpad called JTC [email protected]-North.

“The two new blocks will provide space for promising startups and incubators, and are slated for completion by end-2014," Iswaran said.

“This is expected to double the size of the community located at one-North to 500 startups and 2,000 people,” he added.

Inspiring the next generation In his opening speech, NUS president professor Tan Chorh Chuan (pic) said that the university “believes very strongly” in the importance of innovation and entrepreneurship, both in terms of nurturing and supporting entrepreneurial students and faculty, as well as at an institutional level.

He highlighted the NUS Overseas Colleges (NOC) programme as one such example. NOC allows undergraduate students to intern in startups in some of the world’s most vibrant entrepreneurial hotspots while taking courses in partner universities.

“We are very encouraged that in recent years, these efforts have helped launch over 350 NUS startups, largely set up by our students or alumni,” Tan said.

In introducing the TechCracker roadshow, Tan called the event a “celebration of innovative and cutting-edge technologies,” with the event’s ultimate aim to inspire its students and attendees.

Next Page: The startups on display