INTERNET startup Mindvalley’s upstart founder Vishen Lakhiani (pic, far right) had no qualms in publicly declaring what we all know to be the truth: There is something dreadfully wrong with the education system in the country.

Only difference is, he aims to fix it.

“Our education system is broken,” he says. “Since the political will to fix it just doesn’t seem to be there, we’re going to start our own grassroots movement to do it ourselves.”

Bold ambition or mere braggadocio? Vishen was speaking on the sidelines of the recent Asian Business Angel Forum (ABAF 2012) in Kuala Lumpur, where he had presented his credentials as: “We’re the most successful technology incubator in the country.”

The 36-year-old founded Mindvalley in 2003, with a mission to “bring enlightenment and personal growth to the world in a scalable way using a hybrid of marketing and technology,” goes the marketing-speak on its website.

The mercurial speaker shoots off sound-bites and quotable quotes with every other sentence. Speed-reading this article still wouldn’t give you the right sense of how fast he thinks and speaks, and of how very sure he is of himself.

To some, these are all the hallmarks of a snake-oil salesman. But when I spoke to some trusted industry insiders, they had more or less the same things to say of him, usually with an empathic chuckle: “He’s the real deal. Some parts just need getting used to.”

One aspect of what he is trying to do, and succeeding quite well in, is the WebCamp KL initiative, which brings together some of the sharpest minds in the tech space in Malaysia. They meet every month at Mindvalley’s offices, and their Facebook page – run by his partner and chief designer at Mindvalley, Ngeow Wu Han – carries some of the most interesting and informative discussions around.

“Last year, we launched seven new companies, with a 100% hit rate – every company was profitable, sometimes within four weeks,” claims Vishen. “And we’re talking profitable in terms of millions of US dollars.”

“This year, we intend to launch one new company every six weeks; next year we intend to do one every two weeks. We’re not a technology incubator or accelerator; we’re something completely new and different.

“Mindvalley is now considered one of the best place to work in, in all of Asia, and because of that we get amazing talent from all over the world. We have the capacity to build new businesses very quickly and effectively,” he says. Among Mindvalley’s successes is Dealmates.com (pic), which within 10 months saw microprocessor giant Intel making a US$2 million investment in for a 24% stake. Within six weeks of its launch, Omharmonics was profitable; within three months it had done US$1 million in sales, Vishen claims.

“We launched another company, Mindvalley Engage -- within 12 months it was on track to do US$5 million in sales,” he says.

So with the fast and furious space it is birthing startups, Mindvalley is hungry for talent, which it is sourcing from all over the world – it says it has employees from 30 countries currently.

Still, it would be nice if more Malaysians could fill that need, which brings us back to the education equation and what Mindvalley is doing.

“We’re making training and educational videos that can be downloaded for free from our website; we’re styling ourselves a bit like The Khan Academy, but with one major difference – it won’t be syllabus-based.

“We want to train people on technology and entrepreneurship, to think for themselves and to go out and make a difference,” says Vishen. “If I find a 17-year-old who can code iPhone apps, I would go out and get him; I don’t care if he has a college degree or anything of that sort.”

“The education revolution would create the talent to feed into the ‘accelerator’ and businesses we’re starting,” he adds.

English rules
Education in Malaysia is a political hot button. In 2003, the Malaysian Government began the Teaching and Learning of Science and Mathematics in English (or PPSMI in its Malay version), aimed at improving the command of English among schoolchildren to allow them to better fit into an increasingly globalized world in which technology was playing a dominant role.

Malay-language pressure groups and extremists forced the Government to backtrack in 2011 however, and the medium of instruction for science and mathematics is reverting to Malay.

Vishen’s grassroots education revolution would be based on English. Wouldn’t the Government object?

“Why would they? If we’re giving free education, if we’re teaching people how to code and how to start their own businesses, and if we had to do it in English – because that’s the language the teachers are speaking – why would the Government object?

“English is the global language. It's just the way the world works right now,” he says.

That education movement is merely part of a bigger agenda.

Vishen’s vision (the alliteration is coincidental) is to recreate the Renaissance right here in Malaysia. Project Renaissance launches in two months.

“We’re attempting to reverse engineer the European Renaissance to bring it here to Malaysia, and in 24 months, we want to put Malaysia on the map as one of the top places on the planet to start your tech company," he says.

Mindvalley is building a RM7 million (US$2.2 million) auditorium in the suburb of Bangsar in Kuala Lumpur, to be called … the Hall of Awesomeness, mirroring Mindvalley's annual entrepreneurial festival, the Awesomeness Fest,

“We would be giving the Hall free to the Malaysian public. We’re working with various communities in Kuala Lumpur, and have started a variety of different groups to bring together the best apps developers, copyrighters, creative advertising people, artistes and so on.

“We’re re-creating the Florence of Renaissance Italy right here in Malaysia,” he adds. 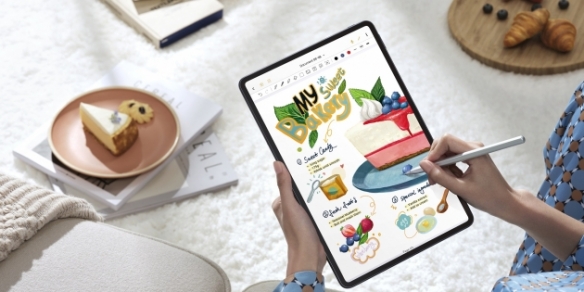