IT is a battle that Gerard Lim has fought before.

The director of Ebizu Sdn Bhd, a Malaysian startup that provides digital retail solutions, was referring to challenge of doing business in a 'two-sided marketplace.'

A two-sided marketplace, as Lim explains it, is where a business needs to recruit and sign up paying customers such as merchants, and at the same time, ensure a large enough consumer user base to bring value to the table.

It is a battle any e-commerce startup building a marketplace platform would be familiar with.

“I’ve been in that position before and I know the challenges. It’s not easy but also not impossible; it boils down to the fact that a lot of work needs to be put into it in order to reap the rewards,” says Lim.

But the one surprise for him though, is how much less of an uphill battle things seem this time around, having joined Ebizu seven months ago at the invitation of founder and chief operating officer Rohit Maheswaran.

Ebizu has been a labour of love over the past two years for Rohit, who has been hard at work developing the company’s suite of digital retail solutions.

He even spent some time in Jarkarta to work closely with the development team, fuelled by the insight that the retail sector has yet to have its 'digital awakening.'

“Rohit approached me in September last year about joining the team. It took me a few months to reach a decision but I ultimately decided to take that leap and embark on another startup journey,” Lim says.

He adds that Rohit and the Ebizu team have “always been huge believers” in retail needing to be digital.

“Although we hear a lot about e-commerce, if you drill down to the numbers it only accounts for 5% of total retail transactions in Malaysia, meaning 95% is still done via brick and mortar channels. That is not to say that brick and mortar enterprises don’t need to embrace e-commerce – there’s still an opportunity there – but retail players typically need to take certain baby steps.

“If we can introduce them to such concepts and extend it to mobile, it’s not a complete e-commerce play in the sense that you have an online store, but it’s a step towards it – to bridge consumer shopping behaviours, and reaching out via digital means,” says Lim.

It is this process of bridging two seemingly disparate worlds that Ebizu hopes to play a significant part in, and it is a mission that is coincidentally in line with the country’s own digital aspirations.

In July 2012, the Malaysian Government officially rolled out its Digital Malaysia programme, which seeks to transform the nation into a ‘digital economy.’

One of three strategic thrusts contained within this initiative is to shift behaviour from being consumption- to production-centric, or to change the consumer mindset so prevalent in technology use so that Malaysian individuals and businesses produce as much as they consume from digital technologies.

This mission to help traditional retailers embrace and leverage the benefits of digital technologies in doing business will be at the forefront as Ebizu continues on its current timetable of making its presence felt in the regional retail scene this year. 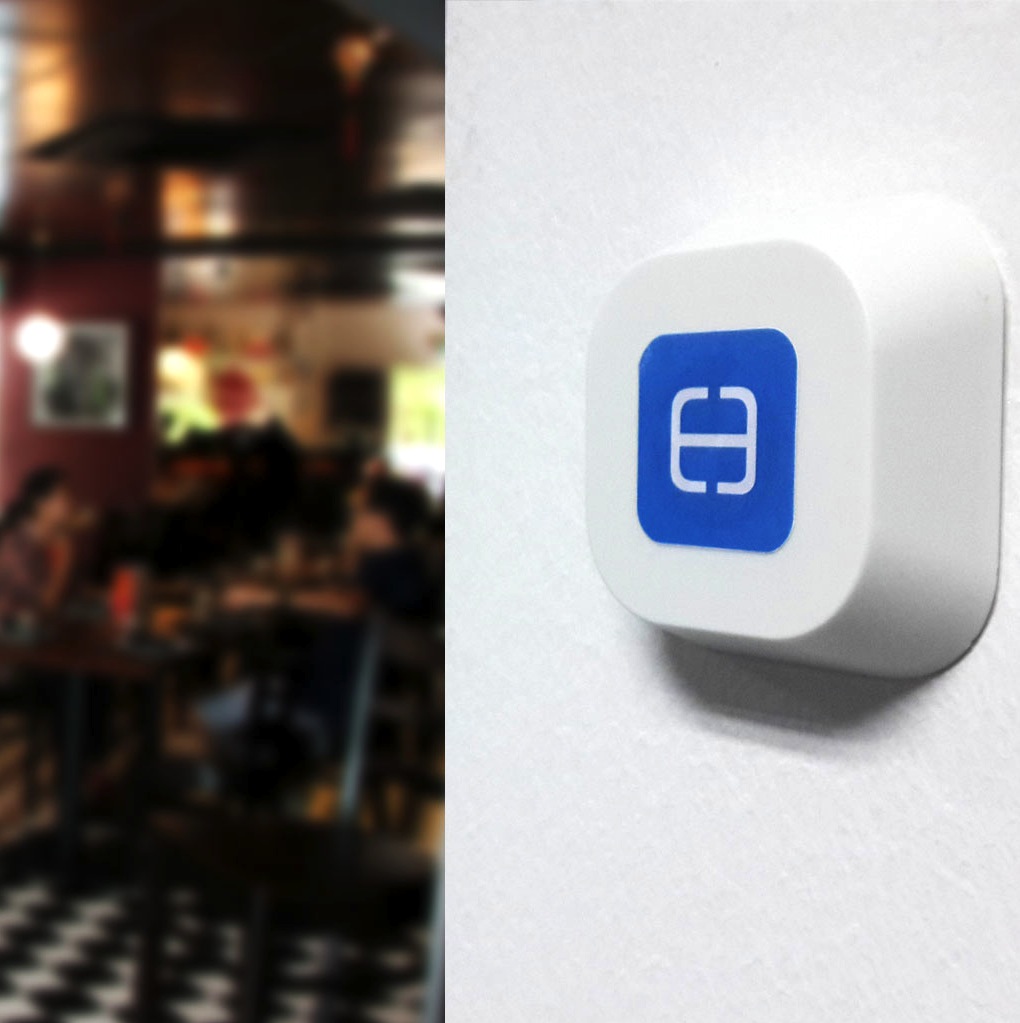 On June 18, the company launched its Ebizu beacon and Shop Smart Solution, the latest additions to its portfolio of business-to-business (B2B) retail solutions.

Targeted at helping small and medium businesses (SMBs), hypermarkets and malls, the solutions are intended to help them manage and grow their business using affordable cloud and mobile technologies.

These technologies would allow them to connect to the constantly connected consumer via micro-location technology for proximity marketing, coalition loyalty, business apps and analytics, and insights.

In each merchant store, the Ebizu beacon – using Bluetooth 4.0 beacons that have a range of 100 feet – is placed at strategic spots and beams a steady signal that is intercepted by shoppers’ smartphones that have the complementary Shop Smart Solution installed.

This channel of communication between the merchant and shopper allows stores to connect and engage with consumers on the go.

By collecting information on shopper preferences and behaviour, businesses can build up personalised profiles to customise marketing and promotional activities – focusing on their real-time physical proximity to the store, with the aim of increasing customer loyalty and retention in the longer term.

“Ebizu uses the latest micro-location technology to allow merchants to identify shoppers who are close by – to provide them with product information and the latest deals on the go, via a Bluetooth Low Energy channel and WiFi.

“Merchants are also able to know exactly who their shoppers are and use targeted marketing to increase the efficacy of communications to them,” Lim said during the June launch event.

Lim admits that Ebizu is not the first company to take on the immense potential that beacons, made popular by Apple’s proprietary indoor proximity system iBeacon, can offer to a variety of industries.

However, he does believe that the company could very well be potentially the first to commercialise the technology and get it into stores on a mass scale in the region.

“It is based on iBeacon specifications but our solution also works with Android, and all apps built on these two operating systems will work with all our beacons,” he claims.

Lim says that the Ebizu team is currently working with malls and hypermarkets in the region, asking for their maps and floor plans to provide digital mapping services to map that information back to the beacons and other solutions in order to accurately pinpoint user positions.

Asked about the application of beacons in places such as underground car parks, Lim says that the company has received such queries from several shopping malls, for a car park locator solution for mall visitors, but adds that this offering remains a work in progress.

“We’re still working on it and the algorithm is not bullet-proof yet. Currently, we can detect when a user comes into the mall via our app, which doesn’t need to run in the foreground but does need to be downloaded and used once to allow us to ‘catch’ the user and register that he or she has entered a car park,” he adds.

Lim says that the more sophisticated version of such an offering would mean that the app would be able to tell the difference between a user walking or driving, which will eliminate the need for the user to tell the app that he or she has parked.

“It is not impossible as smartphones have all the necessary sensors built-in these days,” he says.

Such capabilities to track users brings up the issue of data privacy, and Lim is quick to reassure that Ebizu is compliant.

“We’re all big believers and practitioners of data privacy and protection. All data is stored on our servers, secured and encrypted, and we don’t carry any financial information, with actual payment processing handled via certified and licensed payment gateways and processors.

“Transaction-approved data is stored to be sent back to merchants for record-keeping, and any data reporting we do is based on anonymised data with no personally identifiable information. In the event we do provide data to external parties, it is always on an aggregated basis.

“With any of our consumer apps, users have the choice of logging in via Facebook Connect which captures some demographic data, or via email where we will ask basic questions such as gender or birthdate in order to personalise merchant offers,” he adds.