WHILE Malaysia’s average information and communication technology (ICT) job salaries have increased in the past year, the country still faces a significant salary disparity when compared to countries around the region, reveals a new survey.

According to Pikom's (Association of the Computer and Multimedia Industry of Malaysia) recently released ICT Job Market Outlook report, the average salary of ICT professionals in Malaysia rose 10.9% from RM5,626 in 2010 to RM6,240 in 2011.

The survey is part of the ICT Job Market Outlook report produced by Pikom and was undertaken in collaboration with recruitment portal Jobstreet.com, who provided the salary data, and KPMG, who analyzed the economic outlook in the report. Pikom chairman Woon Tai Hai (pic) said that the salary growth experienced in 2011 was moderate and in tandem with the overall economic climate in Malaysia, which is still experiencing resilient growth despite the conditions in the Eurozone.

But the not-for-profit national ICT Association chairman conceded that countries around the region still offer much better salaries, noting that this situation will still contribute to the overall “brain drain” phenomenon experienced by the country.

Noting that previous Pikom salary surveys did not include comparisons with other countries in the region, Woon said last year's Malaysian salary data was first converted from their ringgit equivalent into their corresponding US dollar value.

A direct comparison was then made between similar job categories in different countries around the region. An average salary figure for each category was then derived. The data revealed the following:

"Although this is considered a ‘dirty comparison,’ as a result of the direct conversion and not taking into account currency fluctuations, it nonetheless shows the disparity between Malaysia and other nations nearby,” he told a media briefing in Kuala Lumpur.

“Thailand has almost achieved parity with Malaysia so what this means is that if Thailand’s [average salaries offered] start moving up [next year], we may lose more people to them too," Woon stressed.

Woon also noted that although China had similar average salaries to offer as Malaysia, this still signified "a danger zone, as parity does not mean it's better for us."

"These countries are basically around us, with flying times of about three to four hours between them," he said, adding that these trends could negatively affect the brain drain problem that the country is facing.

Asked what could be done about such a situation, Woon said that Pikom as an organization has provided feedback to the government with such data.

“What we can do is that we can create awareness of the real facts, through such data,” he said. “We have been involved with dialogues, not only with the ministry of human resources but other ministries as well.”

Acknowledging that this situation is a tough one to deal with, Woon said this brain drain situation is far bigger than what Pikom can deal with by itself.

Among the recommendations, Woon said is for the government to look at the entire education system and review the way it assesses students and move away from being too examination oriented.

“There is also a need to ensure admission and/or accreditation of new higher institutions of learning that are equipped with the right programs,” he said. “Also, the academia need to forge closer collaboration with industry players to ensure better understanding of industry needs.”

Time to raise the bar

Reflections on the state of ICT graduates (Premium) 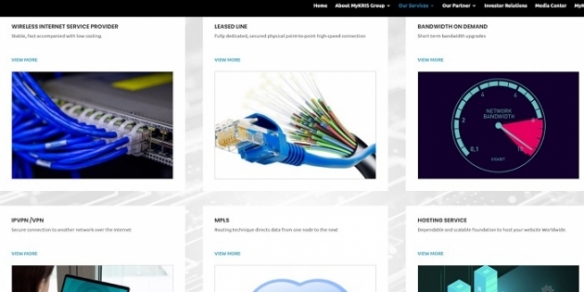