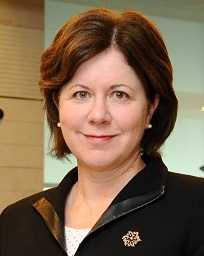 “In Malaysia, 50 cloud users and 43 non-users were surveyed independently by comScore in March and April this year,” said Adrienne Hall (pic), general manager of Microsoft’s Trustworthy Computing Group. “The respondents were unaware that the survey was commissioned by Microsoft.”

The key findings in Malaysia:

This contrasted deeply with the perceptions of SMEs that had yet to adopt the cloud, Hall noted, with 51% citing security concerns as the reason why they had not moved to cloud computing.

“Also, 53% cited the perceived cost of transitioning to the cloud as a barrier to adoption,” she told a media briefing at Microsoft’s office in Kuala Lumpur on May 22. He said he believed that some of the lack of confidence shown by non-cloud users probably stemmed from a reluctance to relinquish control of their data.

Hall said this was among the reasons why Microsoft is one of the 40 members of the Cloud Security Alliance, which involves industry-recognized certification and accreditation, as well as independent audits by third parties.