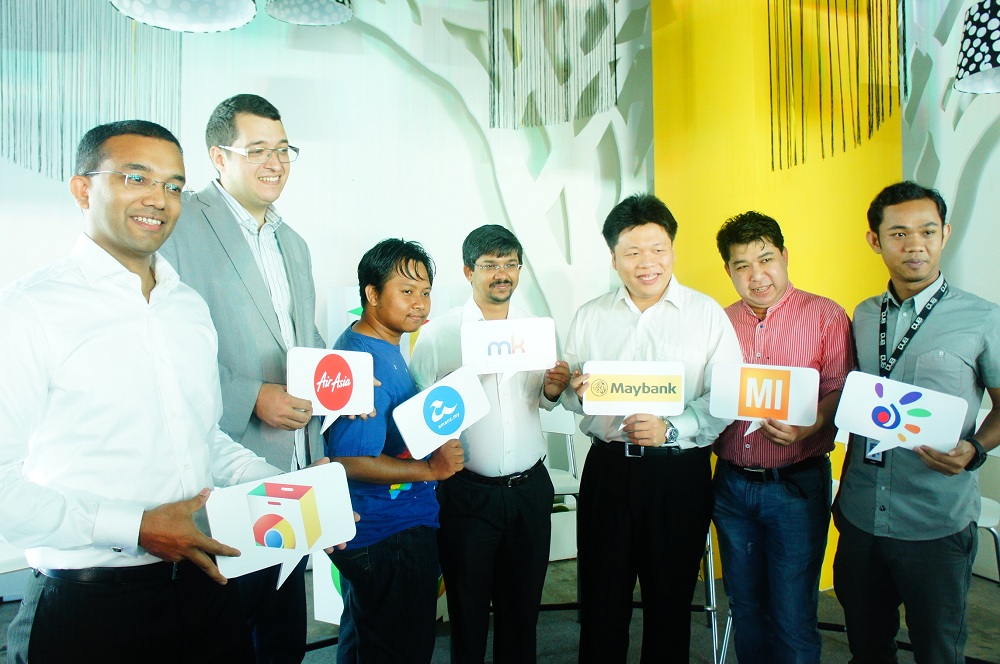 GOOGLE has launched the Chrome Web Store in Malaysia, part of what its country manager Sajith Sivanandan called the “continued ‘Malaysianization’ of Google,” following the March launch of YouTube here.

“For users, it’s one-stop shop of apps; for local developers, it’s gives them a chance to build, distribute and showcase their products and help build the apps ecosystem here,” he said at the May 16 launch in Kuala Lumpur.

The Chrome Web Store was launched a little over a year ago and has rolled out in 40 countries, giving each of these markets a dedicated storefront. Users can use this open marketplace to browse, discover and download the web-based applications that appeal to them.

Malaysia is pretty much Chrome country: According to GS Statcounter, 44% of Internet browsing here comes through the Chrome browser, making it the most popular browser in the country, Sajith said.

The Malaysian partners above concurred with this statistic, with all six above saying that a large proportion of visitors to their sites come via Chrome, with figures ranging from the high 30s to low 40s in terms of percentage.

Google Malaysia hopes to have “10s of thousands of locally-developed apps on the Malaysian storefront within a year,” said Sajith, though he declined to put a more specific target.

Arun Verma, head of Technology & Innovation at AirAsia, said that the low-cost airline was also not targeting a specific number of users.

“It’s not so much the numbers here, but a platform for us to be more creative and innovative with the kinds of services we roll out to our customers,” he said. “We already have multiple channels, including the Web and mobile, and this is an additional channel through which we can reach out to travelers.”

With the AirAsia app, travelers can peruse offers and book flight tickets.

Although Maybank’s Web Media Management head Aizuddin Danan declined to comment, its app is touted to function as a “personal finance desk” that helps users set financial goals based on their income and expenses, and also calculate monthly excess funds based on their salaries, expenses and current monthly loan repayments.

“Google has been a valued partner of ours since The Malaysian Insider went live [in 2008],” said its chief executive officer Jahabar Sadiq. “Most of our site has been built on this platform.

“Apps are really the future, and we will continue working closely with Google on the mobile front too,” he added.

Malaysiakini wants to use its app to push its reader experience boundaries. “Ours is a photo- and comment-driven app,” said its chief executive officer Premesh Chandran. “We want to reach out to our 2.5million monthly unique visitors in new ways.”

With the Malaysiakini app, users can browse through photos linked to Malaysiakini’s news feed, comment on them and save this like a bookmark. New comments will trigger a notification to allow readers to return later to view the ongoing conversation.

The Star Online app will feature news from its Nation pages and pictures from its photo gallery. Izzuddin Mohd Noor, senior developer, said his team is also building in features that would allow users to customize and prioritize the kind of content and news they receive.

The Amanz.my app enables users to save offline copies of its articles and also identify specific categories they want to read, and also features Amanz TV.

Its chief executive officer Ikhwan Nazri wasn’t afraid to name a specific target. “We have 150,000 unique visitors a month to our site, and about 40% of them come via Chrome. I think we can get 80,000 users within a year,” he said, adding that within three days of the app being made available, without much fanfare, 100 users had downloaded it.