RECENTLY, Singapore’s Prime Minister Lee Hsien Loong was pictured with Facebook founder Mark Zuckerberg, who highlighted that Lee is one of the few world leaders who knows how to code.

With such an endorsement, we think coding is set to gain even more attention. As we shared in an earlier article, it is crucial for kids these days to learn coding, so they can be empowered in the future.

But with the hefty fees that some enrichment centres are charging, is there anything that parents can do to introduce their children to coding basics?

Here are several apps that parents can turn to. This free app is based on the popular Scratch website, and is designed for really young kids. It allows the creation of simple interactive games, animations and stories, using basic computer programming.

Instead of typing in instructions, coloured jigsaw-piece programming blocks can be dragged and dropped. By doing so, one can add scenes and characters, and program how a character moves or speaks.

ScratchJr has a huge variety of characters to choose from, including people, plants, animals and vehicles. There are a lot of scenic background options, such as beach, parks, space and so on.

One can also draw one’s own background using the built-in drawing tools, or even take a picture and use it as the background. Rather impressive!

It would be helpful for parents to be on standby to help. This is because there may be some reading required, and this may be beyond some kindergarteners.

Once the basic explanation is done, it’s really easy for kids to create short scenes by dragging and dropping items to make things happen. There are also many options to create backgrounds and colours and will keep little kids wanting more. Meet the ‘Foos,’ tiny little creatures with only one goal in life – to inspire kids’ creativity, imagination and computational thinking. They bring kids on different adventures to rescue puppies lost in space or track down a sneaky doughnut thief.

Whatever adventure it is, this app’s 40 levels enable young kids to grasp the basics of computer science concepts, such as determining the actions that will solve the problems in the adventures, and make code more efficient by recognising and refining patterns.

This app is really rather fun, and adults might find it entertaining too – while learning coding along with their kids. Lightbot Junior is designed just for kids under eight. It is the younger sibling of the popular Lightbot app, with all the puzzle fun, but is less complex.

With 42 levels, kids can take the role of Boybot or Girlbot, command their robot to move to blue square tiles, light them up, and solve puzzles.

At the beginning, they just move the robot forward, backward, left or right. As the game progresses, kids have to learn to make the robot jump up or down different heights of blocks.

It can get challenging quite fast, but  the kids indirectly gain an understanding of computer science ideas, such as debugging problems and executing loops.

Young kids around the age of four will probably need a parent to read the instructions to them though. Here's a cute and fun way to introduce coding to young kids. Those who love dinosaurs will find this irresistible.

This app is simply designed in such a way that young preschoolers can understand and be easily engaged in figuring out the basics of programming logic.

It is not intimidating. Though it may not teach actual coding, it definitely enables little minds to see and understand the relationship between the commands they input and Daisy the Dinosaur’s actions.

Created by the same people who made Hopscotch, preschoolers have to animate Daisy the Dinosaur by using basic blocks with one-word commands to make her roll, jump, spin or grow in the app’s programming space.

These simple animations cannot be saved though, so kids are rather limited to individual sessions. A bit of a pity here, since they may get easily bored with what this app has to offer. Kodable is set in the land of Smeeborg. A spaceship full of adorable fuzzy ball creatures has crashlanded on Smeeborg, and kids have to traverse the land with the Fuzz family to help them through a series of Technomazes.

They have to set commands by dragging arrows to move the Fuzzes through the mazes, collecting coins and earning stars along the way.

Kodable also introduces kids to the concept of ‘if this, then that’ in programming. It gets progressively harder, and with the earning of stars, kids can be kept engaged and motivated.

The advantage of this puzzle game app is its interactive tutorials – kids can largely be independent when playing this game. This is a programming puzzle game for older kids which requires the use of programming logic to solve levels that the main character, a little robot, goes through.

Through drag-and-drop blocks, kids make the robot move by programming actions such as moving forward, turning, or lighting up. They have to plan the commands, and if anything goes wrong, the app enables them to debug the commands.

The puzzles get harder and more challenging, with each level teaching a new coding concept, such as procedures and loops. This means that kids can be effectively engaged for a longer time to learn the fundamentals of computer science and learn how to think like a coder.

It has 50 levels and 20 challenge stars to collect. From the same people who created the Daisy the Dinosaur app, Hopscotch enables older kids to learn programming logic by creating their own games, apps and even animations.

Though limited in the number of controls, it is just right for kids just starting to learn the basics of programming, and gives them the ability to play and learn on their own. Got a kid who loves Lego? Well, this app could be the way to get him or her to learn programming and coding.

It features a humanoid robot, Ev3Rstorm, whose task is to return misplaced battery packs from the robot factory back in their right places.

Kids have to command his movements and navigate Ev3Rstorm through the series of mazes that is the robot factory.

The interface is simple, the robot commands are straightforward, and the graphics are professional looking – but the difficulty level of this coding puzzler can get a bit overwhelming a bit too quickly, especially for younger players.

Still, having said that, this app doesn’t go beyond the basics, so other than the robot falling or getting electrocuted, kids won’t really get far in learning programming.

They will have fun though, and with the scoring system, will be exploring and experimenting with each puzzle keenly, with the aim of solving them without any mistakes.

An engaged kid will get through the game rather quickly. Be prepared, for your child might ask for more Lego kits. This may be a paid app, but we think it’s worth every cent. It works only on iOS, which is a pity, because we also think that it would be super popular if it was available on Android.

This app is designed to teach basic programming, and though it is designed for children aged eight and up, kids as young as five will find this fun and engaging too.

Well, we adults found it fun to learn programming with it, so why not preschoolers?

The goal of the game, as suggested by the name, is to move a turtle around the screen by programming its movements. Like an adventure, the turtle has to go through three chapters, with each chapter consisting of nine levels and several tasks which get harder and harder.

Each level also attempts to teach a new command, such as make a sound, draw a line and so on.

There’s even a free coding ‘Compose’ mode that allows users to move the turtle wherever they want.

With a reward system of stars, diamonds and trophies, this app is so fun, it will keep the kids going and going. Younger kids may need adults to help them along.

8 free apps that parents can rely on

Are today’s youth Digital Da Vincis of the future?

Google’s Made with Code hits Malaysia via iTrain Kids 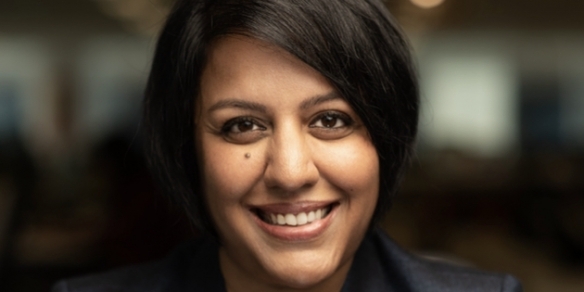