WHILE the current buzz with the tech media globally is on the Internet of Things or Industry 4.0, we would like to lay out the perils of an industrial revolution that will favour some countries but disadvantage most.

The first Industrial Revolution started in 1712 with the development of the piston steam engine. The engines were expensive, but reliable, and made economic sense because coal was so cheap.

That perhaps set the paradigm for the Industrial Age – installing expensive machinery is cost-effective as long as its reliable, the raw material is cheap, and demand is exploding.

The impact of the Industrial Revolution on Britain was significant. There was a huge move away from an agrarian society to an industrial one, spurred by Richard Arkwright’s development of the modern factory around 1770.

The cost effective output of garments from the factories spurred demand but led to the decimation of the hand-spinning industry carried out by women working from homes.

Fortuitously, the population of England exploded around this time doubling from 5.1 million in 1700 to 10.4 million in 1821 and then 30 million by 1901, providing both labour for the factories and markets for the textiles they produced.

For the first time in the 19th century, that is 1851, more people lived in the city than the country.

Britain leveraged on the first Industrial Revolution to be the dominant economic power until the early 20th century.

By 1930, Britain had lost its global position to Germany and the United States. Total exports from Britain and Germany 1930 were almost the same, about US$2.8 billion, whilst US exports were at US$3.825 billion. 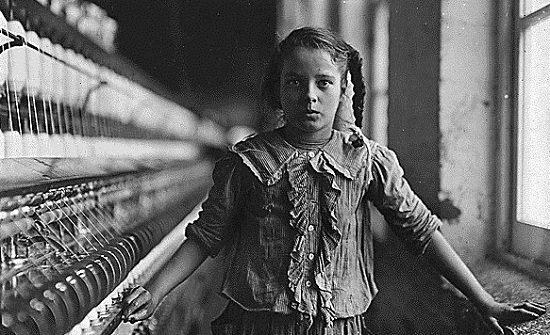 Scholars have speculated on various reasons, but it is clear that the captains of industry at the time had become complacent. There was no urgency to advance their technology as perhaps competition was weak.

Technical education, particularly in chemistry, was important in Germany, and the United States promoted education in a variety of fields.

Of the universities that continue in operation, we have Oxford which was founded in 1167, followed Cambridge (1209) – it was not until 1826 and 1829 that University College London and Kings College started.

In the United States, by contrast, at the time of independence there were 18 universities which included the first, Harvard, formed in 1636, as well as, Yale, Dartmouth, Princeton, Pennsylvania, Brown, Columbia, etc.

In 1776, the population of Britain was 56 million, while the United States had 218 million people.

It was not just about the numbers – the English education system was simply poorly suited to the changing needs of the time.

In 1859, Edwin Drake – working for prospector James Townsend – developed a shaft drilling technique that kept water from flooding the well, and discovered oil in a small town (Titusville, Pennsylvania) that sparked an oil rush in the United States.

This sparked off a huge number of innovations, from Henry Ford’s car to naval ships, trucks, tanks and so much of the military apparatus of World War I.

New uses for oil continued to be developed in the United States – nylon in 1935 by Du Pont (originally a manufacturer of gunpowder and explosives), and plastics in 1951 by Phillips Petroleum, were hugely significant discoveries that built completely new industries and great wealth for the founding companies.

The blunting of the Asian ‘edge’ In contrast to the technological advances of the West, what did the developing world have to offer?

This strategy brought investment dollars and created lots of jobs, which resulted in rising wages and improved standards of living.

It seemed like a great ride for all, through the 1970s and 1980s when products were more mechanical in nature and labour content was high.

So the developing countries naturally fell over each other to attract Western (as well as Japanese, Korean and Taiwanese) manufacturers of apparel, household goods, and later semiconductor manufacturing/ packaging.

Multinational companies (MNCs) responded by moving production to countries that offered the best incentives and allowed for the lowest ‘total cost of production.’

That was a strategy that worked for a while and spurred a building boom, in factories, roads and houses.

The party is now over. We have far too much installed manufacturing capacity for the type of goods being produced in Asia.

And we are now entering the robotics era, where labour costs are no longer significant and certainly not as important as having trained engineers who can manage the robots – at least, until they are managed by other robots. That, however, is a story for another day!

The perils of globalisation

The impact of globalisation has been that country borders become porous, allowing for goods and services to flow freely, as does production capacity.

It also means that products are now ‘globally priced’ so they sell at the roughly the same price all around the world.

This is a departure from the McDonalds pricing model, which is generally used for locally sourced and sold products, and for a long time was a proxy for purchasing power.

Today, almost all household goods, electronic products and so on, are sold at the same price around the world.

Take the iPhone for example. At US$549 for the iPhone 6 (16GB), the device is affordable for a Californian, where the minimum wage is US$9/hr, or a British worker earning £6.70/ hr, but hardly fair to the Malaysian worker, where the phone costs RM2,400 and the hourly wage is RM4.50 – not a pleasant consequence of a global world!

The other consequence of globalisation is the economic imbalance of labour output.

A day’s labour of a software engineer in the United States is exponentially higher than a farmer in the developing world, who grows fruit or grain to be consumed locally.

The economics supporting this is simple but brutal – the engineer’s efforts go into a larger, more valuable product or service that can be offered to multiple people over a long period of time. In contrast, the farmer produces a banana or a pineapple, which can only be consumed by a few for little economic value. We are now entering the next Industrial Revolution, which has been referred to as the Internet of Things (IoT).

What exactly is the IoT, or as it is sometimes termed, Industry 4.0 or the fourth industrial revolution?

In simple terms, the IoT is a fusion of robotics, processes, devices and technology systems, with sufficient intelligence to be a self-managing system.

To quote from Wikipedia, “The IoT is the network of physical objects or ‘things’ embedded with electronics, software, sensors, and network connectivity, which enables these objects to collect and exchange data. The Internet of Things allows objects to be sensed and controlled remotely across existing network infrastructure.”

READ ALSO: Billions and billions of IoT connections by 2016: Gartner

Whilst experts are uncertain if driverless cars will lead to an increase in car population, what is clear is that all new car technologies, including power trains, is coming from the developed world.

With increased robotics, there will be significantly less requirement for labour. The countries that are dependent on traditional manufacturing as a driver of the economy are going to be hurt badly.

In practice this means countries like Malaysia, regardless of the label – developing, newly developed, etc. – that do not have a large enough services sector, which in today’s terms means +70%, are going to see a hollowing out of the manufacturing sector.

Based on recent World Bank data, the contribution of the services sector for Malaysia is 50%, whilst for the United Kingdom, the United States and Germany, it is 80%, 78% and 69% respectively.

So again, the developing countries are at a disadvantage and perhaps might be sitting on the same side of the fence as the British!

Britain lost its industrial revolution lead to the Germans and the Americans. The Americans rode the oil technology curve, the computer chip wave, and are now seeking to ride the IoT wave.

The United States is also aggressively pursuing trade agreements to make it a ‘flatter world,’ to use Thomas Friedman’s term.

The world may be flat, although many will dispute this, but what we do know is that the world is not fair.

Trade agreements that ‘allow’ Asian countries access to Western markets are in fact a double-edged sword.

For the developing world, this could be equated to an invitation to send athletes to the Olympics for the 100m, 200m and 400m events, without having to be subject to the qualification requirements.

Perhaps this is cause for celebration – after all, attendance is something to be heralded – but we know who will walk away with the medals!

Power and wealth will continue to gravitate to the rich people and the rich countries, leaving few options for the rest.

Chrystia Freeland, in a 2013 address on The rise of the new global super-rich, said; “In the 1970s, the One Percent accounted for about 10% of the national income in the United States. Today, their share has more than doubled to above 20%.”

Technology, globalisation and the huge financial services sector have been significant contributors to wealth creation.

The path for developing countries will be tough and there are no easy solutions, but we do need to get better at everything we do.

There are many things that we cannot improve on today like our universities, the size of our market, the quality of our R&D facilities, or the level of product innovation. Too much capital and a lot of time is required to reap the benefits of any investment.

We need to learn from the experience of Wikipedia, and look for opportunities to free up creative and entrepreneurial thinking in our companies.

Perhaps new thinking will collectively find a solution for us to get out of the middle income trap … before we get seriously hurt.

Embedding some of what we call the nine ‘entrepreneurisms’ – Self-Efficacy, Risk-Taking, Passion, Learning, Realism, Persuasiveness, Opportunism, Innovation and Energy-Action Bias – is what we are calling for.

Market demand will shape the factory of the future