MOBILE marketplace startup Carousell will go into at least two new South-East Asian markets by the end of the year, according to its newly-appointed international vice president Chai Jia Jih (pic above).

“We started off in Singapore and we’re pretty established in Malaysia now, although there is still work to be done,” he says in a recent conversation with Digital News Asia (DNA) in Kuala Lumpur.

He would not specify which countries the company is looking to expand into, saying, “I’m still trying to understand where we are right now in all the countries that Carousell is present in, and if there is a new market expansion, it will be in this part of the world.”

Chai argues that Carousell is helping solve a pain point of individuals trying to monetise their extra items, a problem that exists in many countries.

“The interesting thing I see with Carousell is that it is relatively easy for us to gain traction whenever we go into a new market – which means people are having problems selling off the extra items that they don’t need anymore,” he says.

He says the startup is not looking to raise funds as it has enough in its coffers to expand into new markets.

When asked about Carousell’s team size, Chai declines to be specific, only saying it is “fewer than 100 people across the region, with most of them based in Singapore.”

Carousell launched in Malaysia in 2014, and has been registering higher than 200% annual growth in terms of users and listings, according to Chai.

“The total number of active listings in Malaysia is three million. This is quite an achievement given the amount of time that we’ve been in the market.

“I think that going by listings, we are the largest marketplace now in Malaysia,” he declares.

The company also launched a web platform last December, and this has been recording “healthy growth,” he claims, while remaining coy about the figures here.

“We’re still very much a mobile-first platform – the web platform is another layer for us to acquire users via SEO (search engine optimisation) traffic,” he adds, while declining to reveal the number of mobile app downloads Carousell has recorded.

One such player is Shopee, also headquartered in Singapore, which many would consider a direct competitor to Carousell.

Chai doesn’t think so. “Shopee plays a lot more in the e-commerce space where it is trying to sell you more things that you may or may not need.

“But Carousell is here to help people reuse and upcycle the things they have. It’s like Airbnb – how do you make use of extra space in your home?

“It’s a First World problem, really. We all have stuff that we don’t really need, and we’re helping people to sell these extra things off,” he says.

The e-commerce boom also means more competition. In February, Japanese giant Rakuten announced it was exiting the South-East Asian e-commerce space and would refocus on the mobile C2C space.

That might mean that Rakuten, which is an investor in Carousell through its South-East Asian venture arm, might actually end up competing against its portfolio company.

“We’ve learned a lot in this space in the past three to four years, so we feel we have an edge in the markets where there’s such competition,” he declares. 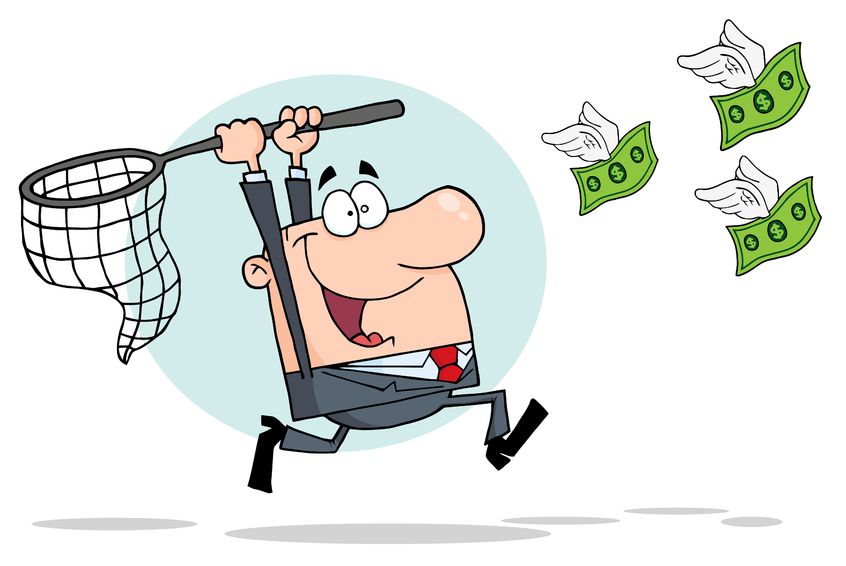 Meanwhile, Chai says that Carousell is still in its ‘pre-revenue’ stage and currently focused on growing its user base.

“We’re not monetising yet, so there’s no revenue at this point of time.

“But down the road, when we are ready to generate revenue, it may be in the form of advertising – or we might charge listing fees for certain categories.

“We have 18 categories right now on Carousell, and we could look into monetising the categories that are more popular,” he says, adding that gadgets and fashion are currently the most popular.

Chai also says that Carousell will most probably not look into using gross merchandise volume (GMV) to recognise revenue. GMV is the total dollar value of merchandise sold on an online platform.

“It’s very hard to understand GMV when people are trading goods through our platform, unless we’re part of the transaction like the e-commerce players, which use GMV a lot.

“I think for Carousell, it could be a more straightforward model – like how much people are willing to spend to advertise their items on our platform,” he adds.

Chai’s comparison of Carousell with Airbnb is no coincidence – before his current role, he had served as Airbnb’s South-East Asia managing director and head of its Asia Pacific host operations.

He believes his Airbnb experience would stand him in good stead in helping Carousell expand into new markets in South-East Asia.

“There are a bunch of things that are similar between Airbnb and Carousell, and of course there are differences as well,” he says.

“When I was with Airbnb, I helped it expand into South-East Asian markets, as well as co-led the Asian expansion into South Korea,” he adds.

When asked why he chose to take the leap to Carousell, Chai says he felt he could add more value to the Singapore startup.

“I helped build Airbnb over the past few years and it is now at a point where it will continue to grow, and success is going to be there.

“Whereas for Carousell, I feel that I can help it grow even more by avoiding the common mistakes made by startups,” he says, adding that he had been working informally with the Carousell founders over the past two years as mentor and advisor.

Chai says he feels passionate about growing an Asian startup, but is also cognisant of the challenges Carousell faces.

One challenge would be in trying to raise awareness on what Carousell is all about.

“Right now we have the advantage of members of our community sharing Carousell with their friends and family,” he says.

“But there is still room for us to grow that awareness. Finding what’s efficient and really good to get to your target market is something we have to constantly figure out,” he adds.