INFRASTRUCTURE players tend to be the last holdouts when it comes to technology shifts, squeezing every last cent out of their existing investments – which is why AT&T’s December 2014 announcement that it was moving towards software-defined networking (SDN) was a bit of an outlier.

But the US telco giant had some pedigree there, having already successfully experimented with virtualised data centres.

According to Tom Siracusa, AT&T’s executive director of VPN Strategy, Data and IP Service Development, its journey started when it had 3,000 to 4,000 applications it wanted to migrate to the cloud.

“We began to see that network functions were similar,” he says, in a recent conversation with Digital News Asia (DNA) in Singapore.

Thus began its Domain 2.0 project. “We didn’t want to buy proprietary hardware with one specific function, we wanted to buy software modules that we could deploy on a common hardware infrastructure,” Siracusa recalls.

The aim was to build infrastructure that could support IT and network workloads.

“We didn’t start with services that we could go advertise as SDN services – it was more whether we could make our services more agile by leveraging virtualisation,” he adds.

“Right now we are rolling out fibre throughout the United States, and I should be able to install an Ethernet circuit in minutes – it shouldn’t take weeks or months to get that service,” says Siracusa.

In the old days, adding a firewall to the network meant having to schedule a technician to go onsite with cabling, contacting local IT support to ensure the technician had access to the site, and so on. But if that firewall is a software element, it can be pushed into a virtual machine, he argues.

Beyond just facilitating service installations, SDN has allowed AT&T customers to manage their services on their own, according to Siracusa.

“A year ago, we introduced a web portal for customers to manage their VLANs (virtual local area networks) – it was really SDN enabling an existing hardware-based environment, but it really showed how software, and data models that drive software, can be effective,” he says.

AT&T hasn’t stopped there: Even its routing functions have been virtualised. 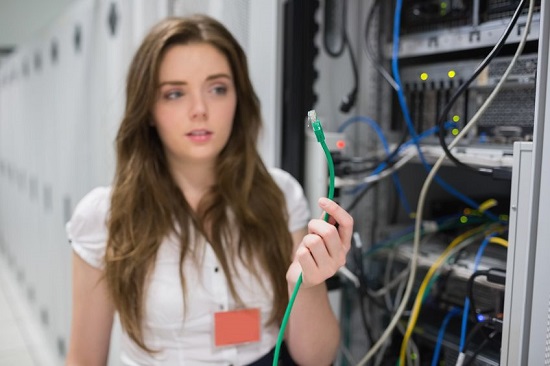 The above were not the only limitations that hardware-centric platforms have: There was the matter of scaling up or down across the globe – important for a multinational telco like AT&T.

Dealing with different boxes all over the world was proving to be inefficient.

However, SDN allows AT&T to have a “cloud-like architecture across thousands of sites,” according to Siracusa.

“If I want to run up a PE router, it is not harder to do that in Singapore than it is in New York or Rome, because scaling up the service is not about buying a bigger box, but having more servers provide that function,” says Siracusa.

“If you are able to do that across all the functions you want to deploy across the common hardware platform, you really separate the scale out of your hardware like a data centre, and have all these functions deployed via software,” he adds.

A PE or Provider Edge router sits between one network or Internet service provider's area, and those covered by other providers.

This shift allowed AT&T to move away from “warehouses with lots of equipment to a software catalogue,” according to Siracusa.

Next Page: Open source moves, and the importance of APIs