DESPITE the global economic slowdown, Swedish telco giant Ericsson is confident that ICT (information and communications technology) development will continue to grow in every part of the world in this digital era.

That is because ICT – especially mobility, cloud and broadband – plays a crucial role in connecting the world, according to Ericsson senior vice president and group chief technology officer Ulf Ewaldsson.

“I see ICT as a transformer, so I think the best opportunity in making sure that you still have good economic growth and make life better for citizens is very much based on policies and strategies for ICT.

“When the economy around the world is slowing down, we also see a big focus on ICT as one of the transformers that’s going to keep the economy going,” he told Digital News Asia (DNA) in conjunction with the Asean leg of the World Economic Forum in Kuala Lumpur on June 1. But there are speedbumps on this road. Arguing that mobility is the key to ICT development and what Ericsson describes as a ‘Networked Society,’ Ewaldsson (pic) said that there was a need for spectrum harmonisation, especially between countries planning early 5G (Fifth Generation) deployment.

Spectrum harmonisation is essentially the uniform allocation of radio frequency bands across a region.

“Many regulators are auctioning spectrum for a lot of money, seeing it as getting revenue from telco operators,” said Ewaldsson.

“But that is now changing, because spectrum will be the oil of the future – so there’s a lot of thought being put into this, and a lot of regulators are discussing how they should create a system where they can benefit from the development of the ICT industry,” he added.

Ewaldsson said that bodies such as the Radiocommunication Sector of the International Telecommunication Union (ITU-R) and the 3rd Generation Partnership Project (3GPP) are working to finalise 5G standards.

“Every nation wants to position itself as a 5G nation,” said Ewaldsson. “They want to make sure the technology they have in this area is developing as quickly as possible.

“That means you have to have a lot of spectrum for 4G LTE (Fourth Generation/ Long-Term Evolution), as it is going to evolve into 5G while 3G will not.

“The only way to evolve is to end 3G,” he declared. 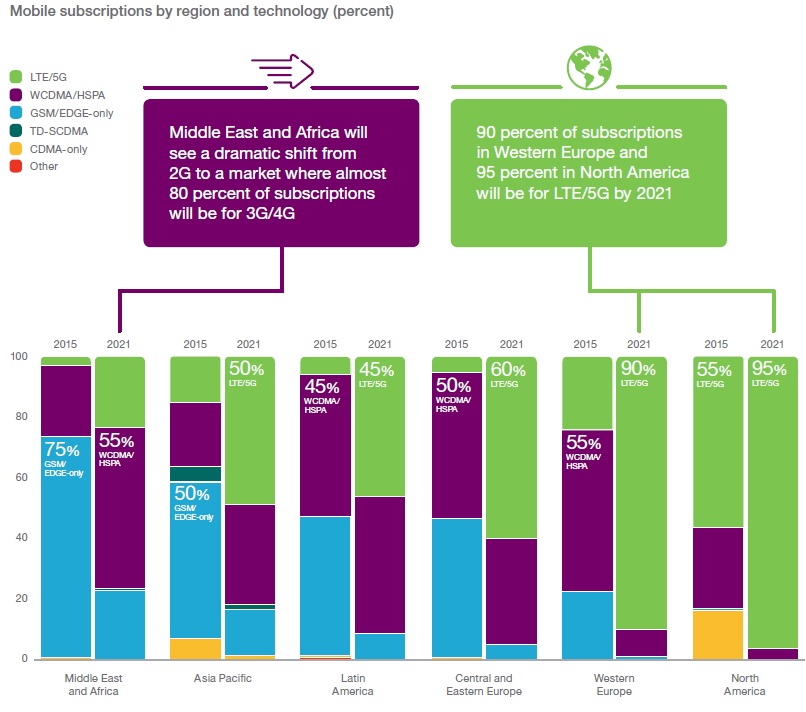 So when will the funeral bells be sounded for 3G? According to Ewaldsson, the end “isn’t very far away.”

“It depends on the LTE takeup and in this region [Asia Pacific], I think it’s going to happen very soon.

“And by 2021, there will be less than 10% of the [Asia Pacific] population that will be on GSM (Global System for Mobile communications).

“Hence it’s important to start thinking about ‘sunsetting’ GSM and looking at how fast 5G will come,” he added.

The adoption rate of 4G has been much quicker than with 3G, mainly because of shifting consumer demand.

“It’s all about speed and penetration with the current generation of consumers,” said Ewaldsson.

He added that Malaysia is already moving fast in terms of 4G adoption, although “more can still be done.”

Meanwhile, Ericsson Malaysia and Sri Lanka president Todd Ashton said that the rollout of LTE in Asia Pacific is going at an “amazing pace.”

“I think it’s the fastest adoption of technology by mankind – not just in Japan or China, but in South-East Asia as well,” he said.

According to the recently-released South-East Asia and Oceania Ericsson Mobility Report, LTE subscription in this region is expected to increase to more than 40% of mobile subscriptions by 2021.

In 2016, LTE subscription in the region – Ericsson’s South-East Asia and Oceania market – will reach 100 million.

“Australia, Indonesia, Malaysia, the Philippines, Singapore, and Thailand are among the countries in the region that are rolling out LTE and continuing to improve coverage,” according to the report.

“Over the next five years, mobile service providers will continue to transition customers to LTE, as well as deliver new services like Voice over LTE (VoLTE) and enabling LTE Advanced features,” it added.

Smartphone subscriptions are anticipated to increase at a compound annual growth rate (CAGR) of 15%, up until 2021.

Mobile broadband services are expected to account for more than 90% of total mobile subscriptions in the region by the end of 2021, according to the Ericsson report – in fact, Australia, Malaysia, Thailand and Vietnam will pass the 100% mark by then. Meanwhile, Ashton (pic above) said mobile broadband provides an opportunity for operators to address the needs of SMEs (small and medium enterprises), besides connecting various industries with each other.

“In most parts of this region, fixed broadband household and SME penetration is still low,” he said.

“By contrast, mobile broadband will still be the main form of broadband access for the majority of people in the emerging markets of South-East Asia and Oceania.

“This creates an opportunity for operators to fulfill the need for home broadband and SME solutions through alternative access technologies, such as LTE,” he added.

Based on Ericsson’s regional report, fixed broadband is forecast to grow at a CAGR of 8%, with close to 20% household subscription penetration by the end of 2021.