TRADITIONAL fixed-line operators must learn to co-exist peacefully with their over-the-top (OTT) counterparts, especially in an increasing data-centric world, according to an industry analyst.

Julie Kunstler, principal analyst with Ovum, said there are no simple answers to this complex challenge but “they'll need to find a way to live together.”

"In some cases, it's a challenge, but they will need to find a way because OTT players aren't going to go away [anytime soon]," she told Digital News Asia in an interview on the sidelines of the Broadband & IPTV Asia Conference on May 16.

Examples of these players are Google, which provides anything from e-mail services to productivity suites like Google Docs and Google maps; and Skype, which provides Internet telephony riding over traditional fiber or wireless broadband pipes. Other high profile OTT players are Facebook, Twitter, Amazon, eBay and YouTube.

OTT players have been in contention with traditional operators for many years now as the former "eat into" the bandwidth provided by the latter; and at their expense too.

This situation has been made worse in the last three years as consumers and enterprises use devices such as smartphones and tablets to consume data, often on an unlimited all-you-can-eat basis.

Such moves affect the revenue of traditional operators, who argue that it’s not fair for OTT players to use their networks without having to pay premium for “over-the-top” data usage, hence the name OTT operators.

But despite this trend, Kunstler said there are ways traditional operators could make their foothold stronger within their respective markets, noting that the key for “traditional players is to find ways to differentiate themselves from the OTT players."

"For example, if you have a traditional player offering music or video download services, it would need to offer a service so superior to that of OTT players in order to differentiate itself from the competition.

"Similarly, there has been some traditional operators offering remote home security services – either by themselves or by partnering specialists providers – to customers, and proving that they could be better than OTT players," she said, adding that this was one way to achieve differentiation.

Kunstler noted that such personalized services as home security would be difficult for OTT players to replicate "as they don't have the presence in the living room, which traditional players have."

"The relationship OTT players have with customers is via the PC in the home," she explained. "Customers want a service provider they can trust where security is concerned. The traditional operator already has the upper hand in that it already enjoys an ongoing relationship with their customers through their billing and customer care systems."

Roll-out challenges still exist
On the issue of fiber-to-the-x (FTTx, where x stands for a notation of the generic configuration of fiber deployment, including home, premise, curb, node) deployment, Kunstler noted that much of the fiber deployments taking place around the world are concentrated in Asia, many of which are in one of three phases of deployment.

Advanced countries such as South Korea, she said, have the highest household penetration for FTTx at 60%, followed by Japan at 50%. Other fairly advanced Asian countries include Singapore, Hong Kong and Taiwan.

Malaysia's FTTx deployment is largely led by incumbent Telekom Malaysia, which began rolling out its FTTx dubbed High-speed Broadband (HSBB) in March 2010. The country also has other secondary FTTx players such as Time dotCom and Jalenas, both of which have made more inroads into enterprises rather than homes.

Kunstler (pic) said there are still three major challenges facing service providers in their roll-out of FTTx services. The first is the high optical infrastructure costs related to the distribution of the fiber network; the second, the relatively high cost of the customer premise equipment; and lastly, convincing potential subscribers to upgrade and part with their money.

She added that FTTx providers must offer more than just data and voice if they were to make their value proposition strong enough to sign up new subscribers.

"For many FTTx providers around Asia, this is a new business and they really have to learn about the content game, what subscribers want, formulating correct partnerships, and developing the right pricing models with the right content," she said, adding that this was quite a steep learning curve.

Asked how providers such as TM was doing, Kunstler said Malaysian FTTx providers were also still learning and getting the necessary feedback through surveys to find out what their subscribers want and how much they would be willing to pay.

"One area that FTTx providers can definitely work on is to provide wireless players the backhaul to support the burgeoning mobile data through their networks," she said. 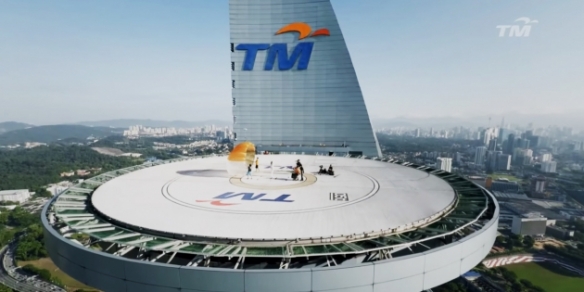