INFORMA Telecoms & Media, producer of the LTE World Series, has announced the TD-LTE Summit, which it describes as the first independent global TD-LTE focused event.

TD-LTE Summit 2013 on April 23-24 comes to Singapore at a critical time as some of the world’s leading operators such as China Mobile, Airtel and Clearwire push the development of TD-LTE networks, Informa said in a statement.

The TD-LTE Summit 2013 is the first of three launch events this year for the well-established LTE World Series, reflecting the huge growth the LTE industry has seen over the past 12 months, it added.

The event brings together over 150 industry leaders to discuss how TD-LTE (Time-Division Long-Term Evolution) can be used to create much-needed extra capacity for mobile networks and to help further push the TD-LTE ecosystem into realization.

Hosted in the Asia Pacific market, the main growth engine for TD, the event will attract both domestic and international audiences as the technology gains wider acceptance across the globe, Informa said.

With the GSA recently reporting that 13 operators have launched commercial services using TD-LTE plus a further 23 TD network deployments are in progress or planned, the event falls at a prime time for the community to converge to exchange opinions about managing and optimizing this growth, to ensure best practices are shared.

John Saw (pic), Clearwire chief technology officer and a speaker at TD-LTE Summit 2013, said that “TD-LTE presents a critically important means by which a global LTE ecosystem can be achieved and close cooperation between all parts of the industry will greatly accelerate the realization of this vision.”

The exhibition and conference will provide unique opportunities for networking through a range of sessions including evening refreshment roundtables, an ecosystem-wide convergence debate, panel discussions and case studies from the first movers.

In addition, the exhibition floor will bring together some of the leading supporters of TD-LTE showcasing products on the market and facilitating invaluable networking to secure future business.

The event has received strong support from the industry with sponsorship from Samsung and ZTE. Digital News Asia is amongst the official media.

The agenda centers on the most pivotal issues facing the industry including the opportunities that TD-LTE enables, creating sustainable business models, strategies for overcoming the barriers inhibiting TD-LTE growth, how to monetize TD-LTE deployments and positioning TD’s convergence with the FD standard.

These themes will be addressed by over 40 influential speakers in the sphere, featuring C-level operator speakers from across the globe including Bharti Airtel, Clearwire, Packet One Networks, UK Broadband, Sprint, Indosat, Mobinnet and YTL Communications.

The speaker line-up also includes two members of the GTI Steering Committee, the most influential industry body promoting TD-LTE development and its convergence with FD-LTE.

“With a lot of interest in the TD-LTE tracks at LTE World Summit and LTE Asia in 2012, we noticed a demand for a deeper learning experience and networking opportunity,” said Sam Oakley, events manager of the LTE World Series.

“By expanding the LTE World Series to include a TD-LTE technology-specific event, we can provide the industry with a more focused forum and a unique annual platform, bringing together the operator, vendor, device manufacturer and regulator community under one roof to encourage debate and analysis around this emerging standard.”

The TD-LTE Summit will take place at the Fairmont Singapore. To plan your visit, to view the full event program or to register for the event, go to http://td-lte.lteconference.com/ or call +44 (0) 20 7017 5506. Registration is free for operators. 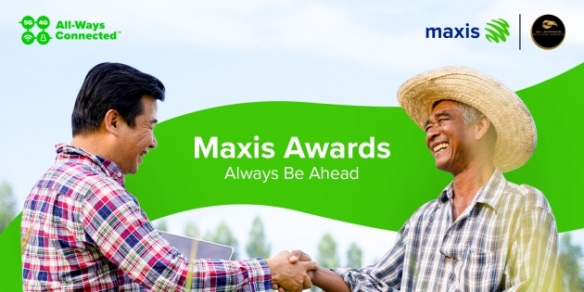