OVER 100 locally developed apps are expected be available via BlackBerry World for the BlackBerry Z10 when it officially lands in Malaysia.

The first model in the BlackBerry 10 (BB10) range, the Z10 at a recommended retail price of RM2188, will be available exclusively via Maxis from March 9 onward, with other telco giants Celcom and DiGi offering the smartphone from April 8 onwards.

“Malaysia is one of the largest smartphone markets in South-East Asia and you have my commitment that BlackBerry will continue to focus on and invest in the country,” he said.

The substantial number of locally made apps at launch was the largest number for a market the company has come across since the doors were opened for developers to submit applications. The global total of apps stands at approximately 70,000.

“As early as September of last year we had very low numbers in terms of app submissions. After we cranked things up by working closely with MDeC, the amount of support received for BB10 was refreshingly shocking,” he said.

BlackBerry will also be focusing on awareness and education about the financial opportunities for developers who choose to work on the platform. In addition, Muthu added the company is committed to incubating the app ecosystem in Malaysia.

“In Malaysia, apps are going to be key for us. For a long time we’ve taken flak due to the population of apps in BlackBerry World, but the game has changed,” he added. Also present at the launch event was Ng Wan Peng (pic), MDeC chief operating officer, who added that the strategic partnership with BlackBerry formed part of the agency’s overall efforts to further develop the local ecosystem.

“We’re very happy to count BlackBerry as a partner. When we first started the ICON program there were a limited number of platform choices and we see this partnership as an opportunity to further expand opportunities for local developers,” she said.

Ng shared that MDeC was currently in discussions with BlackBerry on getting developers under their program access to BB10 hardware in addition to technical support and training.

When asked if there were any particular trends in the types of apps being submitted by Malaysian developers, Ng said that it was an even distribution across categories.

“I thought the people would be more focused on a particular category but it has been quite balanced -- perhaps after launch, we might see more enterprise-centric apps being submitted,” she said.

In line with the commitment made by both parties to help develop the developer ecosystem, a trainer program on the BB10 platform is slated to begin next month.

“We’re also discussing the setting up of an incubator to accelerate the development of apps, with a focus on education in market knowledge, demands and requirements” she added.

Muthu said that from a market perspective, it’s not about how many apps are created but rather the opportunity for developers to make money from their creations on the BB10 platform. “We’re committed to helping developers be profitable. On average a BlackBerry developer makes more money courtesy of a platform with a captive audience and with a lower chance of being drowned out by malware or fake apps,” he claimed, however declining to share further details on the different revenue model options BlackBerry offers.

Muthu also said that only 40% of the apps submitted were ported from other platforms, which he pointed to as proof of the platform’s scalability and the competitive advantage of developing native BB10 apps.

According to him, on average it takes about two to three weeks for an app to be approved for BlackBerry World; contentious apps with rights or content issues taking longer.

BlackBerry's Malaysia aspirations include eventually claiming the number two position in the market, building upon its “substantial and loyal” user base in the country.

As part of its launch strategy, BlackBerry partners BrightPoint, Brightstar and Sunstrike will be running a trade-up program for existing users. For more information, click here.

Muthu also shared that a strategic alliance with Maxis is already in the works, targeted at enterprise-class clients, which involves the creation and delivery of solutions for specific industry verticals.

For more information about the BlackBerry Z10, click here. 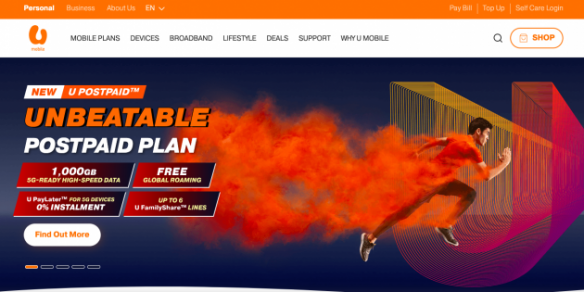