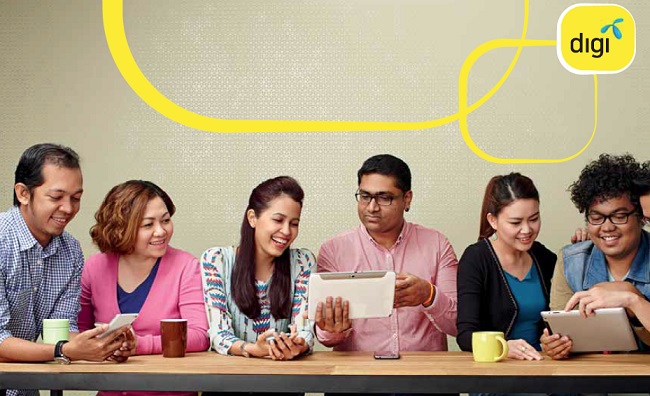 During the quarter, it recorded a higher depreciation charge at RM176 million, against RM156 million same quarter last year. This is inline with the company's plan to invest on network and IT.

While higher depreciation impacted the company's bottomline, Digi also suffered a hit on its prepaid business.

Prepaid revenue also took a hit, as its prepaid business recorded RM952 million service revenue during the quarter. In contrast, it recorded RM1.04 billion and RM1.09 billion in Q4 2016 and Q1 2016, respectively.

"Our decision to focus on stronger Internet proposition and sustainable revenue in 2016 improved prepaid profitability and margins into 2017.

"However, with competition remained intense amid increasing headwinds for migrant segment, contribution from price sensitive segments contracted faster into 2017," said Digi in its presentation slides yesterday.

Despite the lower revenue and earnings, the company remained positive on several key financial/ performance metrics.

"This was a busy quarter for us as we focused on maintaining our margins, amid challenging market conditions. We are responding to these persistent market conditions with a long-term strategy anchored by our continued focus on postpaid, profitability and our digital transformation.

"We have made strategic decisions with our core business today to secure future growth and profitability... Our performance and improved profitability in the quarter is a result of our overall digitisation efforts, focus on resilience and securing our financial strength," said Digi chief executive officer Albern Murty in a statement.

During the quarter, the company recorded a 2.5% growth in its gross profit and a 1% growth in its earnings before interest, tax, depreciation and amortisation (Ebitda).

During the quarter, the company also pumped in capital expenditure of RM197 million -- which is 15% higher than the RM171 million it spent same period a year ago.

The bulk of the capex is spent on improving its network and its IT system. As at first quarter, the company's 4G LTE network is at 85% population coverage, while its LTE Advanced network covers 42% of population. It also has 7,700km of fibre network.