GUANGZHOU, China-founded mobile advertising and games publisher Mobvista seeks to ride South-East Asia’s mobility wave and has been exploring the market since 2014.

Just three years old, the company listed on China’s over-the-counter bourse, National Equities Exchange and Quotations (NEEQ), last November. Founded in March 2013, it raised Series A funding of US$12 million in October 2014, and Series B funding of US$32 million in July 2015.

It already has about 50 customers in South-East Asia, according to its business development vice president Charles Xi.

“The group’s revenue in the region accounts for about 10% of our total revenue,” Xi told Digital News Asia (DNA) in Singapore recently, without disclosing actual revenue.

“Singapore, Indonesia, Thailand and Vietnam are the main countries we are in, and our customers are well known – Zalora, Lazada, Tokopedia and Garena,” he added.

The company also has offices in Beijing, Hong Kong, New Delhi and San Francisco, with the Singapore office set up last July. According to Xi, it is planning to open an office in Indonesia by the middle of this year.

The Indonesian focus stems from the republic’s large population and high smartphone penetration rate, he added.

South-East Asia is pretty representative of emerging markets, which is why Mobvista is putting quite a bit of focus on the region.

“The increasing smartphone penetration and improving infrastructure, as well as a large user base, are major drivers of South-East Asia’s ‘App Economy’,” said Xi.

“In the past two years, South-East Asia has risen to one of the regions which download the most apps,” he said, adding that two countries from the region – Indonesia and Thailand – are in the top 10 countries with the most apps downloaded according to App Annie. All this does not mean Mobvista will not be facing challenges in the region. For one, having just entered South-East Asia, few have heard of the company.

“In South-East Asia, we don’t have the brand or reputation yet,” said Xi (pic above).

“It is hard to build that in the beginning, and that’s why we cooperate with well-known companies to build trust,” he added.

It was even harder before Mobvista opened its Singapore office – there was a lack of face-to-face time with customers in South-East Asia when it was still operating out of China.

“That’s why this year we hired a local team and set up an office here to get closer to customers and get feedback quickly from clients,” said Xi.

Mobvista is looking to expand its team and its customer base of advertisers and publishers in the region in the next six to 12 months.

“We currently have five people in Singapore and Indonesia each, and we will increase our headcount in both countries to around 20 each,” he added.

Mobvista is also on the lookout for potential acquisitions. “We are looking for companies whose business model lies in advertising that has synergy with our main business,” said Xi.

How to reduce fraud in programmatic advertising 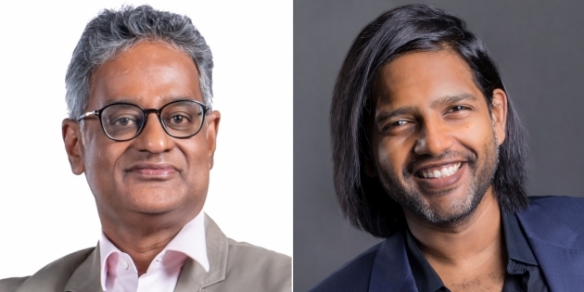