BlackBerry expects an AtHoc boost to its turnaround LOSS-making BlackBerry Ltd is expecting its recently-announced acquisition of crisis communications solution provider AtHoc Ltd to play a significant role in its return to profitability.

The acquisition, which is pending regulatory approval and expected to be completed in September, would allow BlackBerry to grow its software revenue by selling AtHoc solutions to existing customers.

The software business plays an important role for BlackBerry’s turnaround plan as it will help reduce its reliance on the handset business, which has been declining for years.

For the first quarter ended May 30, 2015, about 1.3 million BlackBerry smartphones were sold, versus 2.6 million sold in the same quarter a year earlier.

BlackBerry aims to hit US$500 million in software revenue for its 2016 financial year, more than double the US$234 million it posted in fiscal 2015. This excludes revenue from its BlackBerry Messaging (BBM) services such as BBM Protected and BBM Meetings.

Based on its first quarter results, it appears that the company’s software business is gaining momentum, posting US$137 million in revenue, which contributed to it registering a 3.3% growth in North American revenue. 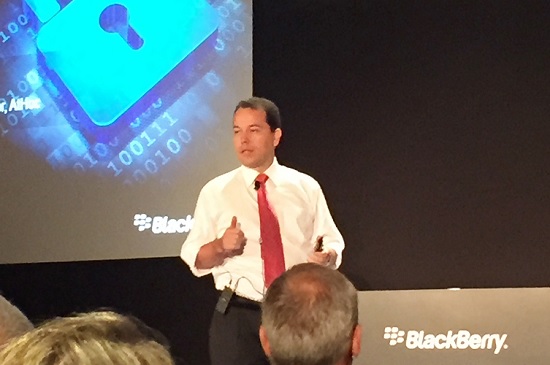 According to AtHoc cofounder Guy Miasnik (pic above), its solutions allows organisation to communicate with their people through numerous devices during a crisis, in a very secure, simple and efficient manner.

“When events happen, they do not happen in a siloed space,” he said.

Miasnik cited the example of AtHoc customer the Transportation Security Administration (TSA), an agency under the US Department of Homeland Security which oversees public travel security.

“Whether it is a suspicious person that comes in, or any threats that an TSA agent may have identified, information flows through the TSA network.

“Our solutions allow TSA to define the communications procedure for different types of events.

“So if it is a suspicious person in the airport, there is a button that someone can press, and it will activate a predefined communications procedure that says: ‘For this type of event, I need to inform the following people, send the following communication, using the following devices’,” said Miasnik.

AtHoc is a 10-year-old company which has been experiencing 40% compound annual growth over the past six years, according to Miasnik.

Its customers include the US Air Force, Army, Navy, Marines and Coast Guard, as well as the American Red Cross, Eastman Chemical Company, Port Freeport, Texas A&M University and Microsoft.

BlackBerry, with a presence in regions like Europe, Asia, Latin America and Africa, can help extend AtHoc’s reach outside the United States, while BlackBerry itself can make inroads into AtHoc’s existing customer base. Another benefit the AtHoc acquisition can bring is the potential for better monetisation of the BBM platform, an area BlackBerry seems to be still struggling to grow substantially.

“Our vision is to marry that with BBM – at least for a start,” BlackBerry chief executive officer John Chen (pic) said in his opening remarks at the BlackBerry Security Summit.

But to get an AtHoc boost to BBM revenue, it would first need to ensure smooth integration between the platforms.

“When I think about integration, I first think about how we tie products together so they can interoperate very well – and then start to do a deeper integration of products and solutions,” said Holleran.

“One of the first things we talked about is how to integrate BBM and other solutions so that BBM can become an end-point for messages that are delivered to and also responded from – [this way], in the case of an incident, BBM can automatically fire up messages to the right people, and maybe share video feeds across the organisation.

“We think that there is a lot of compelling things that we can do very quickly,” he added.

Although Holleran declined to give a timeframe as to when the BBM platform will be integrated with AtHoc’s solution, he hinted that this integration “can happen very quickly.”

“When we acquired WatchDox, integration happened very quickly – we did sales integration on Day 2. We are pretty quick about integrating teams,” he declared.

Goh Thean Eu reporting from the BlackBerry Security Summit in New York at the kind invitation of BlackBerry Ltd. All editorials are independent.

Previous Instalment: BlackBerry doubles down on security and privacy 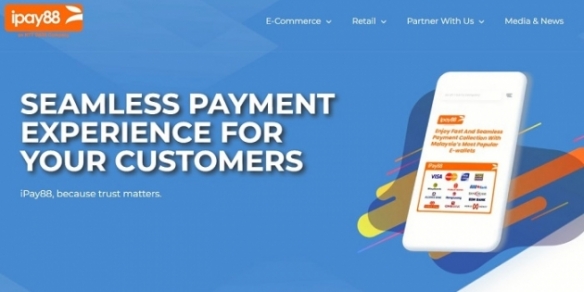