AXIATA Group Bhd, a regional telecommunications group, suffered a 70% decline in its third quarter net profit at RM256.56 million, partly due to the weakening ringgit and higher depreciation charges.

The group, which nine months net profit fell by 60% to RM813 million, was also affected by higher net finance costs, lower contribution from its associates, among others.

Nevertheless, the group managed to grow its nine-months revenue by 8% at RM15.78 billion (versus RM14.52 billion a year ago). It also posted its best-ever quarterly revenue at RM5.46 billion.

"Our quarter-on-quarter topline inidicators improved due to Ncell's first full quarter contribution as well as improvements in service revenue across all markets, including Malaysia and Indonesia," said Axiata president and group chief executive officer Jamaludin Ibrahim in a statement.

"However, 2016 remains challenging for the group across most of our markets particularly in Malaysia, Indonesia, Singapore ad India where fiercer competition and rising capital expenditure (capex) have weighed in on overall performance and profitability."

Celcom Axiata Bhd, the group's wholly-owned subsidiary, registered a revenue of RM1.63 billion for the third quarter lower than the RM1.68 billion posted in Q2 2016 and RM1.8 billion in Q3 2015. For the nine month period, its revenue fell by 10% at RM4.98 billion.

However, if were to look at the service revenue alone -- the company actually posted a quarter-on-quarter increase of 1.2% at RM1.5 billion.

"Year-to-date mobile data revenue grew by 8.3% fueled by 18.9% increase in mobile Internet revenue for the quarter," said Axiata in a statement.

Despite the group's improvement in postpaid revenue, its subscriber base continued to decline.

Its average revenue per user improved to RM41 in the third quarter (versus RM39 in Q2 2016) -- the first time this year it exceeded the RM40-level.

Nevertheless, Jalamudin remained optimistic that Celcom will regain its momentum.

"In the mid-term, we expect to regain our foothold in terms of stronger performance especially at Celcom as the refreshed management team executes on its turnaround plans and at XL with better implementation of its dual-brand strategies.

During the nine months period, XL Axiata managed to return to black at 160 billion rupiah, from net loss of 507 billion rupiah a year ago. This is mainly driven by the foreign gains as a result of refinancing XL's USD debt to rupiah.

Its subscriber base continue to be on the uptrend -- as it grow its base to over 44.97 million subscribers, of which 44.46 million are prepaid users.

Besides XL, other units that are registering an improvement in profit were Dialog, Smart and Ncell.

Robi, which registered RM134 million during the first nine months last year, managed to register a profit of RM22 million.

"In South Asia, barring regulatory changse, we expect our operating companies to continue its momentum of excellent performance. We also see our investments in the transition of Axiata into a digital company taking shape and beginning to bear results," said Jamaludin. 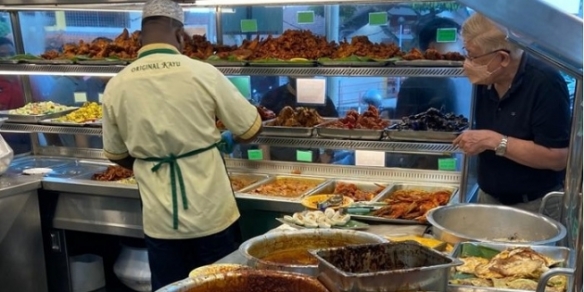