FASTER, a consortium of six international companies, and its supplier NEC Corp, has announced that construction and end-to-end testing of the new trans-Pacific submarine cable system has been successfully completed and will start service today (June 30).

Faster is the first trans-Pacific submarine cable system designed to deliver 60 terabits per second (Tbps) of bandwidth using a six-fibre pair cable, the consortium said in a statement.

“With a state-of-the-art design, the cable system provides continuous connectivity and sufficiently high capacity for cloud, video streaming, analytics and the Internet of Things, that will help spur innovation on both sides of the Pacific to stimulate the growth of the digital economy,” he added. The 9,000km Faster cable system lands in Oregon in the United States and two landing points in Japan, in the Chiba and Mie prefectures, and from there to other Asian locations.

The system has extended connections to major hubs on the US West Coast covering Los Angeles, the San Francisco Bay Area, Portland and Seattle.

“From the very beginning of the project, we repeatedly said to each other, ‘faster, Faster and FASTER’ – and at one point it became the project name and today it becomes a reality,” said Faster management committee chairman Hiromitsu Todokoro. 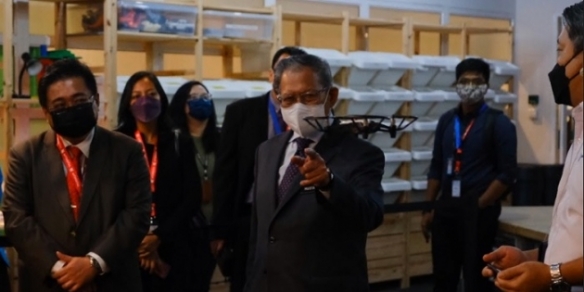