The worldwide interest of TD-LTE has indeed increased especially over the past year with a number of major operators having launched their networks. At the recently concluded TD-LTE Summit held in Singapore, industry players gathered to affirm that TD-LTE is not only here to stay but also thriving.

But while large TD-LTE operators such as Softbank, UK Broadband and Sprint (in the United States) may have been allocated specific TD-LTE spectrum, the technology in particular is of more importance to those who have invested in WiMax (Worldwide interoperability for microwave access) as it provides a natural migration path for this somewhat stalled technology.

Examples of some of these operators in the South-East Asian region that could leverage on this migration path are Globe Telecom and Smart Communications in the Philippines; Packet One Networks (P1) and YTL Communications (YTL Comms) in Malaysia; and First Media and Berca in Indonesia.

Although the standards for WiMax were developed a number of years ahead of LTE and quite a few commercial networks were launched between 2008 and 2012, WiMax developments have suffered due to a few key reasons.

These include the lack of clear future technology migration path; the lack of a vibrant device ecosystem to bring similar economies of scale that 3G brought to consumers; and the delay of mobile WiMax standards touted to support mobility, according to various industry insiders.

Such was the bleak future for WiMax that some operators completely shuttered their operations, while others such as UK Broadband felt that WiMax was doomed to fail and as a result, purposely waited for TD-LTE to mature before launching a commercial network even when they had the frequency licence to do so.

Prashant Gorkan (pic), chief planning and strategy officer of Indosat, was candid in his comments at the one of the panel sessions during Informa’s TD-LTE conference, saying, “We are Indonesia’s second largest operator and we own the 2300MHz spectrum and we nearly launched WiMax with that spectrum two years ago. But thank God we didn’t.

“We’re looking to deploy TD-LTE soon but we are looking carefully at the device ecosystem before doing so and we are at the wait-and-see stage.”

Speaking to Digital News Asia (DNA) on the sidelines of the conference, Prashant noted that WiMax did not get the support of handset gear makers and its failure to do so meant that the technology could not take off in a big way due to the lack of economies of scale.

“I even expected to see more TD-LTE handsets here at the conference booths but I haven’t seen any,” he told DNA. “You’ve would have thought that at a TD-LTE conference, we would have seen working handsets on display.”

Similarly, WiMax has not taken off in a big way in Philippines too. Melvin Calimag, executive editor of Philippines tech news portal Newsbytes pointed out that Globe and Smart are still offering WiMax service but very few, if any subscribers, are using the service.

“Another player, Wi-Tribe, a partnership between Qatar Telecom and San Miguel Corporation, has been offering WiMax as its only service in the last three or five years,” Caligmag (pic) told DNA via email. “They have the biggest number of WiMax users in the country but I don't think they're profitable.”

In Malaysia, P1 has also struggled to grow its subscriber base having only depended on end-user devices in the form of dongles and Mobile Wi-Fi (My-Fi) devices for their customers, as there are simply too few, if any, smartphone-based WiMax devices in the market.

YTL Comms does offer two smartphones, the Buzz and the Eclipse, but anecdotal evidence suggests that they are far from popular, with hardly anyone in the market being seen using these devices.

It is unclear what some of the other smaller WiMax operators in South-East Asia will do given that it would not make sense for them to further invest in the technology going forward.

The more successful players have declared their intention to go ahead with their migration plans to TD-LTE, and this includes Malaysia’s P1 and YTL Comms.

Asked when he planned to migrate to TD-LTE, he remained coy, noting that it is not important what technology is used to provide mobile broadband as long as it is of high quality, reliable and useful.

Meanwhile P1 CEO Michael Lai had publically said back in 2011 that the company is already working with its lead vendor, Shenzhen-based ZTE, to upgrade its existing network to be TD-LTE compliant now that it owns the license at 2600MHz.  But to date, there is no sign of P1 having made this leap into TD-LTE.

Instead, P1's momentum seemed to have slowed down, especially after the company laid off nearly 100 of its workers in in March this year.

Next page: Questions about spectrum and devices 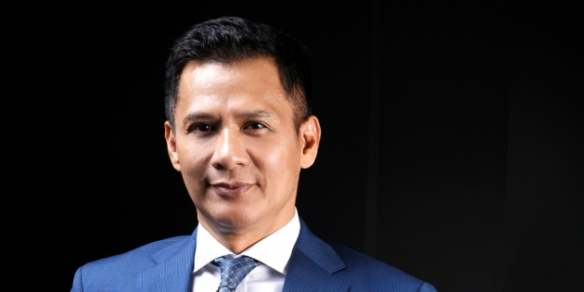