TIME dotCom Bhd said it has invested in the Faster cable system with US search giant Google Inc and four other Asian telecommunications companies.

This is TIME’s second investment in a trans-Pacific submarine cable system that will connect Asia and North America in support of its global expansion initiatives, it said in a statement. 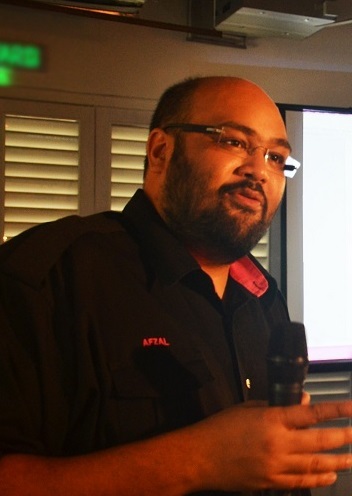 “When we first invested in Unity in February 2008, I didn’t think we’d so quickly be in the position where the demand would so steeply outstrip supply” said its chief executive officer Afzal Abdul Rahim (pic).

“I am glad that we are able to supplement our existing trans-Pacific capacity and add resilience to our global network on such an important route as the trans-Pacific segment,” he added.

Faster is also expected to extend TIME’s intra-Asia capacity when the Asia Pacific Gateway (APG) cable system, in which it owns a stake, is completed. The APG will link the high-growth Asean region to Japan and beyond to the United States, the company said.

TIME’s participation in the Faster cable system comes just four months after it announced that it had joined a consortium to construct and maintain the Asia-Africa-Europe-1 (AAE-1) submarine cable system, a high-capacity cable system linking Asia and Europe via the Middle East.

“Our participation in Faster marks another major milestone for the TIME Group’s Asia-World-Asia strategy,” Afzal said.

Faster will feature an initial design capacity of 60Tbps (terabits per second) and TIME’s investment will see it secure one dedicated fibre pair capable of carrying 10Tbps of capacity with the current 100Gbps (gigabits per second) technology.

TIME is joined by China Mobile International, China Telecom Global, Google, KDDI and SingTel as partners in Faster, which is targeted for completion in the second quarter of 2016.

Reuters reported that the proposed cable network will connect Los Angeles, Portland, San Francisco, Oregon and Seattle to Chikura and Shima in Japan. NEC Corp, which will be the system supplier for the cable network, said in a statement that construction would begin immediately.

Google currently operates its own super-fast ‘Fiber’ TV and Internet service in the Kansas City metropolitan area, and has been trying to extend its network to more cities in the United States, Reuters noted.