NEWS ANALYSIS THE deal may be just about dusted and done, but the audacious move by Microsoft Corp to acquire Nokia Corp’s handset business, although generally lauded, still faces challenges, according to industry analysts.

In an announcement yesterday (Sept 3), the Redmond, Washington-based software giant announced that the boards of directors for both companies have decided to enter into a transaction where Microsoft will substantially purchase all of Nokia’s devices and services business, license its patents, as well as license and use its mapping services.

Under the terms of the agreement, Microsoft will pay total transaction cost of €5.44 billion or approximately US$7.2 billion in cash for the Espoo, Finland-based handset maker.

“It’s a bold step into the future – a win-win for employees, shareholders and consumers of both companies,” Microsoft chief executive officer Steve Ballmer said in a statement when announcing the acquisition.

As part of the deal and to avoid any possible conflict of interest, former Microsoft executive Stephen Elop will step down as president and CEO of Nokia, resign from the board of directors, and will instead take up the position of executive vice-president for devices and services at Nokia. He will report to Risto Siilasmaa, interim CEO and chairman of Nokia's board of directors.

When the transaction closes, Stephen Elop will head back to Microsoft and lead an expanded devices team, reporting directly to Steve Ballmer, while Julie Larson-Green will report to Elop and continue to run the devices and studios team, noted a report in The Verge.

Also set to follow Elop’s transfer when the deal is done will be other top Nokia executives, including Jo Harlow, Juha Putkiranta, Timo Toikkanen and Chris Weber, Nokia said in a statement. Meanwhile Nokia’s well-respected head of design Marko Ahtisaari is leaving to pursue ‘other entrepreneurial opportunities.’

Microsoft’s takeover of Nokia will also see the former inherit the ‘Lumia’ and ‘Asha’ brands that the latter has been using in the past few years for its lines of smartphones and feature-based phones respectively.

Microsoft has also licensed the use of the Nokia brand on handsets for the next 10 years but the Finnish company will retain ownership of the brand. This effectively ends the iconic status Nokia had enjoyed as a top-selling handset maker gradually over the course of the next decade, culminating in the end of over 30 years of its history in the mobile business.

The deal comes on the back of a very difficult time for Nokia, which has in the last few years struggled to keep pace against the likes of Apple’s iPhone and Google’s Android-based handset makers like Samsung, HTC, Sony, and LG Electronics in the smartphone race.

According to the various news reports, Nokia, which had 40% of the handset market in 2007, now has only a 15% market share, and only 3% in the smartphones sector. It was once a clear leader in mobile phones, but the firm's sales fell 24% in the three months to the end of June from a year earlier. Additionally, it sold 53.7 million mobile phones during the quarter, down 27% from last year.

News of this deal had been simmering this past few months as many industry watchers predicted that Elop, a former high-ranking and well-regarded former Microsoft executive, would begin engineering a move that will eventually see the software giant inject much needed cash into the ailing beleaguered Finnish mobile firm.

Meanwhile, Microsoft’s Ballmer recently announced that he will be vacating his CEO post within the next 12 months, as the company looks for a successor.

Not a quick fix

As the news of the acquisition begins to sink further in, industry analysts warned that while the takeover move by Microsoft was generally good for Nokia, the acquisition is not a quick fix for its long-term woes, and that there was still a lot to do going forward.

Katyayan Gupta, an analyst with Forrester Research, said that the deal is generally a “positive one and a logical step for Nokia.”

“Given the financial strength of Microsoft, something that was lacking with Nokia, I believe that the Lumia brand can be now be marketed very aggressively in the consumer space and that can pose a serious challenge to Apple and Samsung devices,” he told Digital News Asia (DNA). “In addition, having devices and the operating system (OS) under one roof will mean that the product hardware and software will be more tightly integrated, and this should improve the performance of Nokia’s Lumia devices. Also, it would expedite innovation at all levels – at the hardware, OS and application levels,” he added.

Ronan de Renesse (pic), principal analyst at Analysys Mason, however said that the acquisition is expected to have limited impact on the smartphone market in the short- to medium-term.

Noting that Nokia and Microsoft have been working hand-in-hand for more than two years on the Lumia range, Renesse said he does not expect the deal to fundamentally change the Lumia team and its product roadmap for another 12 months.

“The biggest opportunity for Microsoft is in the non-smartphone space,” he said in a research note to DNA.

“Microsoft will gain a foothold in developing markets via Nokia’s non-Lumia device portfolio, in [markets] such as China, the Middle-East, Africa and Latin America, where 45.5% of Nokia mobile devices ended up in,” he said, adding that this would strengthen Microsoft’s position vis-à-vis Google in connecting the next billion people.

Forrester’s Gupta added that one area Microsoft can gain is from an enterprise mobility perspective, where it could position itself as a ‘one-stop-shop’ for organisations as it can now offer solutions across the entire spectrum of mobility.

“This includes end-user devices (smartphones and tablets), productivity software (Office), collaboration tools (Skype, Lync, Yammer) and cloud solutions (Azure, Office 365, Sky drive) – all of which can be built on top of Microsoft Exchange,” he said.

Despite the optimism, there are other analysts who warn of impending challenges to this deal. 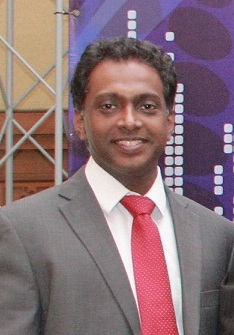 Manoj Menon (pic), managing director at Frost & Sullivan, noted in a BBC article that mobile is an area of tremendous potential but has been one of Microsoft’s weaknesses.

“Clearly, the No 1 priority for the company is to get its mobile strategy right,” he pointed out. “From a strategy point of view, this deal is the perfect step; the only question is how well [Microsoft] can execute this plan.”

In the same BBC article, Ian Fogg, head of mobile analysis at IHS Electronics & Media, was quoted as saying that the company has a “long road ahead to establish Windows Phone as a viable competitor to Android and Apple's iPhone.”

Michael Morgan, an analyst with ABI Research noted in a Wall Street Journal article, "Historically, I've always seen Microsoft as the place where mobile technology goes to die," he was quoted as saying. I'm just not entirely sure if this closer owner relationship will allow them to make better phones than under their previous alliance."