MAXIS Berhad posted revenue of RM2.327 billion (US$782.39 million) for the first quarter (Q1) of 2013, a 4.4% increase over the same period last year, saying it recorded healthy growth across all business segments with data services, particularly mobile Internet, being the key growth driver, up 17.3% from a year ago.

“Our Q1 performance was a result of our continued focus to lead in the data space and build a strong ecosystem of partners to enable us to offer integrated propositions to our customers,” said its chairman Arshad Uda (pic).

“These efforts saw us optimising our mobile business and capturing growth opportunities in data and the digital world,” he said.

“We also registered an Earnings Before Interest, Tax, Depreciation and Amortisation (EBITDA) of RM1.122 billion, 5.4% higher than the preceding quarter, driven by higher revenue, lower sales and marketing cost, and other operating expenses. EBITDA margin improved by two points to 48.2%,” he added.

Maxis non-voice revenues now stand at 47.8% of mobile revenues, and it said it has 8.5 million active mobile Internet users with 39% of them using smartphones, which it continues to seed in the market.

“As a result, nearly 69% of our non-voice revenue comes from Internet and data services,” Arshad said. “Overall, Maxis continued to lead the market with a total mobile subscription of 14.1 million.”

The company said it invested RM191 million in capex (capital expenditure) in Q1 2013. Since the launch of its high-speed 4G LTE network on Jan 1, it has expanded its 4G LTE footprint, allowing approximately 100,000 customers to enjoy speedier Internet access.

“We expect to increase 4G LTE coverage to more areas in the Klang Valley as well as Penang and Johor Baru by the second quarter of 2013,” said Arshad.

“With LTE, we have a strong suite of data spectrum, catering to the growing needs of the customers and providing them with the best digital services,” he added.

In addition to High Definition content, uninterrupted viewing, Astro On-The-Go offering and PVR services, customers will enjoy a unique content offering from Maxis and Astro which will further differentiate its services from competitors, the two companies claimed.

“Our focus for 2013 is to continue building on our leadership in the data business,” said Arshad. “We will drive growth in our core business while investing in future digital services with continued investment in our infrastructure to meet ever growing customer demand for data access and higher speeds.” 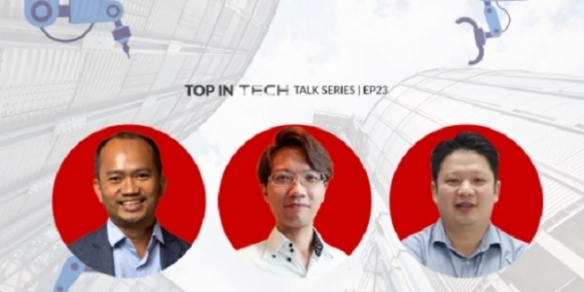