UNTIL YTL Communications Sdn Bhd (YTL Comms) landed the 1BestariNet project last year from the Ministry of Education (MoE), it was looking like the company would struggle to fulfil the grandiose promise laid out by its executive chairman Francis Yeoh.

In an October, 2010 interview with this writer, then with business weekly The Edge, Yeoh had vowed to turn Malaysia into “the world’s most advanced nation for communications by [Dec 2011]” with the launch of its Sezmi video content delivered on the back of its WiMAX-based 4G network.

He declared that Malaysia would have the world’s first nationwide quadplay service by then.

His 2010 bet on Sezmi, a company that focuses on combining the strengths of wireless broadcast technology and the Internet to offer personalised entertainment solutions to consumers, did not pay off.

Failing to find market traction, even in the United States, Sezmi, which raised a reported US$70 million, ended up selling its assets for US$27 million in December, 2011.

Yeoh had taken an undisclosed stake. No shame in that, as betting on any disruptive technology is risky business and not for the faint-hearted. But even its YES 4G network has struggled to show meaningful traction despite an investment in the range of RM2.5 billion and having been in operations since November, 2010.

Launching with 1,000 base stations and 65% coverage of populated areas in Peninsula Malaysia, it today claims to have 4,000 base stations with 85% coverage in the peninsular. East Malaysia is next with the rollout there planned to start from the third quarter of this year.

It’s not that the network is slow, as YTL Comms chief executive officer Wing K. Lee (pic) claims, saying that speedtest.net tests have consistently rated YES to be the fastest in the country over the 20 months it has gone live. He also claims it has the highest customer satisfaction.

With coverage not an issue, nor network speed, its subscriber base of over 500,000 active customers seems small. In comparison, Tune Talk, which does not own its own network, already claims over 700,000 active subscribers.

Even rivals who were once wary of the potential threat of YTL Comms to their cash-cow telco business no longer seem to consider YTL a threat, for now. The LTE (Long-Term Evolution) battlefield lines are still being drawn. What’s interesting about YTL Comms is that while it had the telcos squarely in its sights, with Yeoh describing getting some real competition into the market as “my cause célèbre,” don’t call it a ‘telco.’

All of us who have been calling YTL Comms a telco are apparently wrong. Even Frost & Sullivan, which recently recognised YTL Comms as the ‘Most Promising Telecom Service Provider of the Year’ (pic), has it wrong.

Goggle got it right though. Turns out YTL Comms is an Internet company “through and through.” It has been from day one when Wing convinced the board of directors that it had to break away from the SIM card mentality as that makes you dependant on the mobile phone.

“If you look at all the major Internet companies, they are tied to user identity and that is what we must build too,” he said to his board when he came on board as CEO in 2009. That’s how the YES ID came about.

“That’s why Google likes what we are doing,” claims Wing. “ ‘You get it about the internet,’ they tell us and that’s exciting validation for us.”

As Digital News Asia (DNA) wrote last week, Google got into the picture through its Chromebook and because of the 1BestariNet project.

“If we do it right, we have the future secured,” says Wing. The dangle of Phase 2 and its multi-billion contract, coupled with the election promise of the Barisan Nasional Government to provide 10 million free laptops to schoolchildren, parents and teachers is more than enough incentive.

When put forth the observation that YTL Comms seems to be mainly focused on 1BestariNet now, Wing admits that while the company is very excited and thankful for the project, it merely offers the company the opportunity to show what it can do with its ID-based concept.

“To us, 1BestariNet offers us a showcase of how far this ID-based concept of ours can go,” he says.

“Every parent, teacher and child will get a YES ID to access our 4G network; they have access to our FROG learning platform on the cloud; students can use Google Docs for their work; use chat and Hangout and generally collaborate online. All this through one user ID.”

He describes this approach as “super exciting” and claims that no other operator globally has done anything like this based on an ID approach. “Ask Google. That’s why they are so excited and want to work with us,” he says.

And this is the focus for YTL Comms in the future too because by rolling out its network to all the schools in the country, parents, teachers, students and the communities around the schools get to know the YES brand.

The hope is that they will then choose YES for their mobile connectivity needs too. “When they have tasted the real deal, they get used to it,” Wing says.

Next page: Q&A with Wing 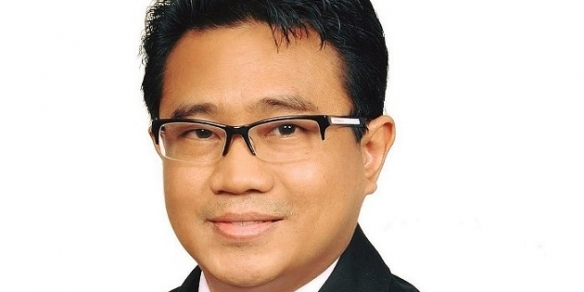