TELEKOM Malaysia Bhd (TM), the largest fixed-line phone company in the country, is asking for a two-month extension to obtain the necessary approvals for its acquisition of a majority stake in wireless broadband service provider Packet One Networks (Malaysia) Sdn Bhd (P1).

“The parties to the Investment Agreement have mutually agreed to extend the Longstop Date from July 31, 2014 to Sept 30, 2014,” TM said in its filing with Bursa Malaysia yesterday (July 31).

Under the terms of the Investment Agreement, the parties related to the deal –TM, P1, South Korea’s SK Telecom Co Ltd and Green Packet Bhd – have agreed to a time extension if industry regulator the Malaysian Communications and Multimedia Commission (MCMC) is not able to approve three areas relating to the deal.

These three areas are: The change in shareholdings in P1; the additional spectrum to be leased by TM pursuant to a spectrum lease agreement to be entered into between TM and P1; the detailed business plan in relation to the requisite spectrums to be granted to TM.

In March, TM announced that it had agreed to buy a 57% stake in P1 for RM350 million (US$106 million). It also agreed to buy exchangeable bonds from P1’s parent Green Packet for RM210 million (US$64 million). These bonds can be exchanged for stakes in P1 at a later stage.

Once the deal is completed, TM, via its wholly-owned unit Mobikom Sdn Bhd, will own the 57% stake, while Green Packet will see its stake reduced to about 30% and SK Telecom’s stake will be down to 13%.

Analysts whom Digital News Asia (DNA) spoke to when the deal was first announced were mixed in their views, with many taking a neutral stance on the proposed buy-out.

Some even said that TM will have its work cut out for it in terms of how it will integrate its infrastructure with P1’s, and market its services.

About two months ago, TM submitted its detailed business plan to the MCMC, which however has yet to approve it. 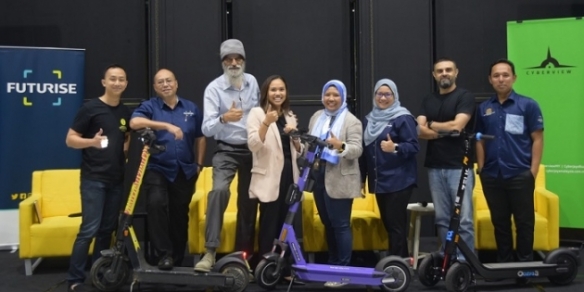