CELCOM Axiata Bhd, a wholly-owned unit of Axiata Group Bhd, expects 2014 to be the ‘Year of Battles’ for mobile operators, according to its chief executive officer Shazalli Ramly (pic).

“When the gap amongst the players is closing down, competition will be intense.

“We believe this will be the year of battles, where all of us (mobile operators) will be fighting for a share of customers' emotions and … customers' wallets," he said during a media briefing on the company’s financial results on March 4.

The mobile telecommunications landscape has seen drastic changes over the past few years. There have been an increasing focus on growing the data business, changes in the top management of telcos, as well as changes in market leadership in certain segments.

Celcom, which at one point was a laggard in the local mobile industry, now has the largest slice in terms of subscriber base, and is creeping up on long-time market leader Maxis Bhd in terms of revenue.

Nevertheless, Shazalli played down Celcom’s achievements and said there was still plenty of room for improvement behind these numbers.

“Yes, we have the largest subscriber base now, but if you look at the average revenue per user (ARPU), there are areas in which we are still behind,” he said. This year, Celcom will also be expanding its LTE (Long-Term Evolution) sites aggressively. So far, it has over 700 LTE sites up and running, and aims to have 2,014 LTE sites by the end of the year.

“Our capex for this year will be not more than RM1 billion. From the amount, about 20% will be allocated for LTE,” said deputy chief financial officer Jennifer Chui Fen Wong (pic).

About 65-70% of Celcom’s total capex will be allocated for improving its network, while another 20% will be used to improve quality of services. This includes its IT transformation programme, which is now at its tail-end.

The company invested RM923 million in capex in 2013, a slight decrease compared with the RM949 million it spent in 2012.

In 2013, Celcom registered a 3.7% growth in revenue to RM8.02 billion, the first time it breached the RM8-billion revenue mark.

Not surprising, the main growth driver for revenue and earnings was its data business. Revenue for its broadband rose 18% to RM1.09 billion against RM927 million in 2012, while the number of broadband subscribers rose 17% to 1.22 million.

“The decline was mainly due to rotational churners, who are mainly foreign workers. But the good news is, in terms of domestic customers, the numbers are stable,” claimed Chui. 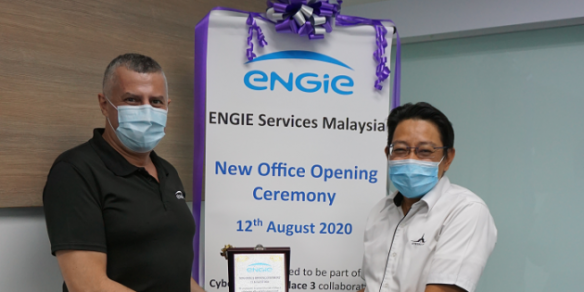