NEWS ANALYSIS The curtain call of the maker of one of most popular smartphones in history is coming down sooner than many would like, as efforts to turn around its fortune continue to hit snag after snag.

Ontario, Canada-based BlackBerry, maker of the once-upon-a-time hugely popular BlackBerry smartphone, got a black eye on June 28 when its shares dove 28% – the biggest decline since 2000 – after the company reported profit and phone shipments that missed analysts’ estimates, Bloomberg reported.

The plunge was attributed to a shortfall in sales of the flagship Z10 handset, which was introduced in February as a viable competitor to market leaders Apple’s iPhone and Samsung’s Galaxy series of smartphones.

The company reported a surprise loss of US$84 million for the quarter ending June 1, sending its shares down more than 25% to US$10.80 on June 28, Forbes reported, adding that BlackBerry shipped 6.8 million smartphones in the quarter, of which 2.7 million were powered by its new BlackBerry 10 software platform

The smartphone maker’s shares were bolstered earlier in the year when rumours hit that China-based Lenovo was possibly interested in acquiring BlackBerry, news that help stabilised its market valuation at US$7.6 billion as of June 27, according to The Guardian.

But on the back of missed targets, the British broadsheet said BlackBerry’s shares got wiped out more than US$2 billion, all the way down to US$5.4 billion.

Compounding BlackBerry's woes is the fact that the planned currency devaluation in Venezuela, which held back payments from BlackBerry subscribers in the country, had slashed US$72 million from service revenues, the newspaper added.

The severe missed profit targets can be attributed to a host of reasons. The first has to do with the difficulties faced in turning around a company whose products largely only appeals to diehard fans.

Other reasons include the reluctance of application developers to support the BlackBerry OS (operating system) ecosystem and its inability to stem the tide of ‘defectors’ to other platforms such as Apple’s iOS or Google’s Android.

Citing Charles Golvin, an analyst at Forrester Research, Bloomberg noted: “The question is can they [BlackBerry] stay relevant and remain one of the choices that is on the table. So far the answer is unclear.”

The sluggish sales growth heightens the risk of a spiral for BlackBerry in which software developers are more reluctant to build games and other apps for BlackBerry 10, which then turns off consumers, said Golvin.

“As sales look less promising, it’s more difficult for BlackBerry to convince developers to create unique and customised apps for the BlackBerry platform,” Golvin noted. “That is definitely a big risk for the company.”

Most analysts who track BlackBerry’s stocks were in agreement that the smartphone maker faces more than an uphill climb in the bid to reverse its fortunes.

Roger Cheng of CNET wrote that BlackBerry continues to pull itself back from the brink as it expands its line-up of BlackBerry 10-powered smartphones and attempts to reinvigorate sales and profits.

The company, he said, however still faces tremendous challenges in the form of deep-pocketed rivals, and while it has excited the hardcore BlackBerry faithful, it remains unclear whether other consumers are keen.

“Consumer interest appears to be waning and adoption in the enterprise is only partial and slow,” CNET quoted Sanford Bernstein analyst Pierre Ferragu as saying.

Ferragu went on to say in The Guardian, that “in terms of user traction they are in crash mode. They [BlackBerry] are getting closer and closer to the ground at an accelerating pace. You should never say never, but it is probably too late for them to be acquired by anyone.”

Similarly, Reuters quoted John Goldsmith, the deputy head of equities at Montrusco Bolton Investments Inc, as saying that "BlackBerry is on a very short leash.”

“I wouldn’t be surprised if within the next two quarters there is a definitive announcement with regard to other options that this company could be looking at, whether that’s putting itself up for sale or some other option,” Goldsmith said. 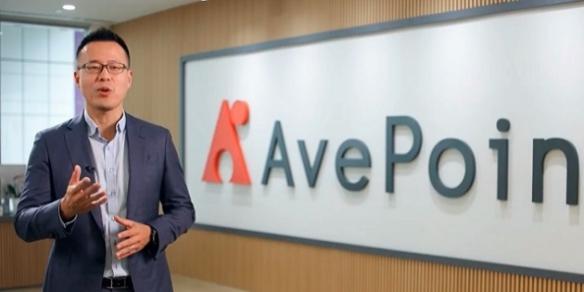