IT APPEARS that brighter days are ahead for Maxis Berhad’s home services business, as a big bulk of its “operational challenges” are now matters of the past.

Maxis’s journey in the home services business has been bumpy since the offering was launched in 2011. In 2013, the business suffered a loss from operations of RM307 million, compared to the RM187 million operational loss in 2012.

“We had operational complexity over the past few years. We believe in the segment, as people want to have quality and high speed broadband in the house. When we say we want to give the best Internet experience, it should be across all platforms. But we have some homework to do.

“Our overall operational experience with Telekom Malaysia Bhd (TM) was imperfect, and our arrangement with Astro Malaysia Holdings Bhd is business-wise challenging, on top of that, we have our own challenges,” said Maxis chief executive officer Morten Lundal (pic) during a media conference in Kuala Lumpur yesterday (May 7).

Over the past few months, the company has been busy working to resolve these issues, including negotiating with both TM and Astro on the possibility of changing certain elements in the current arrangement.

“We have gone through all these exercises over the past few months, and I am happy to say that when it comes to the operational cooperation with TM, it has much-improved. We have also finalised a new arrangement with Astro,” Lundal revealed.

Lundal also revealed that one of the company's top priorities for the near-term is to offer enterprise fibre to its business customers. “Enterprise fibre is a key ingredient in solution enterprise,” he said.

Enterprise segment is one of the areas where Lundal believes Maxis can perform much better.

He added that with new technologies and mobile devices coming up, the company will have the opportunity to leverage these technologies to offer services to its enterprise customers.

“Over a period of 12-18 months, you can see us coming up with new, advanced and innovative, technologies, to help Malaysian enterprises in a new way of working. I see good growth prospects by being really good in this area. It can be very promising. It’s not easy to do, but that’s why we want to do it,” he said

Meanwhile, he also added that it is not likely going to go “head-on” with TM when comes to offering basic broadband services to customers.

“We are not looking at a volume game to compete with TM, we are looking at a boutique offering. We like to offer to demanding customers the best of our solutions. We also like to bundle those solutions with the mobile relationship they have with Maxis,” he added.

Besides that, its earnings before interest, tax, depreciation and amortization (Ebitda) margin has increased to 50.6%. This is a substantial improvement versus the Ebitda margin of 48.2% and 43.7% recorded in the first quarter and fourth quarter of 2013.

Lundal attributed the higher Ebitda margin to the “unusually low marketing activities” in the first quarter and warned that such high margin is not likely to be sustainable in the remaining quarters. Nevertheless, Lundal expects its margin will still be at a “normal high level”.

Although it posted a profit growth, the company suffered a 8.9% decline in revenue at RM2.12 billion, versus RM2.33 billion during the first quarter last year. During the period, service revenue (which does not factor in Device and Hubbing revenues) fell 4.9% to RM2.04 billion.

The decline in service revenue was mainly driven by lower voice and SMS usage. In addition, service revenue in the quarter was further impacted by the “intentional elimination” of pay per use charges related to data roaming and certain mobile Internet propositions.

“We believe that such charges are not sustainable in the longer term and will deter new users from adopting mobile Internet which will be the growth driver of the industry moving forward,” said Lundal.

The first quarter also saw a decline in its overall subscriber base, with prepaid segment taking the biggest hit. During the quarter, Maxis lost 290,000 prepaid subscribers. It now has 9.24 million prepaid customers, versus 9.53 million on December 31, 2013.

However, he believes the issues have been solved with the launch of its latest Hotlink plan; and that the key to reviving the prepaid segment is to ensure that customers doesn’t get a bill-shock when using data, providing them the best value in services, all on the back of a good quality network.

Lundal explained that the decline is mainly driven by people preferring to surf the net via a tablet or other mobile devices, as opposed to a wireless dongle.

In some ways, the decline in some areas of the company’s business was not entirely surprising, as the company is currently embarking on a “transformation journey.”

In fact, Lundal had earlier warned that 2014 will be a year of transformation for Maxis, when the company would allow itself a few quarters of “underperformance.”

“By 2015, we will be performing again and in 2016, we would like to get to what we call the ‘state of excellence’,” said Lundal during an interview with Digital News Asia in February 2014.

The company also announced that it has spent RM118 million in capital expenditure (capex) in the first quarter. Earlier this year, the company revealed that it will be allocating RM1.1 billion in capex for 2014. 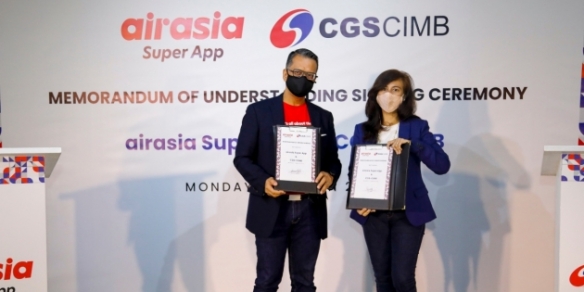